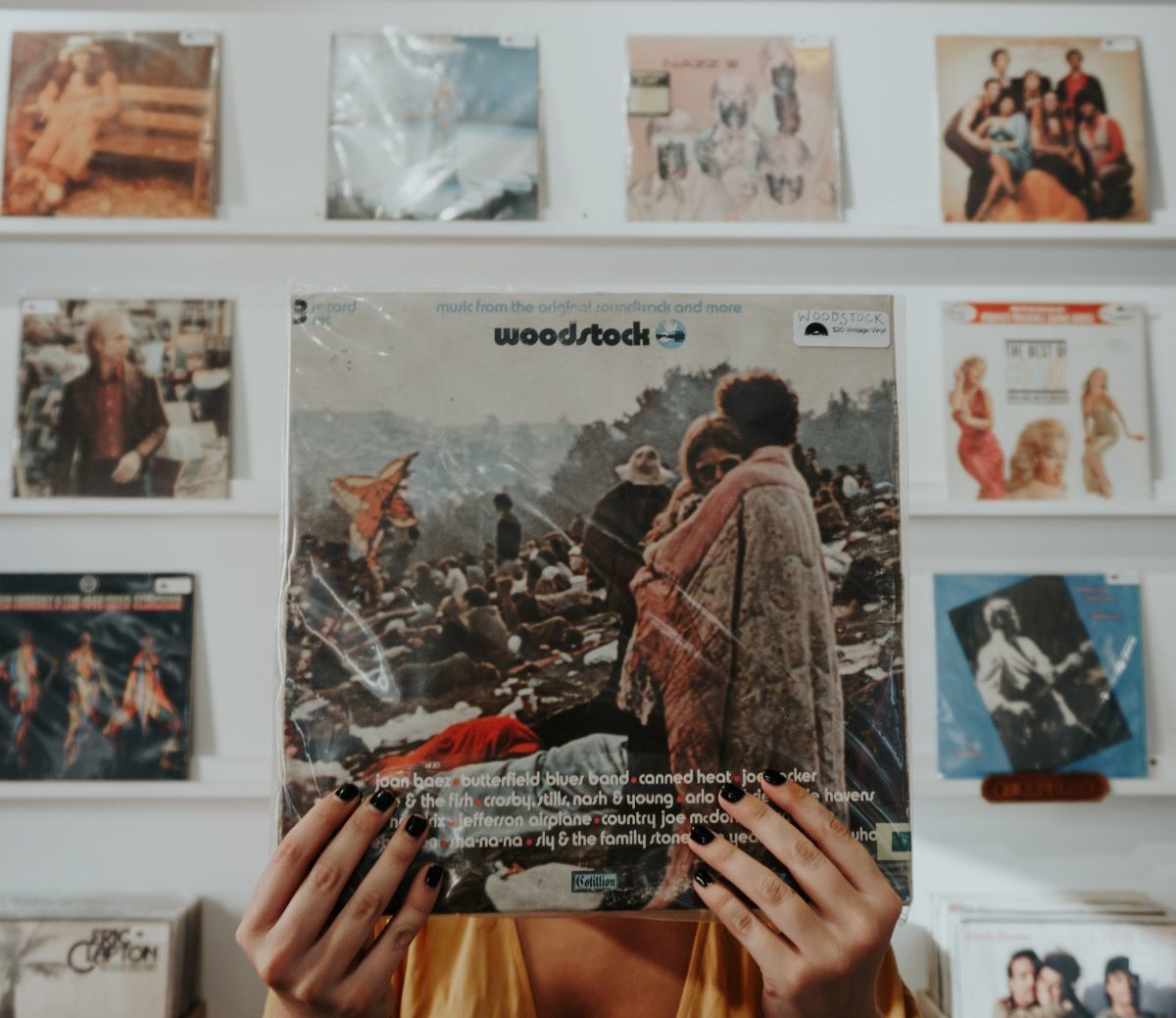 Writing in 2000, Roger Kimball noted that “The Age of Aquarius did not end when the last electric guitar was unplugged at Woodstock. It lives in our values ​​and habits, in our tastes, pleasures and aspirations. It lives especially in our educational and cultural institutions, and in the degraded pop culture that permeates our lives like a corrosive fog… Although we are sometimes tempted to ignore it, we are living in the aftermath of a far-reaching moral and social assault.”

Kimball’s book was aptly titled The Long March: How the Cultural Revolution of the 1960s Changed America. Eight years later, in 2008, Kimball wrote Incumbent Radicals: How Politics Has Corrupted Our Higher Education. How far has this corrupting process gone?

Writing for the Washington Post in 2016, Christopher Ingraham noted that, “If you have spent any time at a college or university in the last quarter century, it probably won’t surprise you to learn that the professors have become surprisingly more liberal. In 1990, according to UCLA Higher Education Research Institute (HERI) survey data, 42% of professors identified themselves as ‘liberal’ or ‘far left’. By 2014, that number had jumped to 60%.”

He continued: “In academia, liberals now outnumber conservatives by roughly 5 to 1. Among the general public, on the other hand, conservatives are considerably more prevalent than liberals and have been for some time.”

That’s why Jon A. Shields written an article for National Affairs in 2018 titled “The Disappearing Conservative Professor”. Surprisingly, he wrote: “According to a recent [2018] study on faculty party affiliation by the National Association of Scholars, the ratio of Democrats to Republicans at Williams College is 132:1; at Swarthmore it is 120:1; and at Bryn Mawr it is 72:0. At many of America’s top research universities, the ratios are only moderately better.”

As I noted in my 2022 book The silencing of the lambs“A recent [2020] survey by the harvard crimson discovered that conservatives make up just over 1% of the school’s faculty” (see here for more details.) The handwriting has been on the wall and this sea change has been long predicted.

But not everyone saw this coming.

Russell Jacoby, Professor Emeritus, Department of History, UCLA, admits that in the late 1980s, “I argued that conservatives should wake up from their nightmare of radical academics destroying America and relax; academic revolutionaries worried about their careers and advantages. If they made waves, they were confined to the campus pool.”

Hoy writes: “Only now do I see that I was wrong about something, as were my critics… I missed something, the incipient takeover of the public sphere by campus dwellers and jargon.”

In fact, Jacoby’s December 19, 2022 article in The Tablet is titled “The Takeover. Sanctimonious professors have spawned sanctimonious students and have unleashed them in the public square.”

Jacoby taught for years at one of the hotbeds of leftist radicalization, UCLA. And he says it of his generation, the generation of the ’60s: “We were much more radical in pose than previous American intellectuals. We were the leftists, Maoists, Marxists, Third Worlders, anarchists, and protesters who regularly shut down the university in the name of the war in Vietnam or free speech or racial equality. Yet for all our attacks on the university, unlike previous intellectuals, we never left campus. we settled in. We became graduate students, assistant professors, and eventually some of us leading figures in academic disciplines.”

He continues: “Within 30 years, the wood and tone of the faculties were remodeled. In the 1950s, the number of public leftists teaching in American universities could be counted on two hands. In the 1980s, they filled airplanes and hotel conference rooms. In the 1980s a three-volume study of the new Marxist scholarship appeared (The Left Academy: Marxist Scholarship on American Campuses, Vol. 1-3). A host of new magazines appeared, each with its own following, such as left studies, Radical Professor, radical america, Insurgent Sociologist, Radical Economists. Over the next few years, the leaders of major academic organizations, such as the Modern Language Association or the American Sociological Association, elected self-professed leftists.

Now, go back to the Kimball quote, quoted at the beginning of this article. Things went just as he said.

But, Jacoby adds, the story becomes a bit more complicated, since the universities were unable to place these radical graduates in meaningful academic positions.

As a result, “It is the exodus from the universities that explains what is happening in the culture in general. Leftists who would have disappeared as assistant professors at conferences on narratology and gender fluidity or disappeared as law professors with illegible essays on misogynistic hegemony and intersectionality have been pushed into the mainstream.”

Specifically, “They are part of the growing diversity and inclusion police stations that assault us with insipid statements and stupid programs written in the language they learned in school. We are witnessing the invasion of the public square by the campus, an intrusion of academic terms and sensibilities that has leapt the ivy-covered walls with the help of social media. Campus buzzwords—diversity, inclusion, microaggression, power differential, white privilege, group safety—have become the buzzwords in public life. Already confusing on campus, they become noxious off campus. ‘The sloppiness of our language,’ Orwell declared in his classic 1946 essay, ‘Politics and the English Language,’ makes it ‘easier for us to think foolish thoughts.’

Now silly thoughts rule the culture, displayed most prominently in transgender ideologyresulting in phrases like “his penis” and “people who give birth” and “menstruating men”.

As Jacoby writes, “When women are eliminated from Planned Parenthood literature with the explanation, ‘It is time to retire the terms ‘women’s health care’ and ‘a woman’s right to choose’…these phrases erase to trans and non-binary people having abortions.’ Or when the NARL (National Association for the Repeal of Abortion Laws) announces that it is replacing the phrase pregnant women with ‘persons who give birth’ and states: ‘We use gender-neutral language when we talk about pregnancy, because it’s not just about cisgender women getting pregnant,’ we know the authors of these changes specialized in gender studies and critical nonsense.”

Blather is a good way to describe this.

Worse still, as many of us have warned for years, the strongest advocates for “diversity” and “inclusion” have become the leading opponents of free speech.

And so, Jacoby concludes, the students of these radical professors “are an absolute disaster, intellectually and politically, when they enter the workforce. They could be the American version of the former Soviet apparatchiks, functionaries who carry out party policies. Intellectually, they fetishize buzzwords (diversity, marginality, power differential, white privilege, group safety, hegemony, gender fluidity, and the rest) that cover it all.”

The results have been catastrophic, to say the least.

Jacoby’s article should be read in its entirety, as my quotes here provide only a sampling of his views.

But my hope for those who have scoffed at our concerns for decades is very simple: Please listen to us now. We said that these days were coming, the result of the sexual revolution of the 60s, especially promoted by LGBTQ+ radicalism. And we have said that things will only get worse unless we make a radical course correction.

Will you listen to us now?

Dr Michael Brown (askdrbrown.org) is the host of the nationally syndicated Fire line Radio show. His last book is Revival or We Die: A Great Awakening Is Our Only Hope. Connect with him at Facebook, Twittereither Youtube.

Join thousands of people to get the LIBERTY POST free newsletter, sent twice a week from The Christian Post.