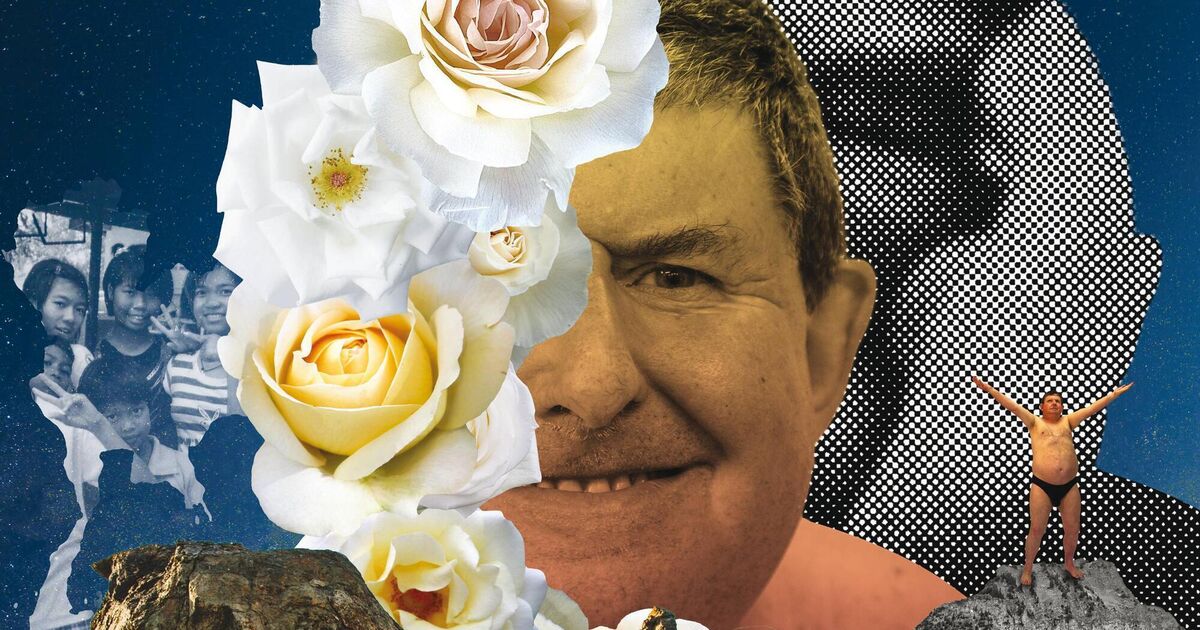 Mark Storor has a wealth of experience facilitating and collaborating on art projects, but his most recent endeavor had particularly personal resonances. Before The Rainbow… And After, produced in association with the Cork Gay Project, explores the experiences of older gay men. The moment of the invitation to work on the project was especially suitable for the British artist.

“As a 60-year-old gay man, I really couldn’t say no to the idea that in my 60th year, the year of my birthday, I could work with a group of men like myself and find ways to share and tell our stories of meaningful ways,” he says.

Storer lives on the Welsh island of Anglesey, but Cork holds a special place in his heart and he has worked in the city many times. There was another poignant echo for him in the Before The Rainbow project; he had planned a similar venture with the late gay rights activist Dave Roche that sadly never came to fruition.

“Dave and I had talked about creating a project with farmers who identified as gay and it was something that we started very tentatively and quietly. Like a lot of these things, we couldn’t continue, then Dave got sick and died. It’s a very strange tapestry of things that to me are very personal, very meaningful; At the same time, having the opportunity to be the artist working with the men to create this work is a real privilege.”

Stoor worked with ten older GBTI+ men in workshops over two months, where they found different creative ways to tell their stories, culminating in a recently released book of photography, collage and poetic text, as well as a film.

Many themes emerged from the process, including continued discrimination, social homophobia and isolation, but Stoor wishes to emphasize that these themes, while very important, are also not the entirety of the men’s experience, and there were many moments of joy and fun in the process.

“By working in a practical and creative way, things came up that I could then reflect on. Next week we would say, ‘well, right now, there was something pretty important here, let’s explore it.’ So the process is very playful, because the game is very important. It is how we learn about life and practice life, we can take risks and be brave without having the consequences of disaster. There were also reminders that health problems related to living with HIV continue to have an impact.

“A [of the participants] is living with HIV. Men living with HIV, who were told they wouldn’t even make it to this age, are now facing things like diabetes, dementia or other things they didn’t imagine they’d face. Also, the entire HIV and AIDS crisis was only 40 years ago, and yet there are younger gay men, men who sleep with men, or GBTI+ people who know little, if anything, about it.

“On one level that’s fantastic, but on another level it was such a short time ago and it’s still prevalent now. There are medications and ways to live with HIV, but there needs to be a sensible and proper conversation about it to maybe put it in context.” … I am worried about that.”

According to Storor, the veil of invisibility that falls as people age can be especially difficult to manage.

“Women in particular are talking more about what it means to be older and become invisible. The interesting thing is that as a gay man, you might have been forced to be visible whether you wanted to or not. You get used to defending that visibility. But then suddenly, by dint of your age, you become invisible. Not only do you become invisible, but people make assumptions about who you are, what you are, and how you live your life.

“That has another side effect when people go into nursing homes or nursing homes. That can happen to anyone. Someone can be a phenomenal scientist or pioneer in some field in their life, but that often goes unrecognized.”

While Before The Rainbow is viewed through the prism of the experience of older gay men, much of what it explores is universal, says Storor.

“This is a project about older gay men, but we’re all dealing with the same thing: it’s about who we are as human beings, how society views us. It comes from a particular prism, but ultimately it’s about what it’s like to be human and how we want to live, your story is my story is our story”.