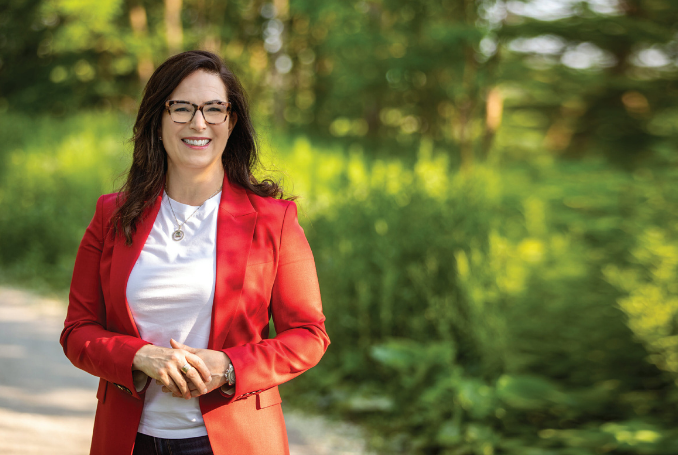 Recently, two Canadian Members of Parliament (MPs), Ya’ara Saks and Anthony Housefather, expressed their strong disapproval by Robin Wettlaufer, Canadian Representative to the Palestinian Authority. Having had a nice meeting with him, she described Palestinian official Jibril Rajoub as a friend in Canada.

The tweet itself, from the Saks account, reads: “I and @AHousefather are vehemently opposed to describing Jibril Rajoub as a friend of Canada. He has been accused of glorifying terrorism and is guilty of inciting hatred and violence against Israelis by politicizing the sport. He does not share our values ​​as Canadians.”

I and @AHousefather vehemently opposes describing Jibril Rajoub as a friend of Canada. He has been accused of glorifying terrorism and is guilty of inciting hatred and violence against Israelis by politicizing the sport. He does not share our values ​​as Canadians.

This further reinforced for me the lack of moral leadership in Canada.

Both deputies were quick to condemn Wettlaufer, whose sympathies for Rajoub – apart from his personal or political past – were mainly a reflection of the meeting. However, for much worse things, like the bombing of Gaza in early August that claimed the lives of 49 Palestinians, 17 of whom were children, and the murder of Palestinian journalist Shireen Abu Akleh, they said nothing. And it is obvious why: Israel was in both cases the perpetrator.

We cannot expect the Canadian government to act on behalf of Palestine, let alone in solidarity, while remaining silent about the injustices it faces or, like Saks and Housefather, just condemning the Palestinians. It amounts to shielding Israel for its crimes against humanity while seizing every opportunity, big or small, to frame the Palestinians in a negative and dishonest light.

See also  "I had to Google some of this stuff myself!" Amstel on the importance of talking about LGBTQ+ experiences

Of particular concern is Saks. Not only does he never condemn Israel, a priority for any elected official in a liberal democracy. It has also been declaredproud zionist.”

We have to take this seriously. Zionism is not simply an ideology, belonging solely to the realm of ideas or abstractions. If it were, perhaps it would not be objectionable insofar as there is nothing nefarious about the idea that Jews have a right to a homeland. But Zionism, which happens outside the head, is disastrous. It manifests itself in the criminal brutality that Israel commits against the Palestinian people. Also, how the culprits are identified here, religiously or otherwise, is irrelevant. All that matters is that Palestinians are being killed and that the occasional perpetrators are held accountable. Likewise, you are free to dislike this article. But for me to attack him as anti-Italian for that is absurd.

Saks, like other apologists for the state of Israel, has shown no urgent concern about the daily suffering and oppression of the Palestinian people. Instead, they go to great lengths to amplify what offends them and considers it a “threat” to Israel’s existence, which are actually legitimate criticisms of the state of Israel (not the religion it purports to defend). He smells of paranoia. Yes, people don’t like Israel’s actions, but they have good reason. They are killing innocent Palestinians.

To insist that Israel’s existence hangs in the balance is false. Their goal is to divert attention from the ethnic cleansing of Palestine. This distraction gains strength when Israeli apologists profess to be committed to various social justice causes: women’s rights, people of color (except Palestinians), the LGBTQIA community, etc. It’s a pretty convenient ruse. While this is happening, people are not thinking of Israel, the criminal country, but of Israel, the progressive country. It is an illusion. You can publicly advocate for as many social justice causes as you want. But if he continues to endorse the ethnic cleansing of Palestine, even implicitly when not using his position of power to denounce it, he is up to no good. You are being a moral fraud.

The defense of human rights is a proposition of one or the other. Either you want them for everyone or for none. When your actions or words say that you believe in human rights but not Palestinians, you lose all credibility as a person who cares about social justice. You’re doing it to make people like you. There are fewer things that you can consider dishonorable.

Social justice can never be a vanity contest.