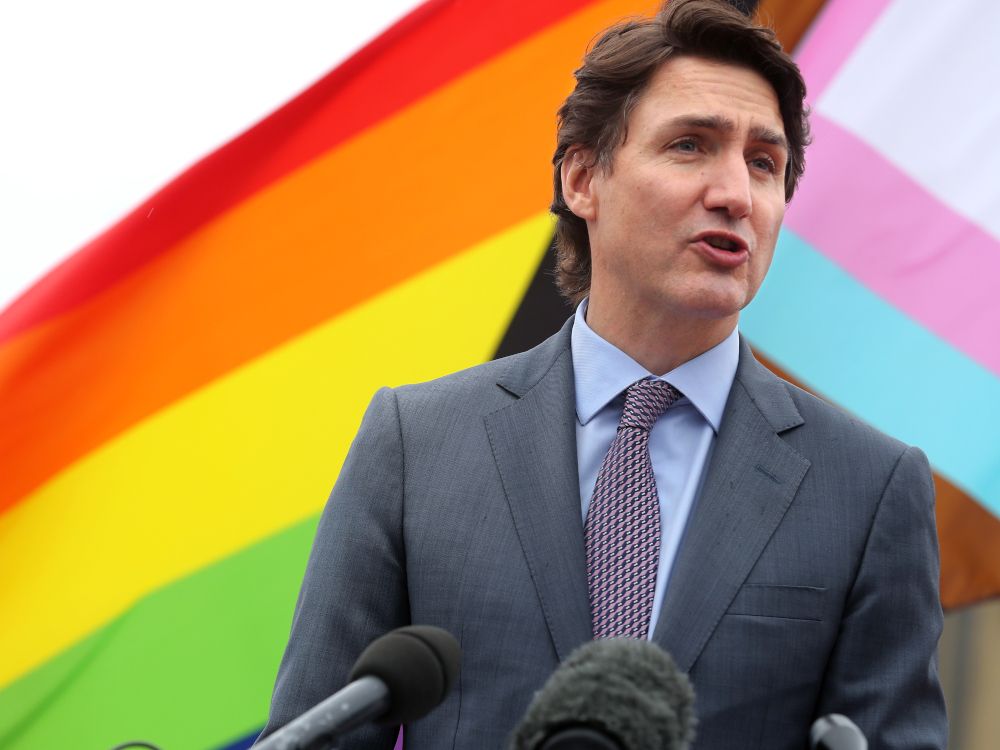 Prime Minister Justin Trudeau will a special appearance on an upcoming episode of “Canada’s Drag Race: Canada vs. the World,” and people across the political spectrum are cringing. The self-promotional reality TV stunt of his perfectly sums up Trudeau’s tokenism on LGBTQ issues.

The show is part of the mammoth “Drag Race” franchise, which exploded in a cultural phenomenon in the mid-2010s. The franchise’s original series, “RuPaul’s Drag Race,” featured American drag queens vying for the chance to be crowned a “drag superstar” by drag legend RuPaul. Having spawned 15 spin-offs, this culture machine is undoubtedly the reason why drag queens have become ubiquitous today.

The NP Comment newsletter from columnist Colby Cosh and the editors of NP Comment tackles the big issues with boldness, enthusiasm and wit. Get NP Platformed delivered to your inbox on weekdays before 4pm ET.

By clicking the sign up button, you agree to receive the above newsletter from Postmedia Network Inc. You can unsubscribe at any time by clicking the unsubscribe link at the bottom of our emails. Red Postmedia Inc. | 365 East Bloor Street, Toronto, Ontario, M4W 3L4 | 416-383-2300

Our Prime Minister will appear in a special spin-off that will pit former “Canada’s Drag Race” contestants against their international peers (don’t worry, he won’t be dressed and, more importantly, he won’t be doing anybody’s thing). . make-up).

There is nothing inherently wrong with prime ministers making TV appearances from time to time. If done right, it can humanize them. In 2011, for example, Prime Minister Stephen Harper made a cameo appearance. on “The Murdoch Mysteries”, who saw him making fun of himself by playing a clueless policeman.

But Trudeau’s guest appearance is flashy, attention-grabbing and fundamentally self-promotional, as can be seen in the show trailer, which prominently announces the presence of the prime minister. Again, this is not inherently bad. It’s the underlying politics that makes it irritating.

Trudeau wants to send a message to the world: “Look at me! Look how open minded I am! Look how allied I am to the LGBTQ community!” Unfortunately, his actual policy record It has been disappointing, cynical and symbolic.

This was most recently exemplified by the government’s “landmark” LGBTQ action plan, in which the Liberals made a big show of announcing a relatively small amount of funding for Canadian LGBTQ initiatives, despite such funding being a small fraction. than other minority groups receive from the federal government.

The action plan was met with no criticism by some outlets, but many LGBTQ activists saw through the charade. Fae Johnstone, an influential trans activist, called it a “slap in the face” that affirmed her belief that “we have a government that cares more about looking good than doing good.”

Similarly, in 2019, the Trudeau government congratulated itself about committing $30 million for five years toward international LGBTQ rights activism, except that that amount, which is 0.2 percent of Canada’s international development budget, is 50 percent less than comparable countries spend on international LGBTQ advocacy .

See also  LGBT identification in the US reaches up to 7.1%

In 2017, Trudeau wept while apologizing for Canada’s historic persecution of LGBTQ people and then introduced legislation allowing victims’ records of longstanding homophobic laws to be erased. But LGBTQ historians and scholars also called that a “slap in the face” because the government never actually consulted the community it was ostensibly helping. The expungement process was ultimately so dysfunctional that only nine men successfully completed it.

And then there’s the obscene way liberals handled the ban on blood donations from gay men: They publicly campaigned to end it, then privately argued in court that the ban was perfectly fine and not their responsibility. When an LGBTQ activist filed a human rights complaint, the federal government used shady legal maneuvers to try to to cancel it.

This duplicity is widely recognized within the LGBTQ community, with criticism often coming from the left. For example, Mel Woods, Senior Editor at Xtra Magazine (Canada’s largest LGBTQ publication), wrote an article arguing that Trudeau’s upcoming appearance on “Canada’s Drag Race” has “incredible potential for embarrassment” and is “one of the least-effort ways possible” to engage the LGBTQ community. “We know the Prime Minister and his government can do more to help our communities,” Woods wrote.

Woods noted that the “Drag Race” franchise is known for doing little to specifically support the LGBTQ community, despite its huge budget and cultural cachet. In this way, the show is a perfect fit for Trudeau: all show without responsibility.

That said, there’s nothing wrong with Trudeau fraternizing with drag queens. As I have written before, the recent protest about the resistance is mainly a moral panic. If a political leader wants to get involved with drag queens, so what? Politicians meet with constituents from all walks of life. For years Toronto Mayor John Tory has been seen with drag queens during Pride Toronto and the sky hasn’t fallen.

But if you’re going to present yourself as a champion of LGBTQ rights, then put some real work into it. If you’re not willing to do real work, then don’t blatantly promote yourself through guest appearances on reality shows. Leave the cover-up to the drag queens: policy records need to be blatantly scrutinized.

Get the latest from Adam Zivo straight to your inbox