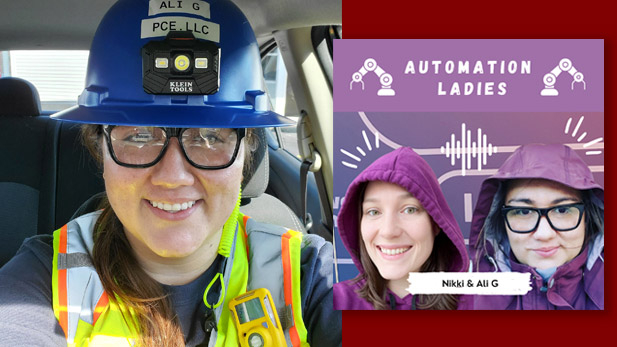 Alicia Gilpin has a mission. Gilpin, a 2010 Rose-Hulman chemical engineering alumnus, recently posted a photo on LinkedIn of Rose’s diploma with a label bearing the logo of her company, Process & Controls Engineering LLC. Gilpin explained that she wants the image to represent something to young women: that women can do anything, including earning an engineering degree and starting their own company.

Originally from Hawaii, Gilpin applied to Rose-Hulman because she was looking for a high-end engineering school to study chemical engineering. As a student, she was involved with the Society of Hispanic Professional Engineers and Alpha Chi Sigma. His final chemical engineering design project involved growing algae and turning it into various shapes. After graduation, she took a job as a process engineer at Heliae, LLC, where she worked on a similar project turning algae into biodiesel. Gilpin credits her experience as a student and with the capstone project as the reason she got the job.

“Working in the Rose Labs was amazing,” says Gilpin. “I was exposed to so many things that I didn’t even know about, but now I work with them.”

Over the years, Gilpin worked in process engineering, then transitioned to controls. Early in his career, he was part of a greenfield project, which consists of developing a new building on land that has never been developed. Through that project, Gilpin learned how to manage procurement on engineering projects. He later went on to run a UL508a shop and traveled the country pioneering burner and gas train controls applications.

Gilpin continued her involvement with Rose mentoring teams of chemical engineering seniors on their final final design projects for two years. She experienced firsthand the value of her degree and wants to find other female engineers and encourage them to start companies like she did.

“People said that I was an anomaly as a woman owning her own engineering company,” says Gilpin. “I want women to see that this is something we can do. It’s not just male engineers starting their own businesses.”

It is this desire that led her to start the Automation Ladies Podcast with fellow engineer Nikki Gonzales.

“We’re interviewing the most amazing women doing things with robotics and engineering,” says Gilpin. “Many of these women started out as receptionists or flight attendants. Not all of them have a technical background, but they decided they wanted to study STEM. Women are everywhere and we have to work together. Women are in robot manufacturing and repair jobs. We need to be more visible and show the world that women are doing amazing things, in engineering and automation, and in the future of manufacturing.”

The Automation Ladies podcast is scheduled to debut in the summer of 2022. Gilpin, who has nearly 30,000 followers on LinkedIn, is use the platform to market the podcast and showcase leading women in STEM.