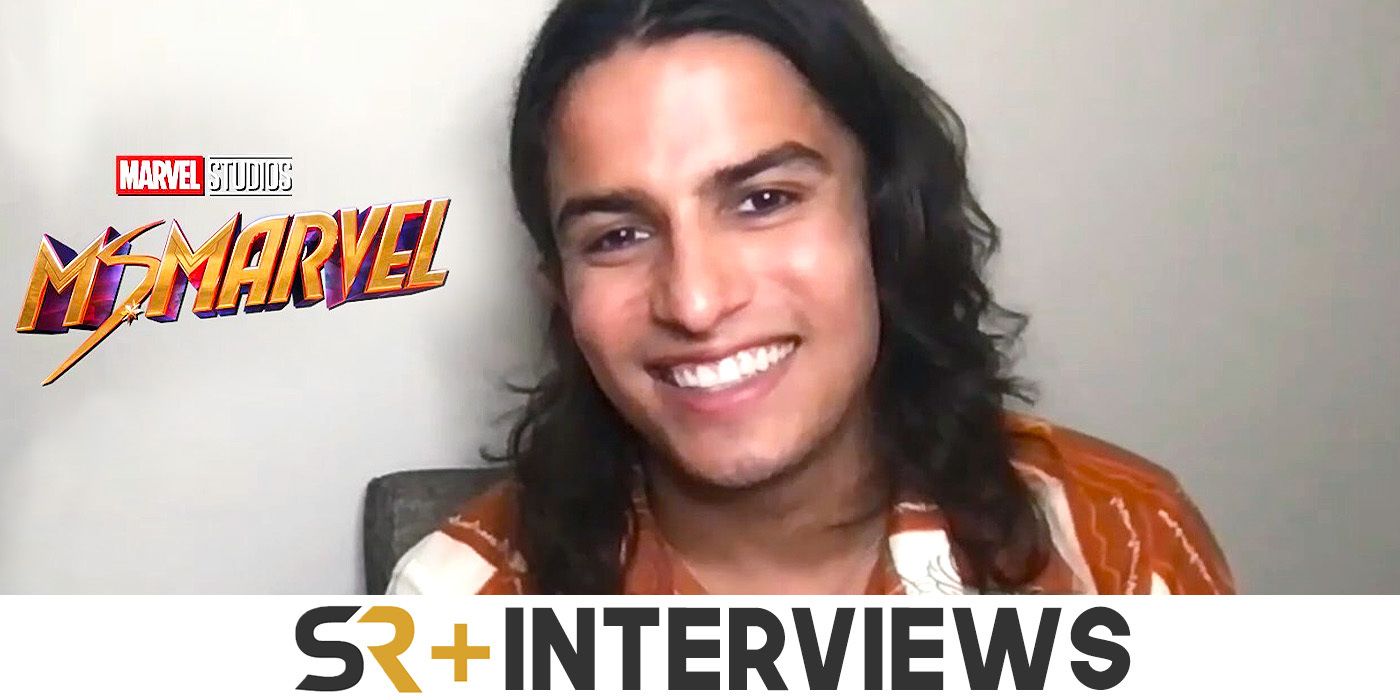 mrs wonder, currently airing on Disney+, is a series for all children who dream of becoming heroes. Aramis Knight, who plays Red Dagger and was introduced last week, was once one of those kids, and his first appearance in The dark knight rises ushered in a career that has seen him wrestle alongside Iman Vellani’s Kamala Khan on a Marvel show.

Episode 4 of mrs wonder he sent Kamala to her family’s hometown of Karachi, where she met a boy named Kareem (Knight), who knew about the ClanDestines and sought to help her unlock her full super potential. While not much is known about him and her backstory yet, it is clear that he is an important part of Kamala’s growth and has a place in future stories about the heroine.

Related: 10 Biggest Changes Made Since Ms. Marvel Comics (So Far)

rant on screen spoke with Knight about how his family reacted when he became a Pakistani superhero, how his work in in the badlands it set him up for the fight sequences and where he expects his character to go next.

Ranting on screen: I love the show, and I’m sure you feel very proud. What are you most proud of in terms of joining the Marvel Universe?

Aramis Knight: Being an actor is very difficult. Being a part of Marvel is even more difficult, so I’m very proud of that.

But even more than that, I am very proud to be able to represent the culture for the first time on mainstream television. It’s the first time South Asians have been depicted in this way, especially since it’s also a superhero show. I think it’s important for everyone to have a superhero that they can look up to, and as a kid, I didn’t have a superhero that really looked like me or sounded like me, or that I really related to. Being that person for my family back home and honoring my grandmother in this way is truly a dream come true.

You may also realize that you are really taking in this moment. I was looking at your Instagram and you posted this video of your mom in the background of one of your interviews, crying. How does your family feel right now?

It’s not often that I get to see my parents together, let alone in a place where we’re celebrating my heritage and celebrating my grandmother. And really, my success is due in large part to my mom, honestly,

You are accredited in The dark knight rises like the boy with the apple.

I think it’s funny, because you and Christian Bale are coming to Marvel at the same time.

Aramis Knight: Yes, true. Real. I actually saw it at the Thor premiere; that he was really great. I really admire him, so that was a really cool moment. But, yeah, Apple boy, man. That’s where it all started. After Catwoman saved me, I was like, “No, to hell with this. I’m going to become Red Dagger, so no one ever has to save me again.”

What would you tell that child about where you are now?

Aramis Knight: Wow, what a great question. I would tell him… It’s a quote from Donda West: “You can have your feet on the ground and your head in the sky at the same time.” That’s what she would tell him.

Tell me about playing Red Dagger. What is your favorite quality of this character or what have you learned by immersing yourself in the process?

Aramis Knight: In addition to learning a whole new dialect and really immersing myself in my culture, which I’ve never gone as deep as I did for this show, I think I was also able to learn a lot about myself as a martial artist. Leaving a martial arts show on AMC, I arrived with a lot of training. But going in, I realized that I needed to create a different style for Karim.

And that’s my favorite part of being an actor, being able to learn new things all the time. And to be able to bring an almost new passion in the last five years, which is Wushu martial arts, to this new show, and to be able to apply it on screen by doing all my hand-to-hand combat, was amazing. Daniel Wu is also my mentor and he is incredibly excited for me.

Do you think Red Dagger is here for the long haul?

Aramis Knight: Yes, I think so.

Amazing. Tell me about working with Iman, because when I talked to her, she is Miss Marvel personified.

Aramis Knight: My God. I love that girl. She is one of my best friends. We talk all the time; very rarely about work ever.

And we had a moment, actually, after our premiere where I pushed her away. I was like, “Hey, Iman, I know everyone is already telling you this. But coming from me, I guess this will mean a little more,” just because she knows she wouldn’t be fuming. I told her I’m so impressed by her. Her seasoning, her acting, doesn’t make sense with how little experience she’s had.

She is a great professional, a wonderful person. Yes, I love that girl. She love her forever.

I have to ask you the cliche questions of the Marvel rite of passage Who is your favorite Marvel character or project before? mrs wonder?

Aramis Knight: The Original Iron Man was the first MCU movie I ever saw. First MCU movie overall, right? It is the first in the timeline. I always looked at the RDJ a lot as an actor, so I love Iron Man.

I love Logan too. Logan is such a good movie; Glutton. He really loved Deadpool too. But Moon Knight for me was one of the best things I’ve ever seen, being a huge fan of Oscar Isaac. And then the Kid Cudi song in the trailer made me really excited for that show.

Episode 4 kicks off and things are about to get wild. What can you anticipate about the remaining episodes?

Aramis Knight: Well, you see Kamala reach her superhero form. I feel like the first few episodes of her really focus on her trying to figure out where her normal life and her superhero life coexist, and I think you really start to see her figure it out. Kareem becomes a great ally for her, someone she can really count on and lean on.

There is more to come for us for sure.

A great student, an avid gamer, and a voracious fan-fiction writer, she has a special affinity for superheroes, in particular Captain Marvel. But Kamala struggles to fit in at home and school, that is, until she gains superpowers like the heroes she’s always looked up to. Life is easier with superpowers, right?

Next: Will The Kree Appear In Ms. Marvel?

Ash Crossan is a Senior Content Producer and Host for Screen Rant. With nearly a decade of experience under her belt, Ash joined Screen Rant in 2021 as a lead interviewer. Based in Los Angeles, Ash is a fan of all things Star Wars, Marvel, DC, 90’s Nickelodeon, and rom-coms. Follow Ash on Twitter: @AshCrossan.