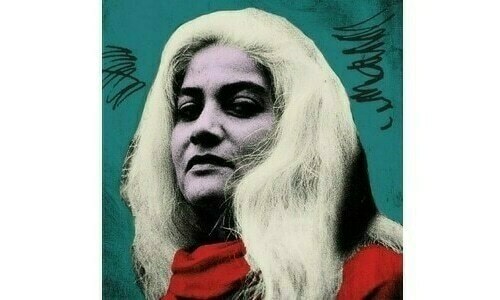 In his article ‘The Roots of Elite Alienation’, Arif Hasan provides a compelling account of the sequence of events that led to the disengagement of Pakistan’s elite from the country’s progress. From 1972 to 1976, ZA Bhutto nationalized industries and private educational institutions, and then, in 1977, banned leisure and entertainment activities deemed un-Islamic. This was followed by 11 lean years as Gen Zia-ul-Haq cemented his version of an Islamic state, seeping into the streets, dictating proper dress, salutes and punishment for transgressions.

Arif Hasan examines the social and economic implications of these changes as factors in what can be called the ‘Great Retreat’ of the elite. He sent young men abroad for higher education rather than to state universities and many were encouraged to stay there. Educators left when classroom discussions were restricted and outlawed. Family vacations were no longer within Pakistan. The elite stopped using the railways for travel, frequenting local tea shops or movie theaters. Entertainment became private instead of public and multi-class.

Arif Hasan quotes a senior lawyer who said that with the closure of public meeting spaces, “All debates on politics, international affairs, culture and especially poetry came to an end. We stopped exchanging views and, in the process, we stopped engaging with Pakistani society as a whole.”

There was no longer any motivation to maintain the standards of the railways, museums and other public spaces. Add to this the exodus of engineers, doctors, city planners, economists and potential high-ranking civil servants, which has contributed to the deterioration of living standards in Pakistan. With a dwindling number of the cultural and intellectual elite in Pakistan, the accumulation of wealth has become the marker for moving up the social ladder.

This loss of faith has seeped into the psyche of subsequent generations, reinforced by accounts of wealth being transferred abroad by the most privileged and powerful in the country.

While Pakistani workers, and now white-collar workers, have been seeking better incomes outside of Pakistan since the 1950s, they sent back nearly $30 billion in remittances in 2021, benefiting the country.

There is a counter-development of social mobility in Pakistan, where a bricklayer’s son becomes an architect, a sweeper’s son becomes a filmmaker, or a cook’s daughter becomes a lawyer. However, growing up with the mantra of an ‘unlivable’ Pakistan, instilled by parents and the wider community, those who can, plan to emigrate. Those who can’t feel trapped and survive as best they can. In the words of the famous song, mein doob raha hoon, abhi dooba tau nahin [I am drowning but I have not drowned yet].

Migration can be a mixed experience. While valuable personal freedoms are gained, mohallaydari or neighborhood is lost. Many head to the local mosque to find a sense of belonging or watch Pakistani television channels. There is anxiety and guilt for those left behind, especially for aging parents. There is concern that the children will not assimilate too much into the host society. Within Pakistan, villages have children growing up without fathers, placing an extraordinary burden on women. Each visit to the home country challenges idealized memories of home, which Malcolm Bradbury has called “the problem of the lost center.”

Artists and writers living in self-exile choose to express memories of their home country, some expats form Pakistani or South Asian societies and send funds to dig wells in Pakistani villages and make sure they made the right decision when they hear gloomy news from pakistan. Poet and lyricist Shakeel Badayuni wrote: “It was my destiny to go to a distant land, I am leaving, leaving my father’s yard behind.” But have they actually “left home”? Or do they take home with them like the Palestinian poet Mahmoud Darwish, or the Irish-Americans who, generations later, celebrate St. Patrick’s Day with songs nostalgic for Ireland?

It is tempting to speculate that had the Pakistanis who panicked and left stayed, like Arif Hasan, to fight the good fight, they might have made it the country of their dreams. Some have returned to contribute the skills they have acquired. Some because they feel more at home, like a friend who said he felt like a mango tree trying to grow in a temperate forest.

Durriya Kazi is an artist based in Karachi.

She can be contacted at [email protected]