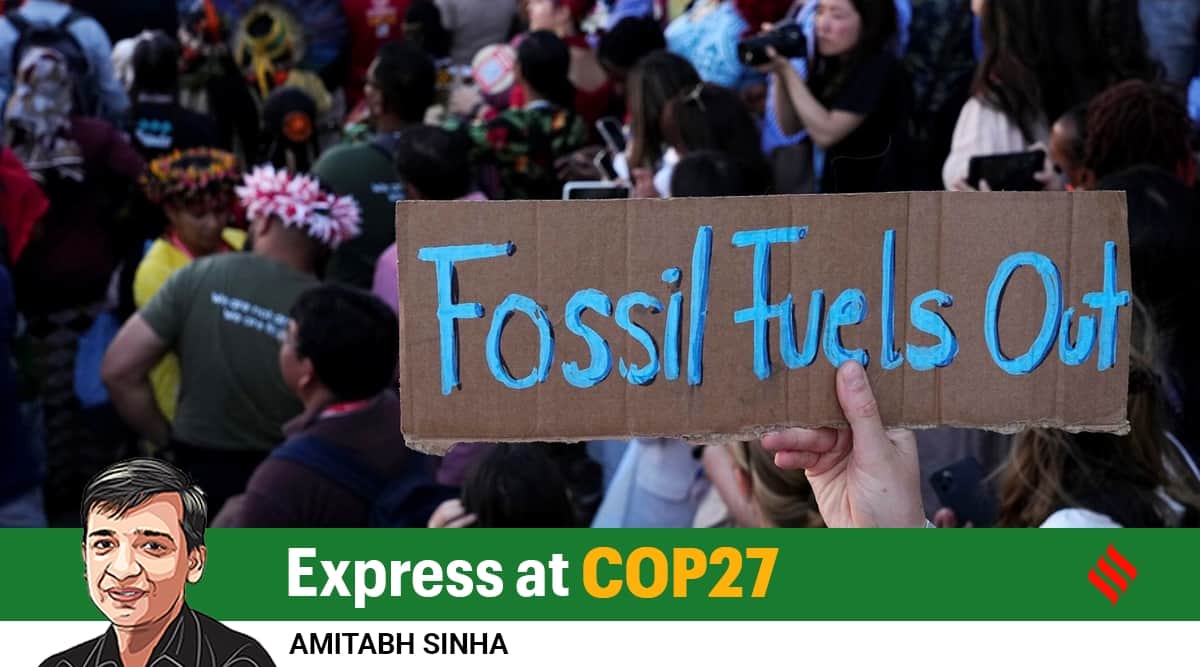 Moving proactively to counter pressure on coal that is likely to return, India cited the latest IPCC reports to emphasize that reaching the 1.5 or 2 degree Celsius temperature targets requires the gradual reduction of all fossil fuels and not just coal.

At the same time, he drew attention to the duplicity of developed countries, arguing that the selective labeling of some energy sources as ‘green’ had no scientific basis. The argument clearly pointed to the European Parliament’s recent decision to classify some uses of gas as “green”, even though it was not mentioned.

India’s proposal also did not mention coal, but it was a clear attempt to avoid criticism of its continued reliance on coal-based power.

The selective selection of emission sources, either to be labeled as more harmful or as “green and sustainable”, even when they are all sources of greenhouse gas emissions, was not based on the best available science, India argued.

Therefore, the cover text should recognize that all fossil fuels contributed to greenhouse gas emissions and call for the global transition to clean energy to be accelerated taking into account the national circumstances of individual countries, India argued.

In a separate intervention, India, backed by some other countries, blocked the introduction of a proposal by developed nations to focus a new mitigation work program on the top 20 greenhouse gas emitters. There are several developing countries among the top 20 emitters without historical obligations to reduce their emissions. These countries argued that any new mitigation work program should not result in the reopening of the Paris Agreement which clearly mentions that countries’ climate commitments should be determined at the national level and not forced from the outside.

See also  A black woman invented home security. Why did she turn out so bad?

India has been constantly criticized for not doing enough to reduce its reliance on coal power. Nearly 55 percent of India’s energy needs come from coal-fired power, even after a massive expansion of the renewable energy sector. India has maintained that, in line with its rapidly growing energy requirements, it would continue to rely on coal as a major source of power generation for another three to four decades, although new coal-fired power plants are unlikely to emerge. At the Glasgow climate conference last year, India, with the help of some other countries, managed to get a reference to the rapid “phasing out” of coal changed to “phasing out”.

India also proposed that the cover text take note of references in the IPCC report to the disproportionate use of the global carbon budget by developed countries since 1850. It said the cover text should urge all countries to follow sustainable methods of production and consumption and promote a global mass movement for sustainable lifestyles. India has been arguing that lifestyle changes were necessary to move towards a sustainable future.

India said it also wanted the cover text to “express deep regret” for continuing to live in an unequal world with “massive disparities in energy use, income and emissions”, stressing that the basic principles of the global climate change architecture – common but differentiated responsibilities with respective capacities, equity, nationally determined nature of climate commitments under the Paris Agreement, needed to be clearly reflected in the cover text.