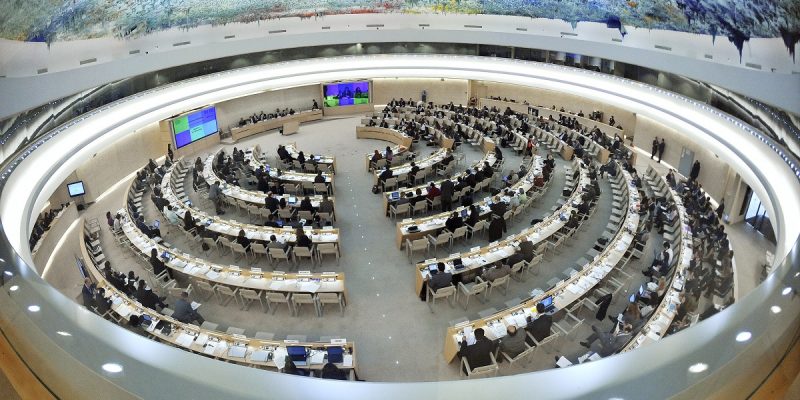 New Delhi: Four years after the Supreme Court decriminalized homosexuality, India abstained Thursday July 7 in a resolution renewing the mandate of an independent expert to monitor the protection of LGBTQ rights at the United Nations Human Rights Council.

The resolution was adopted with 23 countries in favor, 17 against and seven abstentions. It was one of the most disputed resolutions in recent times in the UNHRC, with 13 amendments presented by the bloc of Islamic countries to modify the text.

Sponsored by Latin American countries, the resolution renewed the mandate of the Special Rapporteur (SR) for protection against violence and discrimination based on sexual orientation and gender identity (SOGI) for the next three years.

India had abstained when the position was first created through a resolution in 2016. The MEA spokesperson explained in July 2016 that India’s vote was primarily dictated by the fact that the decriminalization of homosexuality then it was a matter sub-judice.

In September 2018, the Supreme Court published the historic judgment which decriminalized all consensual sexual relations between adults. He effectively brought down the curtain on the use of Section 377 of the Indian Penal Code, which had criminalized same-sex relationships in India for over a century.

When the mandate renewal for SR-SOGI came up in 2019, India abstained again. There was no official explanation of his vote (EoV).

See also  Why men shouldn't have a say in women's reproductive rights!

Three years later, India has not changed its position. Once again, the Indian side did not make any statement to explain its vote.

sources have said The wire that the key reason remains the lack of legislation by the Indian government, which would indicate a particularly proactive stance. While no specific law has been passed in the post-377 scenario, sources claimed that the government had taken several steps to improve the legal rights of transgender people.

As reported by The wire about the 2019 voteThis was the same argument used by the officials to explain the abstention.

Another common pattern across the three resolutions has been the multiple amendments proposed by member states of the Organization of the Islamic Conference (OIC), with India voting in favor of some of them.

In 2016, India voted in favor of at least six out of eleven OIC-backed amendments. During the 2019 vote, India pushed the ‘yes’ button on four out of ten amendments.

This time, on behalf of the OIC, Pakistan tabled 13 amendments, of which only one was adopted. India voted in favor of three of them and abstained on the rest.

The only OIC amendment to pass added additional language affirming “the sovereign right of each country to develop its national laws, in accordance with its international human rights obligations.” India had voted in favor of this amendment.

While most of the amendments were identical to those of previous years, Pakistan also introduced a couple relating to the denial of same-sex marriage and the reaffirmation of the right to marry for adults. India abstained on both.