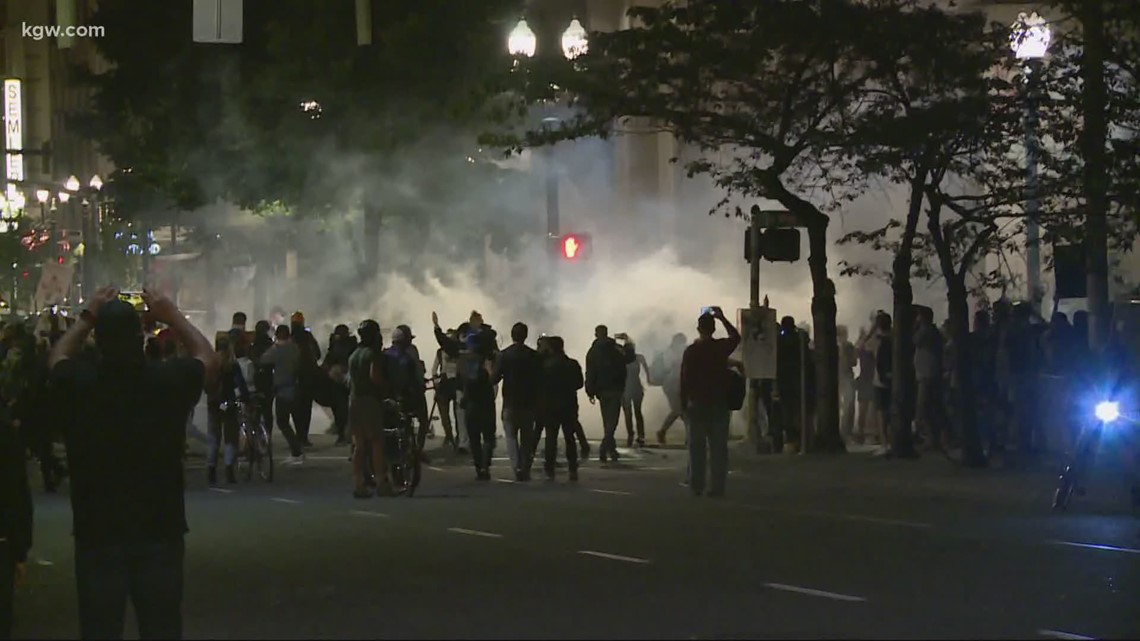 Auditors say police collected information about the protesters that was not related to any crime and stored private information for too long.

PORTLAND, Ore. — A new audit by the city of Portland criticizes the way the Portland Police Bureau collected and stored surveillance information about racial justice protests in 2020.

Auditors said police collected information about the protesters that was not related to any crime and kept some information private for too long.

The auditory was launched after Black Lives Matter protesters raised concerns that PPB was collecting information that could violate their civil rights.

The report concluded that some of those concerns were unfounded, such as the rumor that police were spying on people from airplanes or other aircraft, but other fears were justified.

RELATED: ‘She was a shining light’: Friends mourn woman shot to death in mass shooting at racial justice rally

“The concerns that came to our attention and prompted us to do this audit were valid,” said Mary Hull Caballero, City of Portland Auditor.

Portland auditors reviewed 73 police and Criminal Intelligence Unit reports related to racial justice protests in the summer of 2020, a sampling of more than 1,500 reports in total.

They found photos and videos of protesters that did not include documentation of criminal activity, which Hull Caballero said could stifle freedom of expression.

“Boundaries should be set by office management, and they should help officers understand where the boundaries are,” he said.

Chris Bushick, director of PDX Privacy, an organization that was surveyed by auditors as part of the report, said the lack of guidelines is the reason people are calling for an in-city surveillance ordinance.

“You shouldn’t have your name, photo and license plate number in a secret database just because you stood on a street corner with a sign,” Bushick said. “There needs to be protections in place.”

The auditor’s office recommended new policies and guidance on what private information PPB can collect, how long that information should be kept in police files, and how the office should report its use of surveillance technology.

For the most part, police leaders agreed.

In response to the audit, Chief Chuck Lovell said new intelligence-gathering directives are being reviewed and all members of the office will be trained on the changes.

Additionally, Lovell promised that PPB will publish details about how it is using surveillance technology in its annual report.

However, when it comes to information collected during the 2020 protests, there could still be information in police records that shouldn’t be there, Hull Caballero acknowledged.

“There could be, I don’t know if they removed it from the system or not,” he said.

With unwarranted information being shared in police databases, the auditors said that could create risks.

See also  Fights against abortion in Texas move to New Mexico, where the procedure remains legal

“[Someone] could be pulled over and the officer looks at their records in the system and sees that they participated in the Black Lives Matter protests, and if they weren’t doing anything wrong, that information doesn’t need to be considered by an officer during a traffic stop,” Hull said. Caballero said, “It also hurts officers a lot because they feel unnecessarily at risk, or at a higher level of risk.”

The report said the Bureau “had no specific instructions for officers to investigate criminal activity during the protests,” meaning officers used their own discretion to decide “how and what kind of information to collect.”

You can find more information from the audit, including responses from Mayor Wheeler and Chief Lovell, in the report below.