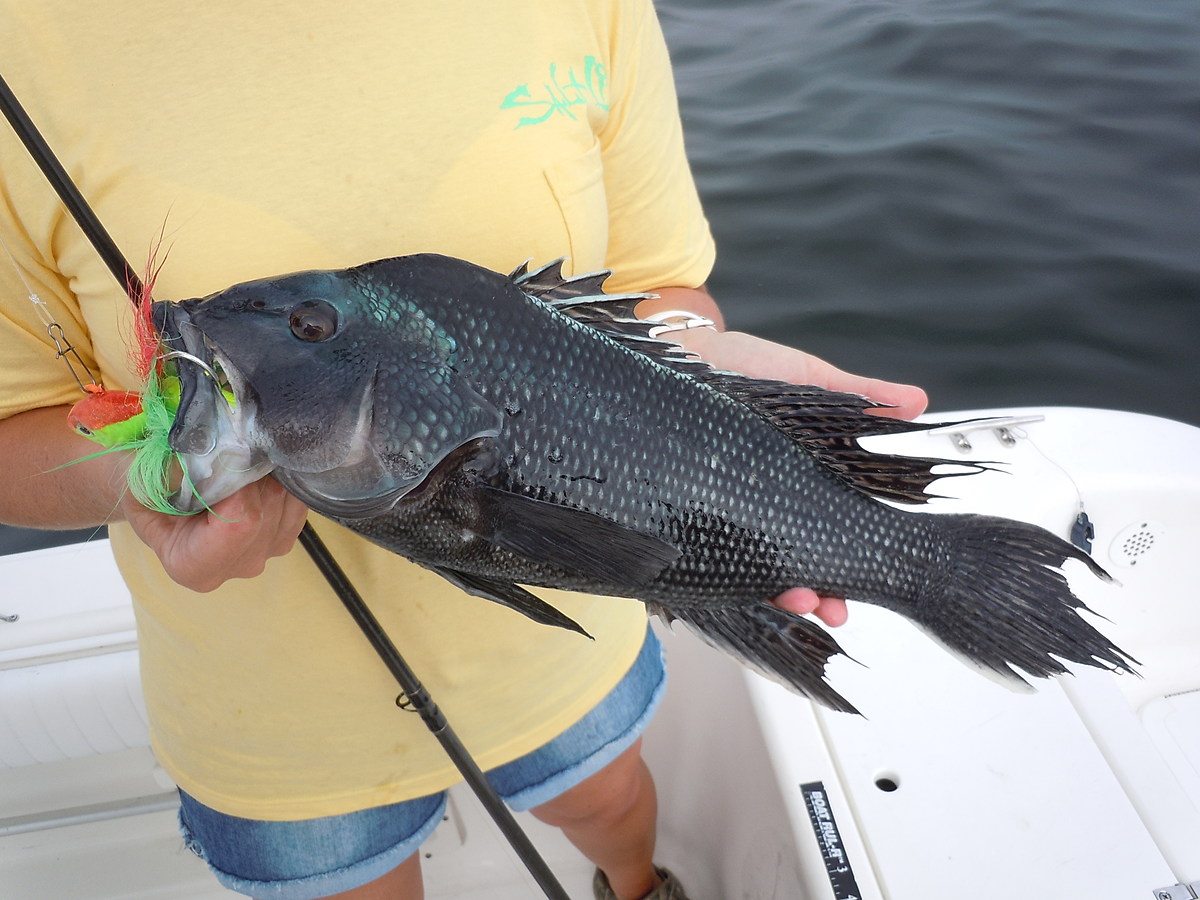 On the heels of a six-day northeast storm that devastated the Jersey shore and shut down fishing, from bays to canyons, comes the opening of the black bass season.

And the timing couldn’t have been better. With the fluke season closing on September 27, there was a seemingly endless gap before this arguably second-favorite inshore fish became a legal quarry again. The summer season from July 1 to August 31, with its meager limit of two bass, increased the pantry a bit, but now the daily limit is back at 10 fish.

This delicious bottom fish is found in almost any type of underground structure. At this stage of the segmented season, figure-dropping baits (clams and squid) or working jigs (metals and bucktails) are anywhere from 70 to 100 feet. Sometimes more superficial, but not much. Sometimes deeper and then deeper.

The Garden State coastline is blessed with an amazing artificial reef system. There are 17 reefs in all, including one in Delaware Bay. These are magnets for a myriad of game fish, most notably sea bass. In addition to these, there are wrecks and piles of rocks strewn across the bottom that attract and hold bass. And with a population at the top of the “up” cycle, you can bet just about any lump or lump on the ocean floor will have sea bass around it.

This may be drop ‘n reel fishing at its finest, and it’s getting better until close on October 26th. For those (like yours) who like things close, this is the time to get over shipwrecks. There will be larger bass when the season reopens on November 1 and some will still be in relatively close range. However, as fall progresses and the water cools, the fish drift away, and by December they plan on a boat trip of at least 30 miles. The draw is that these deep sea bass will be larger, many in the four to five pound range, with even heavier fish that are not as rare. Also… the limit jumps to 15 fish. This segment ends on December 31.

Those interested in “sea boats in the canyon” can Google rental and party boats that are suited to this deep, cold weather. A delicious bonus on these deep-sea wrecks often contain jumbo porgies, often referred to as pie plates and hubcaps. While not as delicious as sea bass, they make a great fried fish sandwich.

Check out the Rack & Fin Radio podcast on October 1 for more information on the sea bass prospect. Tom P. interviews Chief Marine Fisheries Biologist Peter Clarke, who is also a Sea Bass Specialist with the Bureau of Marine Fisheries and also the State Artificial Reef Coordinator. Peter provides information on the bass population and his five favorite artificial reefs in South Jersey for bass fishing.