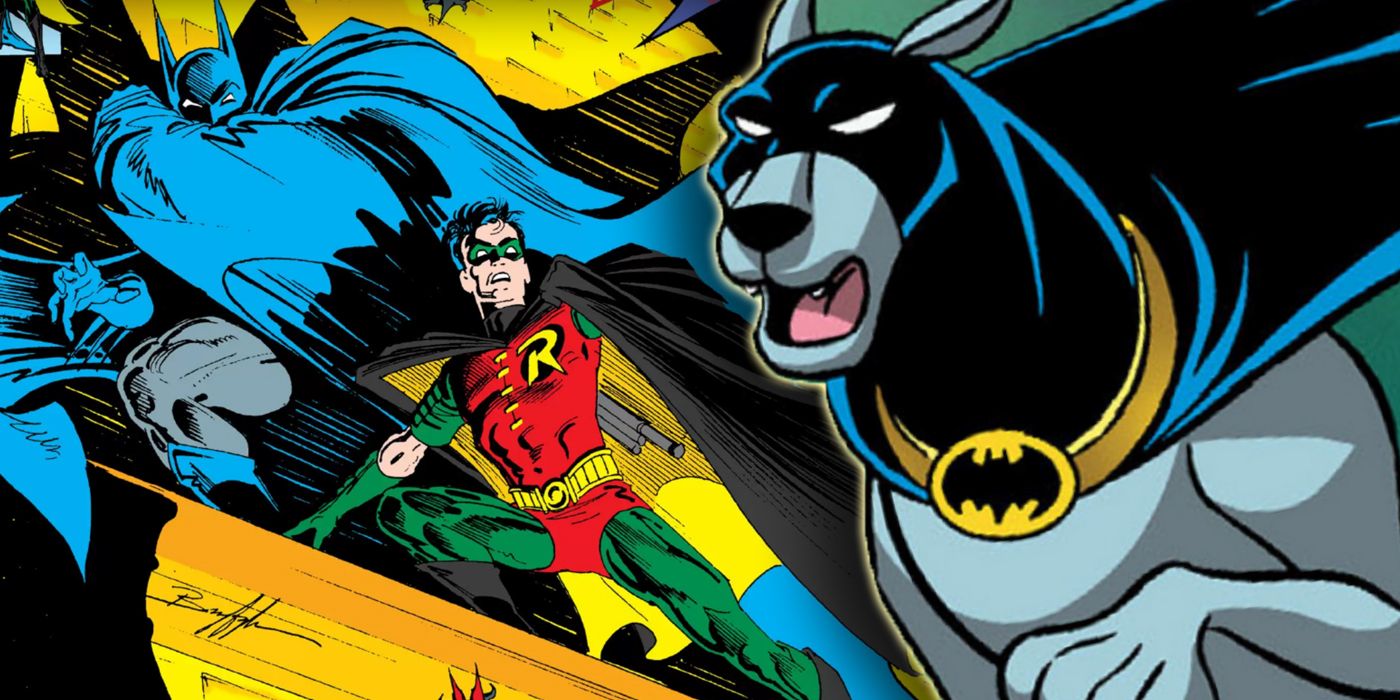 The DC Universe is an overtly absurd setting at times, encompassing concepts like superpowered animals coming to the aid of their equally powerful owners, with the concept even becoming its own feature film. Now a great hero has added another animal into his orbit, and it’s one of the wildest additions ever.

The final chapter of “Hounded” by Batman: Urban Legends #16 (by Mark Russell, Karl Mostert, Trish Mulvihill, and Steve Wands) reveals the fate of the animals Batman and Ace the Bat-Hound encountered on their latest adventure, while simultaneously establishing the possibility that Ursa the bear may become the new Super-Pet.

RELATED: Constantine: The House Of Mystery Is DC’s Most Effective Anthology Yet

“Hounded” has largely focused on Ace the Bat-Hound, who is taken to a criminal animal shelter after Batman is caught in a surprise attack and captured. There, Ace is able to help unite some of the animals and lead them on a quest to rescue the Dark Knight, who has been forced to take on a massive bear. Working together, the animals help save Batman and ensure his survival. In return, the surviving animals are taken in by the Bat, who gives the super-speed-infused turtle to Flash, and offers the woods surrounding Wayne Manor as a home for both the bear and Lil’ Nutz, a squirrel who aided in the effort. rescue. Letting the bear loose in the woods, he appears to finally be at peace, and the animal pauses as he makes eye contact with Bruce before walking off alone into the wilderness.

It’s a surprisingly tender moment between Batman and the animals, and adds an effective new security measure to the area surrounding Wayne Manor. Ursa the Bear was used in numerous fights before he was introduced to the Dark Knight, and is surely capable of protecting himself and potentially others. Given Bruce’s connection to the animal, it’s very likely that Batman has gained an unexpected ally in the woods surrounding his home. Also, Ace seems to have found another powerful animal ally that he will surely recruit in an emergency.

RELATED: Plastic Man Proves Batman Can Be Too Tough

The Super-Pets as a concept have seen a resurgence ahead of their next animated film, DC League of Super Pets. There have been a few unexpected animal companions over the years (perhaps the most infamous being Kanga, Wonder Woman’s kangaroo), but Batman adding a bear to the list of animals he’s associated with is quite amusing, especially considering that Damian Wayne previously forged a connection with both a cat and a cow during his tenure as Robin.

If you go to Super Pets, Ace’s latest adventure has uncovered a host of new recruits, including Flash’s new turtle and the bear that now lives in Wayne’s woods. Bruce has clearly made a connection with the bear, setting the stage for the eventual appearance of Ursa the Bat-Bear. Stranger things have happened in the DC Universe, and it’s never a bad thing for heroes to have a literal bear in their back pocket that they can call on if need be.