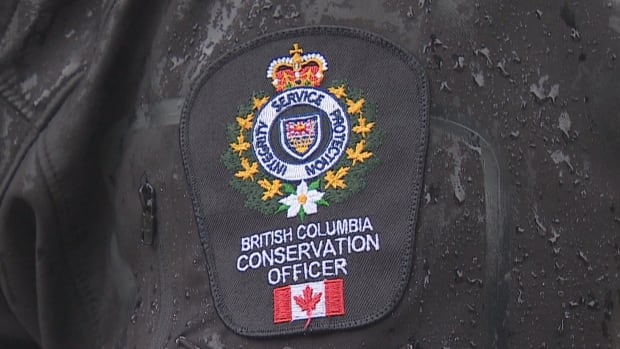 A man and woman arrested a year ago for allegedly feeding coyotes in Vancouver’s Stanley Park have been charged with four counts under the Wildlife Act and must serve specific bail conditions as their case makes its way through provincial court.

CBC News has learned that Kemthong Clasby and Terence Lee Clasby were indicted on October 8, 2021, under sections of the BC Wildlife Act related to leaving or placing attractants for dangerous wildlife.

Despite trying to confirm the charges over the past year through the Ministry of the Environment, which is responsible for the BC Conservation Officers Service (BCCOS), CBC News only learned of the charges through the BC Prosecution Service. this week.

The Clasbys are next in court on October 4, which could be used to set a date for their trial.

The arrests came a day after the park fully reopened to the public after a two-week overnight closure to euthanize aggressive coyotes. The BC Prosecution Service said in an email that the alleged feeding incidents in the park occurred on September 19 and 20, 2021.

From December 2020 to August 2021, 45 people reported being bitten or bitten by coyotes in the park, with experts arguing that the animals’ habituation to humans was a factor in the attacks.

Ordered to stay out of Stanley Park

In court documents, the Clasbys, whose bail hearing is under a publication ban, were released from custody on Oct. 28, 2021, under conditions of not visiting Cameron Park in Burnaby or Stanley Park unless traveling through the park along the way. along Highway 99 (Stanley Park). Park Road).

The conditions also say that they “must not possess any food or food waste, compost or other debris or rubbish that may attract dangerous wildlife while in any municipal, regional or provincial park in the province of British Columbia.”

People accused of feeding wildlife can face significant fines due to the danger it poses to humans and animals. In October 2021, a woman in Whistler was fined $60,000 for methodically leaving food for black bears in 2018, some of which had to be destroyed by conservation officers.

The justice of the case imposed a fine higher than that requested in a joint letter of the Crown attorney and the defendant’s attorney.

“I was not convinced that the proposed sentences adequately reflected the seriousness of the offences, the culpability of the offender and the principles relevant to the offences, particularly deterrence.” Judge Lynn Smith wrote.

Victoria Shroff, an attorney who has practiced animal law for more than 20 years and is the author of Canadian Animal Law, said the case will most likely be used in deliberations over the Stanley Park feeding case.

“The point of these court cases is basically to educate the public in many ways by sending a message that this is not going to be tolerable. This is not right. What you are doing with the animals is important.”

At the time, the BCCOS said the fines imposed by the Whistler case were the highest under the Wildlife Act for feeding wild animals.

In 2021, after repeated warnings to the public not to feed the wild animals in Stanley Park, not to leave litter around, and not to visit the park at night, the province stepped in with the killing of coyotes as a last resort. Four animals were destroyed while conservation agents killed seven before the park closed.

The Vancouver Parks Board has said that signs, education, better trash receptacles and a new ordinance that prohibits the feeding of wild animals of any kind in any city park have helped eliminate aggressive coyote attacks.

The province said in an email that no coyote attacks have been reported to the BCCOS in Stanley Park since the conclusion of the Forest Ministry’s two-week coyote trapping programme.