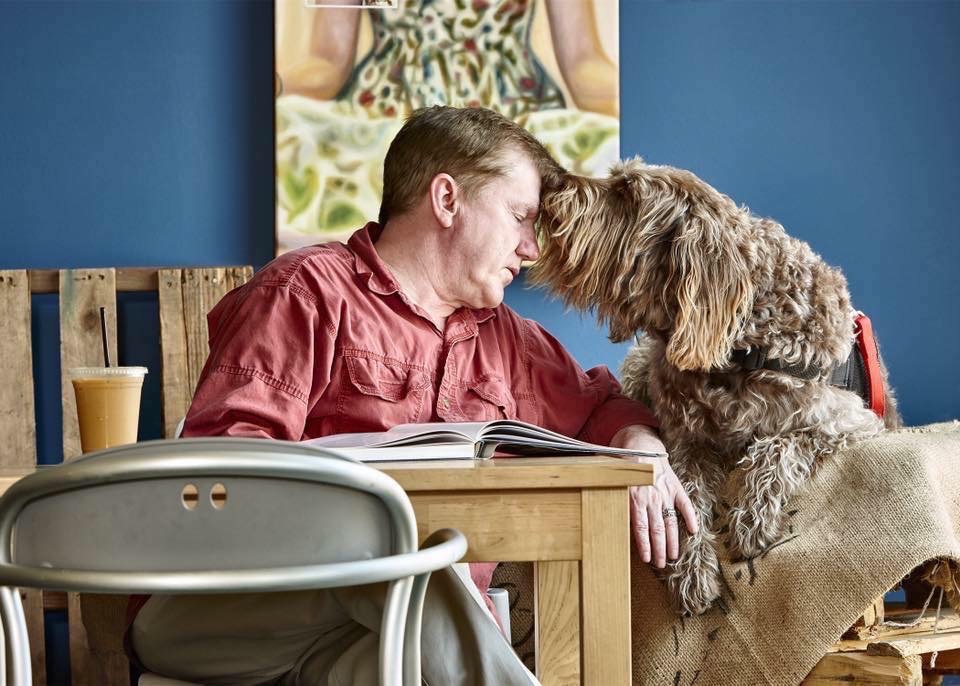 On Feb. 1, someone broke into and stole a van containing charity items for the homeless in Topeka, according to two members of Operation Fetch, a nonprofit organization. The van contained things like clothing, sleeping bags, medical supplies, and some more expensive items like a new iPhone and a defibrillator. The truck’s owners said some items they took were irreplaceable: two handmade quilts and a box containing the ashes of Gander, the service dog.

Operation Fetch was created in memory of Gander, a Labradoodle service dog who is credited with touching the lives of thousands of people around the world in his lifetime, before passing away in 2020 from cancer. He has been recognized with several awards and even two documentaries highlighting the kindness Gander showed. The dog formed incredible bonds with people, and his owners said that he was known to have a special talent.

Topeka’s White Lakes Mall torn in half by demolition

“Gander is hard to describe,” said Bob DesRuisseaux, an advisory board member for Operation Fetch. “He touched many lives across the country. He had this unique ability to identify the person in the area that he needed help with. There was a soul in Gander that you just can’t explain.”

It was heartbreaking when DesRuisseaux and Operation Fetch founder Lon Hodge realized that Gander’s ashes, along with a number of charitable items and personal possessions, were taken when their truck was stolen.

“It crushed everyone when these things were stolen,” Hodge said.

The van was found wrecked around 1 a.m. the next day, according to DesRuisseaux. All the items they wanted to give away were gone. Fortunately, however, the small cedar box containing Gander’s remains was still there when the stolen truck was found.

The recovery of Gander’s ashes and the stolen van was the beginning of a search that has spanned months, as DesRuisseaux and Hodge continue to search for any sign of the missing quilts and other items taken the night the van was stolen. They posted a $500 reward requesting the return of both quilts, no questions asked. The two quilts feature one-of-a-kind pieces of art that each took a year to put together thanks to the efforts of people from all over the world. They donated individual squares that Tennessee woman Margaret Murphy put together.

The Topeka City Council is considering banning bicycles, skateboards, and scooters in the NOTO area

“Quilt squares were made all over the world,” DesRuisseaux said. “Obviously that means a lot to a lot of people. Those and the ashes were really irreplaceable.”

The quilts were meant to be gifts for Hodge, who is a disabled veteran and was Gander’s handler or “Battle Buddy”. Many of the squares were covered with personal messages in memory of Gander.

Since the initial heist, the members of Operation Fetch have had only limited success. They recovered the new iPhone after traveling about 650 miles to Cincinnati, Ohio, where someone sold it for $100 at a resale store. Members think that many of the items that weren’t worth just were thrown away.

Be aware! There is a house on the way!

“They found a trash can full of stuff when Bob and I went out,” Hodge said. “Anything they couldn’t immediately pawn or sell was thrown away.”

However, the story has recently taken a turn, as Operation Fetch said that one of the two missing quilts was found on Tuesday this week. A Topeka man delivered the quilt on April 5 and raised $250, half of the reward for the two quilts, after he reportedly found it in a trash can.

DesRuisseaux said the quilt looked like it had been used by homeless people, as it had four holes in each corner as if it had been nailed to a tent. The bedspread also smelled strongly of campfire smoke. DesRuisseaux commented that there was a certain irony in the quilt ending up in a homeless encampment.

“We had a feeling that it was very possible someone had found them and really needed them,” DesRuisseaux said.

Hodge and DesRuisseaux said the situation showed them not only the worst the community has to offer, but also the best. The theft of the van, charity items and quilts has been aided by the generosity and goodwill of people who assisted in the search and raised money to post a reward for the quilts.

The quilt will be returned to the Tennessee woman who made it. She will repair it while she continues the search for the second quilt. The $250 bounty for the second quilt still stands, and Operation Fetch asked anyone with information on the location of the other quilt to contact DesRuisseaux via Facebook. here or to Hodge on his Facebook here.

For more information on Operation Fetch and the history of Gander the Service Dog, visit their Facebook here or your website here.