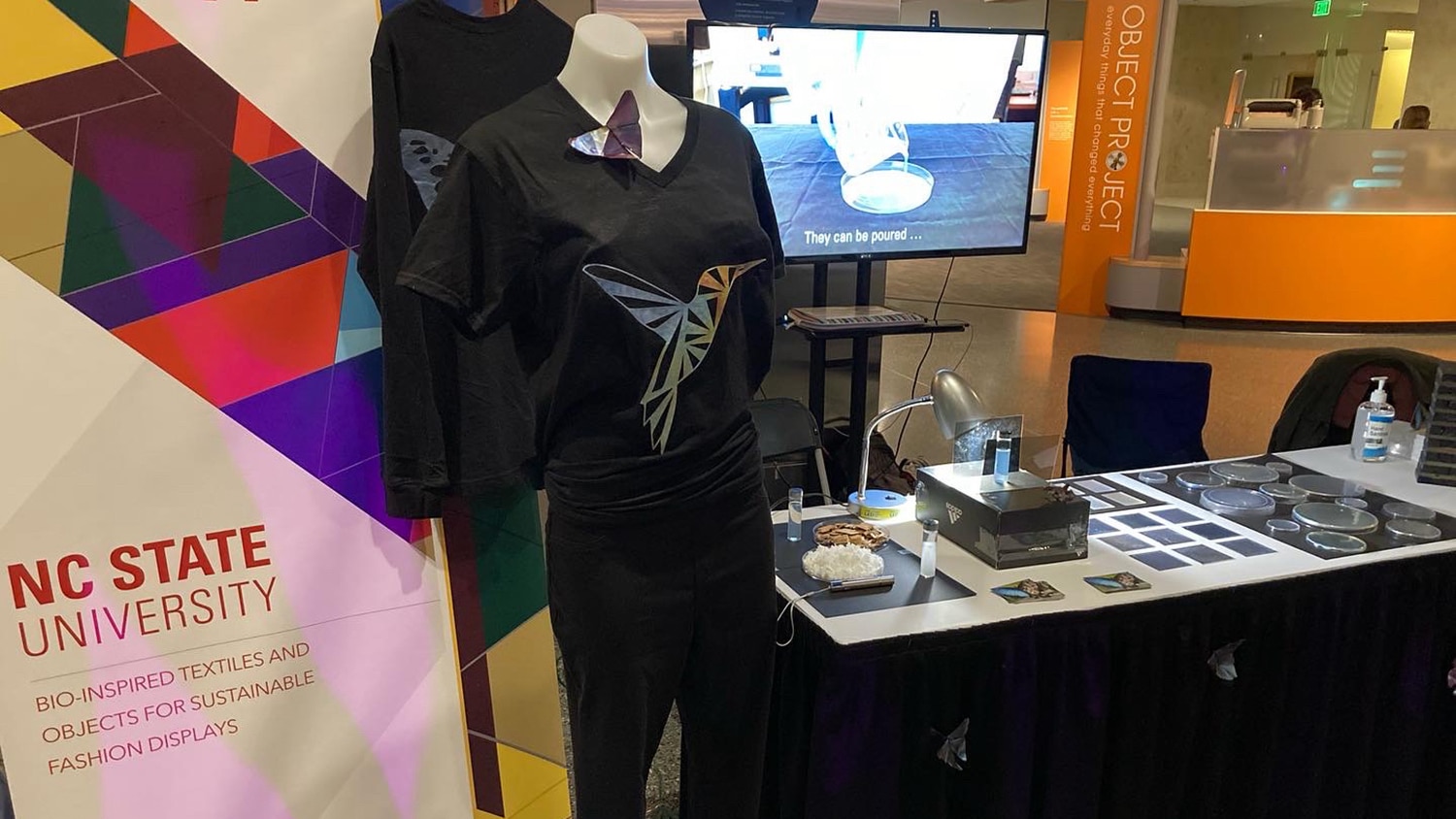 While color is one of the leading indicators of sales success within the fashion industry, it is also one of the largest sources of water pollution in the world. In fact, textile mills often dump waste dyes and hazardous chemicals into canals, streams, and rivers.

At NC State, researchers at Wilson’s College of Natural Resources and College of Textiles have developed a process that could one day solve this problem, and it involves the use of nanoscopic particles extracted from wood.

“Textile factories use dyes and other colorants that are very toxic,” he said. Natalie Lavoine, assistant professor in the Department of Forest Biomaterials. “The use of nanocellulose is a path to sustainable processing.”

Nanocellulose is a natural substance extracted from cellulose, the main substance of the cell walls of a plant. It is divided into two types: nanocrystals and nanofibrils, both biodegradable and non-toxic. The former is also stronger than steel.

With funding from the Research Opportunities Seed Fund Program at Wilson College of Textiles, Lavoine and her collaborators have developed a process that allows them to use nanocellulose to produce clothing with iridescent characteristics that resemble the brilliance of rainbow hues. seen on the scales of fish, the feathers of birds, and the bodies of insects.

“Researchers have known how to make iridescent films with these nanoparticles,” Lavoine said. “But until now, there was no way to apply these particles to textiles.”

The researchers extract cellulose from wood chips and pulp used in papermaking and combine it with water, treating the resulting mixture with acid to uncover nanocrystals. They then purify the mixture to remove unwanted components.

Once the purification process is complete, the researchers add the mixture to the frames so it can solidify into plastic films. Then, using a computer-aided design table, they cut the films into shapes and patterns that can be printed on clothing.

Lavoine said that the use of nanocellulose in textiles ensures the sustainable use of natural resources, opening a path for novel uses of both low-quality wood and traditional wood sources. It could also reduce dye pollution from the fashion industry.

The United Nations Environment Program found that not only is the fabric dyeing process the second largest source of water pollution, but the fashion industry alone produces 20% of the world’s wastewater.

Although Lavoine and his collaborators have not figured out how to provide all the colors, they are currently working on it. They are also testing the application of nanocellulose in a variety of other items, including phone cases.

“We can extend this work to much more than textiles,” Lavoine said. “The only limit is our imagination.”

Lavoine and his collaborators recently they presented their work at the 2022 ACCelerate Festival in Washington, DC The three-day event, hosted at the Smithsonian National Museum of American History, showcases “creative exploration and investigation at the nexus of science, engineering, the arts, and design” at the Atlantic Coast Conference.

In the future, the researchers will collaborate with NSF I-Corps to commercialize their work. The training program is intended to help NC State researchers transition their ideas and inventions to the marketplace through customer discovery and market research.

“There is still a lot of research to be done,” Lavoine said. “But ultimately we would like to find one or two industry partners who can bring commercial value to this project.”

This post was originally published in News of the Faculty of Natural Resources.