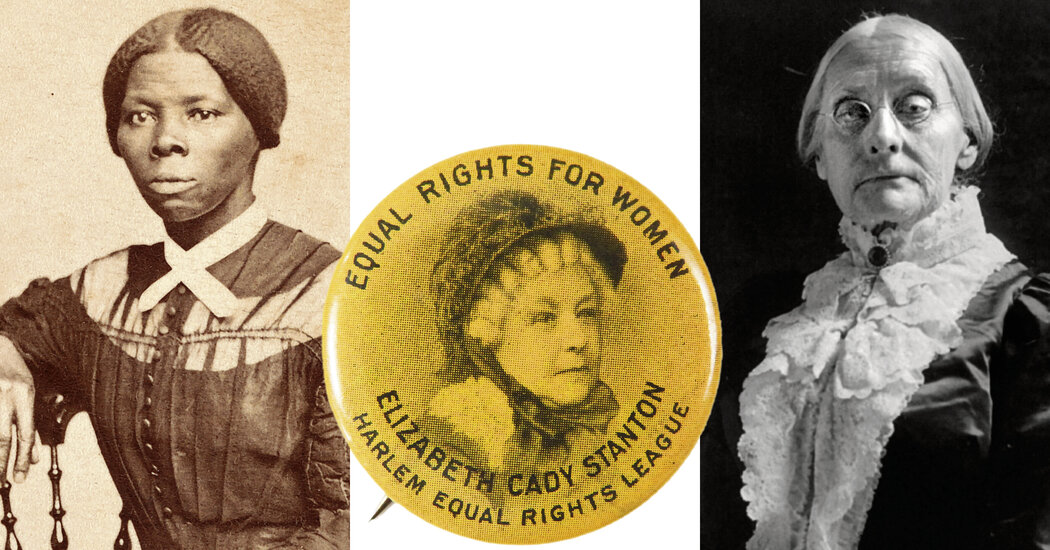 FORMIDABLE: American Women and the Struggle for Equality: 1920-2020, by Elisabeth Griffith

On July 16, 1998, Hillary Rodham Clinton addressed an audience of 16,000 gathered in Seneca Falls, New York, to celebrate the 150th anniversary of the first women’s rights convention. “Imagine, if you like, that you are Charlotte Woodward,” Clinton preached, “a 19-year-old glove maker who works and lives in Waterloo. Every day you sit for hours sewing…working for small wages you can’t even keep up…knowing that if you marry, your children and even the clothes on your body will belong to your husband.” During her speech, Clinton claimed to have heard the echoes of her predecessors—Susan B. Anthony, Harriet Tubman, Lucretia Mott, Frederick Douglass—as she stepped to a podium not far from the Methodist Chapel where Elizabeth Cady Stanton first demanded the right to the women’s vote. a crowd of 300. The church had since become a laundromat and car dealership, and as Clinton spoke, her husband, then president of the United States, was having a sexual affair with a House fellow. White. In a matter of months, he would be removed. Within a decade and a half, Hillary herself would be running for president of the most powerful country in the world.

This snapshot illustrates the merits of Elisabeth Griffith’s compelling, relevant, and sweeping chronicle of women’s struggle for equality in the United States, and as you examine 100 years of history through a feminist lens, a pattern emerges: every blow of patriarchy is countered by a well-targeted and calculated retaliation on the part of American women.

True feminist history books are rare. Rarer still are these intersectional stories; feminist history tends to be synonymous with white women’s history. Not this book. Griffith offers an inclusive, multiracial timeline of the struggles and triumphs of black and white women in America. “Historically, the white press has not covered Black women’s activism,” she writes. (Her previous book of hers focused on the life of Cady Stanton.) Despite the hard-to-find archival sources, Griffith says, “I have named as many women as possible.”

A deeply illuminating tour de force, Griffith’s book begins with Susan B. Anthony and unfolds chronologically, arranged in chapters that follow a “pink” timeline of history. “Fifty years ago, when women’s history was struggling for legitimacy in academia,” explains Griffith, “feminists divided American history into ‘blue’ and ‘pink’ timelines. Conference panels debated whether Zachary Taylor’s presidency was more relevant to women’s lives than the invention of the can, or whether Jacksonian democracy deserved a chapter when the suffrage campaign did not.

“Formidable” is organized around the main struggles: voting rights, working conditions, access to education, health care, racial violence, reproductive rights, racial and gender discrimination, salary gap, electoral positions. In this immense survey, Griffith is bent on examining all the motivations of his subjects as he unearths long-buried intersectional files. Most notable is her articulation of evil dysfunction as women struggle to find a unified and inclusive path to equality. He is not content to brush aside the many moments when white women slip back into selfish silos. “White women have always been complicit in slavery,” he says.

Griffith excels at examining each feminist cause and its attendant drawbacks, starting with the first women’s rights convention, which also started the friction between abolitionists and feminists. “Women are a complex cohort,” she writes. “The push for women’s rights came from the abolitionist movement. Enslaved African Americans suffered, fought, and sabotaged the system. Some other Americans sympathized and strategized to abolish it. White women were not exposed to the physical and sexual terror enslaved women endured, but their own physical vulnerability and legal subordination drew comparisons.

Yes, the suffragettes fought for equality, but allegiance to abolitionists was elusive. “White women wanted the same rights as white men. Black women wanted the same rights as white citizens; theirs was never an exclusive women’s movement.” Griffith does not overlook the points on which the suffrage movement was divided. Rather, he understands the task: everyone is invited, but no one is exempt from responsibilities.

There is power in Griffith’s writing, not in the style, which is factual and direct, but in the cumulative efforts of the hundreds, if not thousands, of characters she recognizes. Sometimes the full scope of the book is overwhelming, like hearing Billy Joel’s “We Didn’t Start the Fire”: a fire hose of information, names and actions, protests and pantsuits. Ida B. Wells and Eleanor Roosevelt. Rosie the Riveter and Rosa Parks. Josephine Baker and Aretha Franklin. Ella Baker and Flo Kennedy. Miss America and the harassment of Phyllis Schlafly. Title VII. The 19th Amendment. Roe vs. Wade. Anita Hill and Alix Kates Shulman and Dolores Huerta and the United Farm Workers Union. Fannie Lou Hamer. Angela Davis and Alicia Garcia. Women’s football and black bra. Patrisse Cullors. Tamika Mallory. Carmen Perez. Linda Sarsour. Bob Bland. The result is a long-awaited memorial to women freedom fighters and the emergence of a set of instructions for the next generation.

Thus, the reader is not carried away by the narrator, but by the story and the conclusion: success comes not from short, manic bursts of effort, but from constantly carrying the torch. As America sinks deeper into paralysis and polarization, Griffith’s subtle and accessible examination shows that victories come through the miracle of cooperation. Not by faction division but by unity and perseverance. Feminist history is written every day, and Griffith leaves us with a reminder that there is much work to be done, as always. That working for equal rights is more than just liking a supportive post, a reactionary retweet, or donning a pink beanie to some other protest. Feminist work must be continuous and unified, a long and constant lifelong commitment that will continue to drive the movement forward.

Mira Ptacin is the author of the memoir “Poor Your Soul” as well as the feminist history “The In-Betweens: The Spiritualists, Mediums, and Legends of Camp Etna.” She teaches at Colby College and incarcerated women at the Maine Correctional Center.