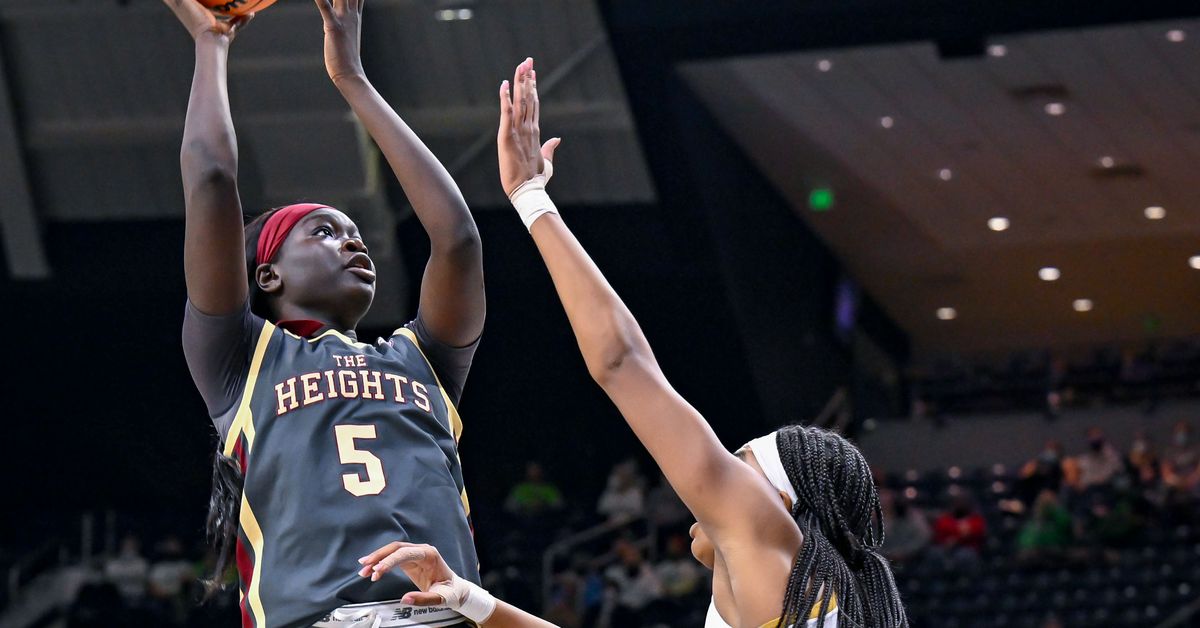 After a strange and disappointing end to last season (in which the Eagles were the last team out of the NCAA Tournament, two players entered the transfer portal midway through WNIT, and then BC lost in an upset to Columbia), The BC women’s basketball team opened the 2022-23 season tonight against UMass Lowell. Fortunately, BC seems to have shaken off the bad vibes of last year, and the Eagles walked away easily with an 81-53 victory tonight.

To no one’s surprise, Maria Gakdeng scored BC’s first points of the season, converting an early layup to give BC a 2-0 lead. BC went up 10-2 from there thanks to a 3-pointer by JoJo Lacey and a pair of baskets by Canadian freshman T’Yana Todd.

The Eagles did a great job of drawing fouls in the first quarter (Dontavia Waggoner in particular), with Lowell scoring 5 with 4:51 left. Lacey made a pair of free throws on that fifth foul, at which point BC took a 15-6 lead.

Lowell closed within 3 as the first period ended, but Ally VanTimmeren hit a pair of baskets to help BC take a 23-16 lead in the second quarter.

Lowell came out dominant in the second period, and a pair of 3-pointers helped the Riverhawks take a 24-23 lead for their first lead of the game. Freshman Taina Mair put BC back on top with a big steal and her first basket as an Eagle, but Lowell immediately scored another 3 to go back up 29-28.

The game was close for much of the rest of the period, but Lacey hit a 3-pointer with just over a minute left in the half to put BC up 36-31, and Mair and Gakdeng followed up with their own baskets to give it to the BC an advantage. 40-31 advantage when the clock was running out. Lowell made a pair of free throws with 15 seconds left, and the teams went to halftime with BC leading by 7.

Todd started the second half with a 3-pointer, increasing BC’s lead to 10, and Waggoner followed with a basket and free throw for a 3-point play of his own, putting BC up 48-33.

The Eagles continued to dominate as the third period wore on, shutting down Lowell with some standout defensive plays and hitting the basket on offense. With 5 minutes left in the period, BC was leading 54-33. The Eagles didn’t give up on either end of the floor and took a 62-40 lead in the final period of play.

BC kept the momentum going in the last period of play, eventually winning this one 81-53. In a good display of teamwork, the Eagles made sure Ava McGee and Ally Carman, who came off the bench late, were able to score a basket before the game ended.

The Eagles will certainly have some work to do before ACC play begins, particularly in terms of limiting fouls and not having that slow period per game, but overall this season opener gives us a lot of positive takeaways. BC saw scoring from the entire squad, finishing with 52.38% shooting from the ground. Dontavia Waggoner led the game with 17 points and 8 rebounds, closely followed by JoJo Lacey with 16 points. BC also played strong defense for most of the game, posting 18 steals, 7 blocks and 45 rebounds. And on both ends of the court, BC managed to commit fouls.

On an individual level, Todd and Mair saw significant minutes for the freshmen, but they didn’t show much nervousness or uncertainty and scored 7 and 13 points respectively. Mair also had 7 steals, leading the team. Lacey and Waggoner stand out as players whose games have taken huge leaps since last season, with Lacey hitting some much-needed 3-pointers and making some big steals, and Waggoner putting on an offensive show to match his ever-high-energy defense. And, of course, Gakdeng continues to impress, particularly as he came up big with outstanding blocks and rebounds, finishing the game with 13 points, 8 rebounds and 3 blocks.