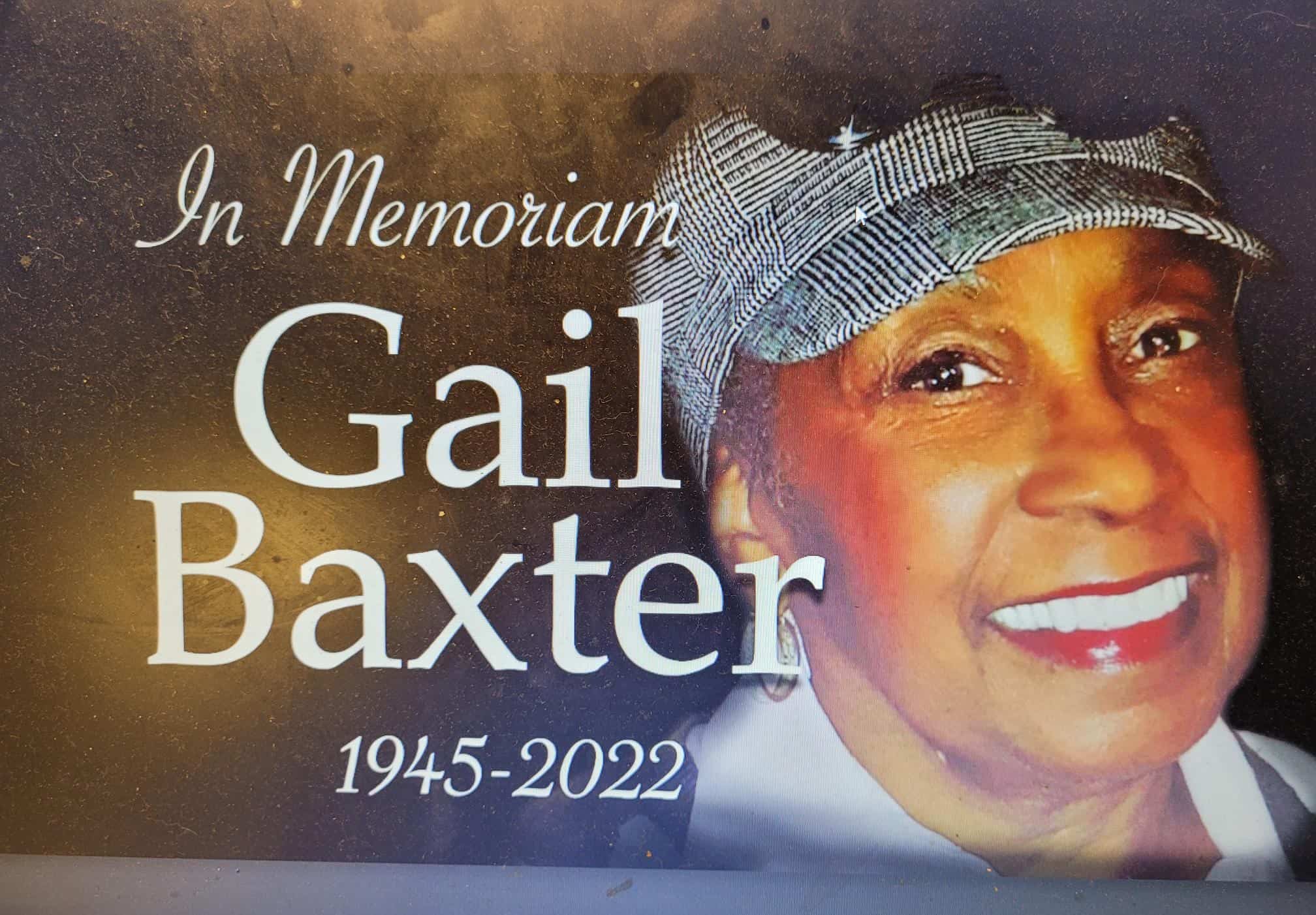 Gail graduated from Evander Childs Educational Campus, a high school in the Bronx, in 1963 and attended Bowling Green State University in Ohio, graduating with the class of 1967.

Gail married Richard Baxter and they had two sons: Patrick and Matthew. Gail, Patrick, and Matthew moved to Yonkers, New York, around 1976.

In 1988, Gail brought her grandson, Jordan Bazemore, home from the hospital. They have always enjoyed a mother/son relationship. Jordan was a tremendous support to Gail during these last few difficult years. He graduated from Saunders HS and has been a YPS employee for 15 years.

Shortly after moving to Yonkers, Gail began working for the Bank of Tokyo Trust Company and later worked for the Nynex Telephone Company. Gail herself also worked as a parent coordinator in the Yonkers Public Schools before retiring.

Gail Baxter was an advocate for civil and social rights for five decades. She was well known for her passion, courage and her activism. Her legal knowledge and years of experience navigating school systems helped countless families receive the services they needed. Gail will be best remembered as a crusader to help the underdog, being the voice of the underserved.

Gail has been officially recognized by the New York State Senate for her service to the NAACP, the Yonkers City Council as Parent Coordinator for YPS, the Westchester County Board of Legislators for the Yonkers PTSA Council, among many other awards and proclamations.

Gail has served as President of the Exceptional Children’s Parent Teacher Association (SEPTA), Chair of Mayor Spano’s African American Advisory Board, Member of the City Council President’s African American Advisory Board, Aquehung Democratic Women’s Club, and Gail was a long-standing and active member of the NAACP Yonkers Branch, becoming the president of the Yonkers branch from 2008-2010.

Gail was a member of numerous boards, commissions, and community organizations in Yonkers and Westchester County. Gail’s volunteer commitments are too numerous to list them all. She was a mentor for the Yonkers Partner in Education (YPIE) Program and Palisades Prep HS, among other educational organizations.

One of Gail’s favorite quotes was: “We live in a world where ‘Let someone else do it’ is the prevailing mantra. Now is the time to engineer a revolution where no one is left behind!” and “We should never go to another guy to do the job. It’s about the man in the mirror.”

To honor Gail’s advocacy, we are in the process of creating a memorial scholarship for a special needs high school student through the Yonkers Council of PTA, so in lieu of flowers, please donate to YCPTA. Send any donations to: YCPTA at 1 Larkin Center, Yonkers, NY 10701 NOTE: Gail Baxter Fund

A special thanks to Kisha D. Skipper for helping to write the obituary as a tribute to Gail, whom she admired.