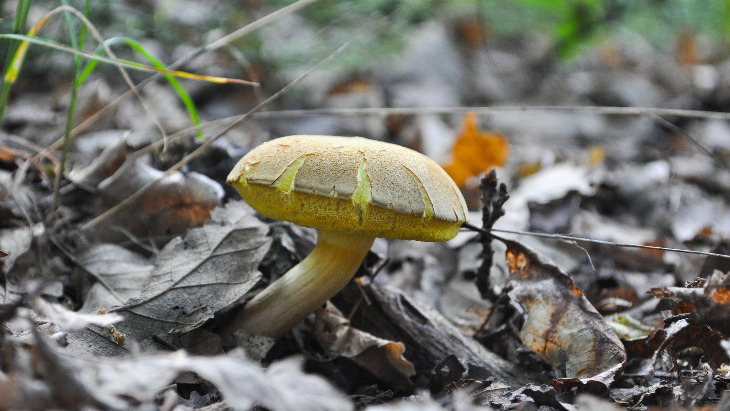 Foraging helps you slow down, get in touch with your senses, and ground yourself.

Wandering through the woods in search of plants, fruits, and nuts used to be the pursuit of mostly innovative chefs and those who aspired to live off the grid. Now, workshops and courses are being offered all over Israel, filled with people learning about wild edibles like mallow, chickweed, milk thistle, and fleabane, to name a few.

Artist Keren Farago began foraging for food two years ago with Kayma Bat, a company that offers courses in the Upper Galilee and Golan regions. The group meets once a month, which is perfect, she says, since there’s always something different in season.

Farago was drawn to her new hobby as a way to enrich and inspire her artwork. She now incorporates more themes from nature and often uses botany textbook pages as a backdrop for her painting. Her foraging for food has also given her knowledge of what grows wild in the garden of her home on Kibbutz Maayan Zvi. For a recent holiday meal, she picked edible flowers next to where she parks her car and added them to a salad for color and its nutty flavor. 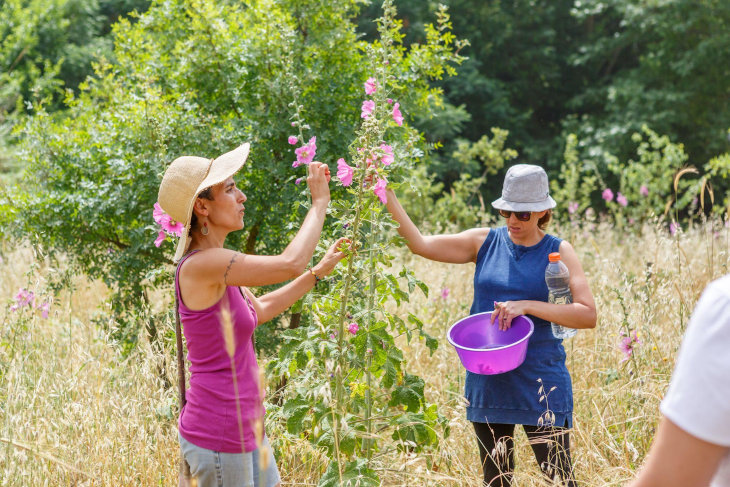 The communal nature of foraging for food and meeting new people is also a draw for Farago. “It’s fun meeting such a diverse group of people. There are 20 to 30 people and each one came for a different reason. One man is serious about his mission to live a more sustainable life, others are happy to find a new hobby, get out of town, or get back to doing something they enjoyed in their childhood when kids still played a lot outdoors.” He recently started a mushroom hunting course with a very knowledgeable guide. “Mushrooms can be very dangerous when they are poisonous, so it is important to learn from a professional.”

Bat Kayma founder Lilach Mutzafi-Harel was teaching environmental science at Tel Hai College when she came across a foraging guide course. After completing the program she began giving workshops and this has grown into a company that runs two-year programs, more intensive winter and spring courses and even a Witches program that combines gathering, weaving and aromatherapy. In nine years of operation, Mutzafi-Harel says she has seen the popularity of foraging grow tremendously. She thinks one of the draws is that it’s a way to really change the pace of everyday life and get in touch with all your senses. “We go to nature and not only learn to see what is edible, but also smell it, touch it and taste it. It is a sensual experience and can be a practice to take with you into daily life.” 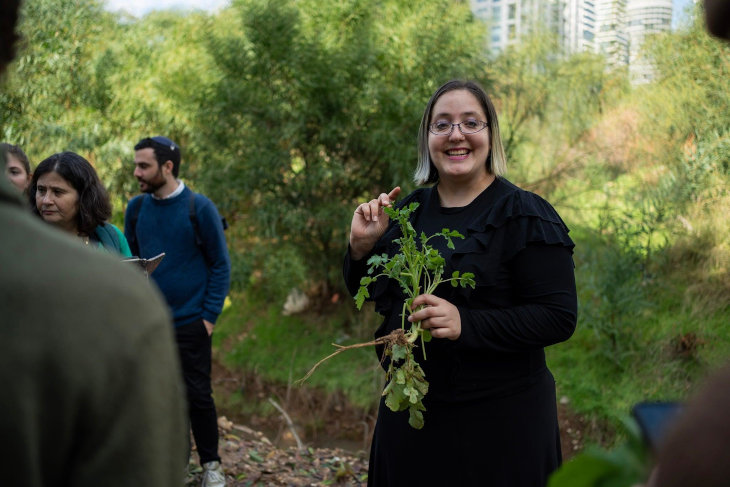 Foodies are definitely drawn to foraging experiences. Adara Peskin Shalem drives in Jerusalem’s Ben Shemen Forest and Sacher Park for private groups and high-tech company team-building events. These outings often end with a ‘nature-to-table’ meal cooked in the open air from the day’s finds. “It’s one thing to learn about wild plants, but it’s another to realize that you can make a tasty dish out of plants you thought were barely edible. I get excited about what I prepare,” she enthuses. Her favorites are wild asparagus sautéed in lemon butter and yellow cactus petals cut into long strips, similar in texture and shape to green beans. In summer, when mustard and fennel seeds are in season, it’s time for curried wild vegetables accompanied by indian cheesea Peskin-Shalem Indian cottage cheese makes it on the spot with milk, vinegar and salt.

Peskin-Shalem admits she was drawn to foraging about 11 years ago not for culinary reasons but as a measure to lower food bills. She “she was a single mom trying to cut costs and also blogged about frugal living and found it to be a great way to cut expenses.” She didn’t always feel this way. She was embarrassed when her mother was driving and stopped the car suddenly when she saw a wild mulberry tree. A guided Wild Weed Walk at a family campground in upstate New York changed her perception. Peskin-Shalem remembers being excited by the colorful edible flowers of Jewelweed.

It was only while homeschooling her children that she became reacquainted with foraging. “I belonged to an online group of parents who homeschooled their children. They often wrote about the wild edible plants they collected and I was envious. I was sure that what grew in New Zealand could not be found in Israel, but I soon found out I was wrong.” 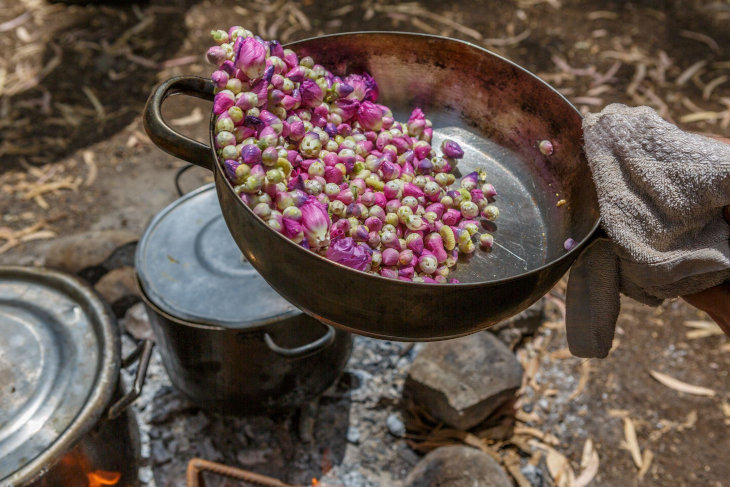 Tourists to Israel will also appreciate making a direct connection between the native flora and what we read about in the Bible. “Many analogies are made between biblical figures and plants,” explains Peskin-Shalem, “for example, Vashti (from the Purim story) is compared to nettles (sirpad). It is also fascinating to connect what you find in nature with the cycle of the Jewish calendar. For example, myrtle berries can be found exactly at the time of Sukkot, when they can be used for the Four Kinds. Wheat begins to ripen around Pesach and barley, which was sacrificed on Lag BaOmer, can be found here at the same time as the holiday.”

Looking for food doesn’t have to mean going far from home, either, according to Naomi Elbinger, a Sydney-born novelist living in Ramat Beit Shemesh who created Bloomah City Farm, a project that shows how to turn your backyard into a “food forest.” Although she recently organized a healing herb and wildflower walk for women in the city, she says it doesn’t take an organized group to start foraging. Just an hour before our conversation, she dropped her son off at kindergarten, saw a group of thistles, picked a few, and chewed on the seeds, which she says taste like popcorn but have “the benefit of being a cleansing superfood.” “. Another one of Naomi’s favorite wild snacks is the carob, which often grows in city parks. She recommends breaking the pods in half and, if they’re the good kind, she’ll come out with a honey-like syrup that you can suck on.

Foraging for food takes on new meaning during shmitta, the year in which the land of Israel is required to rest, Elbinger notes. “Shmitta can be difficult as there are so many things I would like to do in my garden right now, but I can’t. So it’s the perfect time to start foraging and connect with the natural world in another way.”