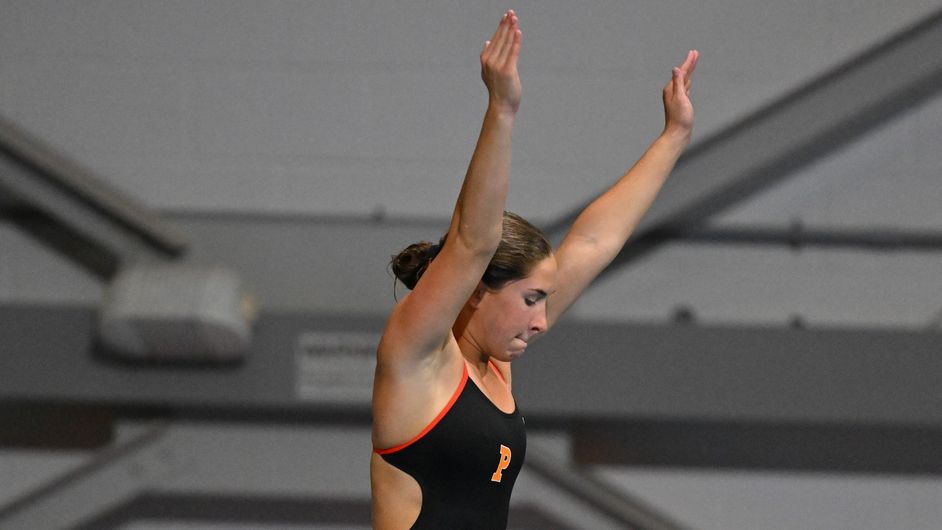 PRINCETON vs BROWN vs DARTMOUTH (WOMEN)

Princeton kicked off its 2022-23 season by hosting Ivy League opponents Brown and Dartmouth. The Princeton women’s team decisively beat Dartmouth and won a much closer match against Brown. This post contains only the summary of the women’s meeting. For the summary of men, Click here.

One of the highlights of the meeting came on the boards. At her first college meet, the Princeton freshman charlotte martinkus he broke the Tigers program record for the 1 meter jumps, dominating the event with a final score of 322.50. He broke the previous record, which stood at 312.50 from 2009. It’s safe to say that Martinkus’ college career is off to a great start, as he too won 3 meter dives with a score of 289.10.

Also competing in his first college meet, Princeton freshman Megan Reich he was another two-event winner at the meet. Reich began her competition and college career with a win in the 200-meter freestyle, swimming 1:51.17 to touch first by 1.54 seconds. He then went on to win the 500 free with a time of 4:56.43, taking a big early lead and holding it to the finish.

Another freshman Brown, Sumner Chmielewski, won the 200 flyweight in 2:04.05. He really got ahead in the third 50, carrying that momentum into the final lap. It was a 1-2 hit for Brown, with senior Nell Chidley skimming second in 2:05.75. Chmielewski was a two-time winner of the event, also taking victory in the 400 IM. He scored a decisive victory, swimming 4:24.01 in the 400 IM.

The first years as a whole were fantastic at this meeting. catherine yu, a freshman Brown, won the 100 breaststroke with a time of 1:04.79. princeton margaux mcdonald (minor) and Elizabeth Brownalso a freshman, he was slightly ahead of Yu, but finished second (1:04.99) and third (1:05.04) respectively.

princeton freshman year Sabrina Johnson he won the 100 free in 50.89, finishing as the only swimmer in the field in under 51 seconds. Another freshman tiger, Elizabeth Brown, won the 200 breaststroke, swimming 2:17.87. After losing to Yu in the 100 breaststroke, Brown took an early lead in the 200, beating Yu in each of the first three 50s. Yu would finish second in 2:18.54.

In all, freshmen made up ten of the day’s 14 individual winners, a truly remarkable showing.

princeton senior nikki venema He took the 50 free in 23.73, touching the first by 0.20 seconds. Venema was also the winner of two events, also taking victory in the 100 butterfly with a 55.53.

Brown sara barrett, a sophomore, was dominant in the 1000 free, swimming in 10:11.70 to win the race by nearly nine seconds. Another Brown sophomore, Jenna Reznicekhe regained the 100 in 54.53, posting the fastest split in the field in both 50s.