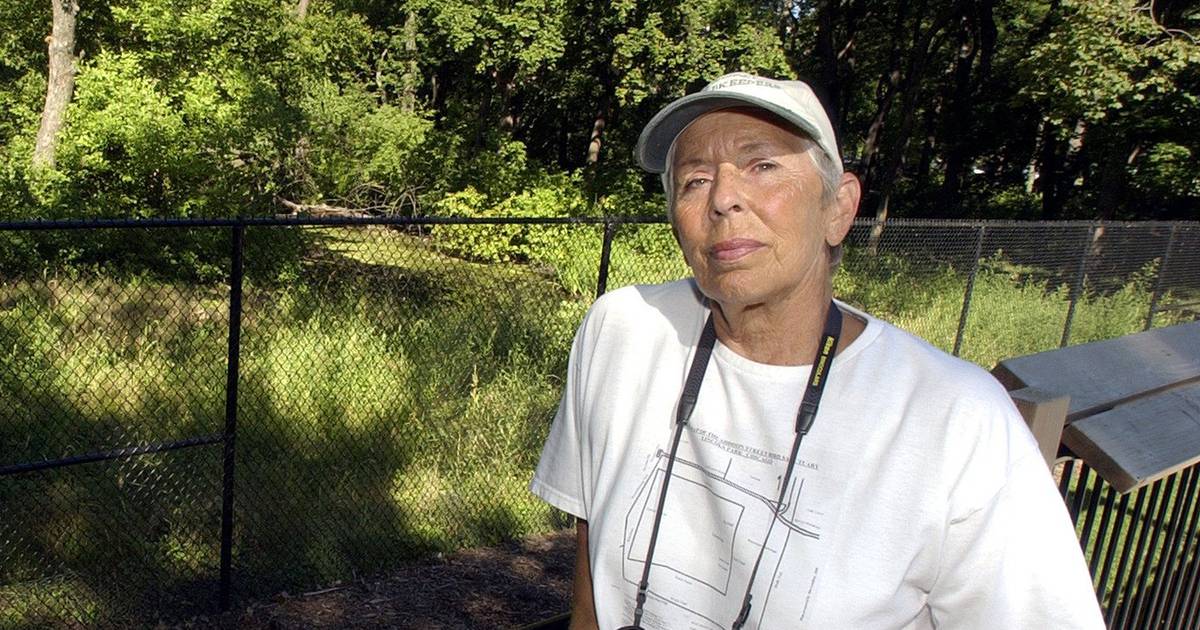 Charlotte Newfeld was a highly visible activist on Chicago’s North Side, whose diminutive size belied her tenacious and determined efforts to bring about social policy and land use change in her neighborhood.

A trained artist and unsuccessful candidate for Chicago alderman in 1983, Newfeld was a staunch supporter and ally of Chicago’s LGBT community during years when there were few openly gay politicians. He fought for a human rights ordinance prohibiting discrimination on the basis of sexual orientation and lobbied for a domestic partnership ordinance.

Newfeld was later equally visible in her opposition to night baseball at Wrigley Field as president of Citizens United for Baseball in Sunshine (CUBS). While she was not successful in preventing the lights from being installed at the ballpark, she held the team accountable in their efforts to protect her neighborhood.

“She was a fierce advocate for the issues that concerned her. She never stopped,” the former 46th Ward Ald said. Helen Shiller. “She was like the Energizer Bunny.”

Newfeld, 91, died of natural causes Nov. 17 at the Dobson Plaza Memory Care Center in Evanston, his daughter, Julie, said. She had been a Lakeview resident for over 60 years.

Born Charlotte Aronson in Chicago, Newfeld grew up in the Northwest Side Albany Park neighborhood and graduated from Von Steuben High School. She received a Bachelor of Science in Art Education from the University of Wisconsin at Madison in 1952 and a Master of Applied Arts from the university in 1953.

Back in Chicago, Newfeld married and began working as an artist, first in an Old Town studio and a few years later at Studio 23 on North Lincoln Avenue, where she was known for painting watercolors and creating ceramics, her daughter said. Through her work, Newfeld soon came to know numerous members of the LGBT community.

Those friendships sparked decades of advocacy on behalf of that community, including lobbying for a human rights ordinance that would prevent discrimination based on sexual orientation and gender identity at the city and county level, demanding a mayoral liaison with the LGBT community and seeking the creation of a city committee on LGBT issues.

“She was a fierce advocate for what was best for the neighborhood and the city of Chicago,” said Rick Garcia, who with Newfeld pushed for the eventual passage in 1988 of the city’s anti-discrimination ordinance based on sexual orientation. “I met her when she was working on the human rights ordinance for the city of Chicago, and she supported gay candidates long before any of us in the gay community. And she was a powerful woman because people listened to her.”

In the late 1960s, Newfeld was a member of the Lakeview Citizens’ Council and used his platform to urge officials to better accommodate Spanish-speaking public school students. Her commitment to independent politics included working with Mary Ann Smith, who became a longtime North Side councilwoman.

“Our volunteerism provided challenging adventures working side by side with brilliant attorneys, fearless organizers and genuine diversity,” recalled Smith.

Newfeld’s interest in politics culminated in his 1983 run for alderman in the 46th District. He lost by 66 votes to attorney Jerry Orbach.

“He was one of the most aggressive people I have ever seen. She was just a ton of energy,” said Paul Waterhouse, who led Newfeld’s council career. “She always understood how important it was to get involved.”

In 1982, Newfeld, who at the time lived about five blocks east of Wrigley Field on North Pine Grove Avenue, helped form Citizens United for Baseball in Sunshine, a community group and committee of the Lakeview Citizens’ Council dedicated to preventing the Light installation at Wrigley Field. The CUBS belief was that the night games would prove detrimental to the neighborhood.

The group scored some early victories, including city and state legislation that initially prohibited night games from being played at Wrigley. Ultimately, however, the team’s desire for night games prevailed, and the Cubs played their first home night game in 1988. Even so, Newfeld continued to hold the Cubs’ feet on fire whenever the team called for more. such as trying to increase the number of night games or other events at the stadium.

“She never wanted the neighborhood to be defined by a baseball club or a ballpark,” said Lori Cannon, a friend and fellow activist.

In 2014, Newfeld reflected on the fight against night baseball, noting that he saw honor and not failure in the CUBS battle.

“One of the reasons that Wrigley Field has stuck around, and is as popular as it is, is that we made it a global icon based on sunlight and green,” he told the Tribune. “It was that campaign on ‘No Lights’ that did it.”

Newfeld later devoted her energies to advocating for the protection and restoration of the Bill Jarvis Migratory Bird Sanctuary in Montrose Harbor.

“We manage almost 11 acres (in the sanctuary), and when she was younger, Charlotte was very hands-on and would go out and do things physically,” said Vera Rast, a longtime friend and fellow volunteer at the birding center. area. “She inspired the people around her to really get involved.”

Top news picks from Chicago Tribune editors, delivered to your inbox every evening.

“Charlotte was problem-driven and principle-driven,” Ronen said. “She cared more about real progress for women than politics. She was in awe of her energy, her drive and her commitment.”

In 1996, Newfeld was inducted into the Chicago Gay and Lesbian Hall of Fame as a “Friend of the Community” member.

Newfeld’s husband, Bernard, died in 2005. Other than their daughter, there are no immediate survivors.

A Celebration of Life service will be held in January.

Goldsborough is a freelance reporter.

To purchase a death notice, visit https://placeanad.chicagotribune.com/death-notices/. To suggest a staff-written obituary of a local person of interest, please email [email protected]