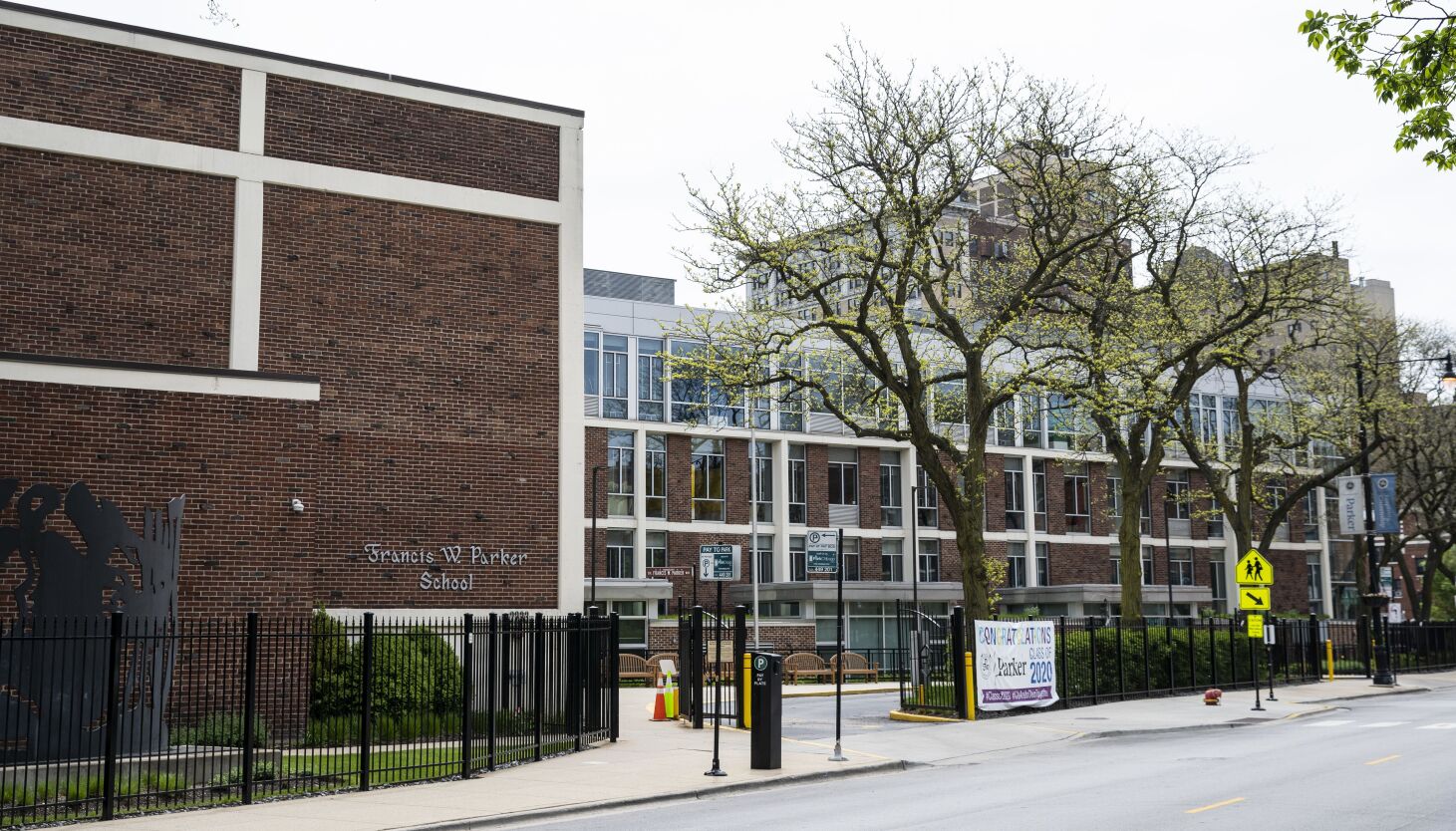 An elite Chicago private school has tightened security and disabled its Twitter and Facebook accounts after a video of its dean of students secretly recorded by a conservative group went viral on Wednesday.

The video captures the dean speaking last week about a visit to the Francis W. Parker School by an LGBTQ health organization to discuss queer sexual health with high school students. The video of that conversation was edited by the right-wing group before it was published.

Parker leaders sent a letter to the school community Wednesday night saying “we are heartbroken that one of our colleague’s words was severely misrepresented for malicious intent.” The letter offered strong support for her faculty and staff and the school’s “inclusive, LGBTQ+ affirmative, and comprehensive approach to sex education.”

The school said the local councilman helped expand police presence around its Lincoln Park campus and has implemented heightened security measures. At least one person marched in front of the school Thursday to protest the school’s sex education curriculum.

Project Veritas, the New York-based right-wing organization that made the video, claims on its website that it is “creating an army of guerrilla journalists.” Its agents assume false identities and secretly record conversations, often trying to embarrass or discredit progressive organizations and the media, including NPR.

The video was captured by an agent disguised as an attendee at a National Association of Independent Schools conference last week.

The agent recorded himself talking to Joseph Bruno, Parker’s dean of students. In the video, Bruno described an event during the school’s annual Pride Week last May. During an optional lunchtime session for high school students, Howard Brown Health educators presented a lesson on queer sexual health that included showing students sex toys. Bruno also mentioned a story time and a photo shoot with a drag queen. The video does not mention that both events were optional.

The video, which had been viewed more than 4 million times as of Thursday afternoon, made its way among media accounts and right-wing news sites. #ExposeGroomers trended Thursday on Twitter, and Fox News picked up the story in the morning.

Project Veritas posted a second video showing founder James O’Keefe attempting to confront Bruno on Wednesday afternoon on the Parker campus. Bruno walks away from O’Keefe and his cameraman. O’Keefe then asks the parents if they know the school is “giving kids sex toys” in a voice loud enough for nearby school-age students to hear. A parent volunteer asks him to leave.

Targets of previous Project Veritas undercover video projects have included educators and teachers’ unions. The American Federation of Teachers in 2018 published about a “heavily spliced” Project Veritas video that misrepresented the union’s response to an allegation of teacher misconduct.

This latest campaign is part of a trend of online right-wing attacks on LGBTQ+ children’s books and events that have sometimes led to threats and violence. Earlier this month, an independent school in Clintonville, Ohio, canceled a drag queen storytelling event after a post on the right-wing Twitter account LibsofTikTok inspired the Proud Boys, a militia group, to plan an armed demonstration outside from school.

Parker’s leaders said in their letter that they are “disgusted by the deceptive tactics of this group, their invasion during a conference of people of color, and their attack on the LGBTQ+ community” and offered strong support for the dean.

“Parker administrators and the Parker Board of Trustees stand behind Parker’s programming, the strength and inclusiveness of our curriculum, and the dedicated and talented faculty and staff who teach it.”

The school is offering mental health screenings to students and held an assembly on Thursday to discuss the news.