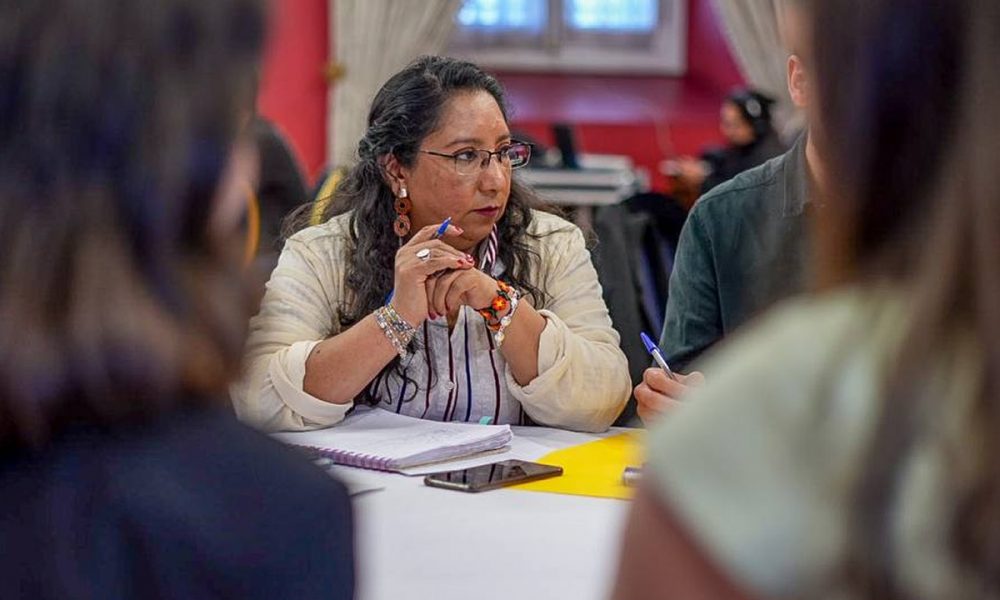 Peru issued an official apology on November 3 to Azul Rojas Marín, a transgender woman who was raped and beaten by a group of police officers in 2008.

After an Inter-American Court of Human Rights’ failure in 2020, Peru was forced to formally acknowledge its guilt in Rojas’s abuse. Despite this historical fact, Peru is still far from fulfilling all its obligations under the decision.

More than 14 years have passed between the incident and the apology ceremony that took place at the Peruvian Ministry of Justice and Human Rights. To illustrate this long journey toward retribution, Rojas lit a candle in front of a photo of his mother, who died before he could witness his daughter achieve justice.

On February 25, 2008, when she was 26 years old, Rojas was walking home alone. She alleges that it was then that a group of police officers searched her, beat her and yelled obscenities at her. After taking her to the Casa Grande police station, they stripped her naked and sodomized her.

Rojas initially tried to use Peru’s legal system to report his crime, but prosecutors dropped the case shortly after they began investigating it. And while she appealed the prosecutor’s decision, a Peruvian court dismissed her appeal in January 2009. So Rojas, supported by Promsex, a Lima-based LGBTQ and intersex human rights organization, took her case to the Inter-American Commission. of Human Rights.

Four years ago, in 2018, the commission agreed to hear the case, and two years later, the court issued a ruling. On March 12, 2020, the Peruvian State was found guilty of violating Rojas’ rights. This verdict ordered the Peruvian state to comply with a list of reparations that included a public apology ceremony for Rojas.

According to political scientist José Alejandro Godoy, last week’s ceremony is unprecedented and is the first time that the Peruvian state has apologized for a homophobic or transphobic act.

Godoy told the Washington Blade that the ceremony is “a very positive sign [of progress in Peru,] although it would have been preferable if this had occurred spontaneously and not by virtue of a court order”.

Elida Guerra, a consultant and researcher in international human rights law, works for Promsex’s litigation team. She is more balanced in her answer about whether this ceremony is an omen. Guerra recognizes the apology ceremony as important in the sense that she acknowledges the violations committed against Rojas. However, she tells Blade that Peru is far from providing equal rights to its LGBTQ and intersex citizens.

“It should be noted that in Peru there is no regulatory framework for the protection of LGBTI people,” said Guerra. “If we want a significant change regarding human rights, we must begin to make visible actions that protect and guarantee their rights. In this sense, the Peruvian State still has a long way to go.

In fact, Peru is one of the few countries in South America that does not provide any legal recognition to same-sex couples. And according to the Williams Institute, “public policies that protect the rights of transgender people are almost non-existent.”

Although Peruvian transgender people can go to the Judiciary to change their name and gender, the process is cumbersome and expensive. With a Conservative mayor in Lima who will take office in January, and a beleaguered, Not friendly President, the hope for progress coming from Peruvian institutions is bleak.

Therefore, many LGBTQ and intersex activists in Peru find hope in international courts such as the Inter-American Court of Human Rights as institutions capable of safeguarding their rights. Godoy even believes that entities such as the court could end up forcing Peru to “expressly recognize same-sex marriage.”

Guerra also believes that the court can help achieve human rights victories, but posits that this mechanism is not a panacea for achieving rights.

“We still have challenges such as the procedural delay, the delay in their response and the effective implementation of the reparations for the sentences,” Guerra said.

In the case of Rojas, these delays are evident.

Last week’s ceremony had an original deadline that expired months ago. In addition, the 2020 Inter-American Court of Human Rights ruling includes many other reparation measures that the Peruvian State has not yet carried out.

The court ordered Peru to “provide medical, psychological and/or psychiatric treatment” to Rojas and prosecute the officers who tortured her. It hasn’t happened either. The ruling also directs Peru to track anti-LGBTQ violence in the country and develop a national strategy to respond to it.

Despite the slow pace of implementation, Peru’s Ministry of Justice and Human Rights appears to be working to carry out at least some of these reparations.

At the apology ceremony, his ministry announced the training of “a technical team to… investigate and administer justice in criminal proceedings for cases of LGTBI+ people.”

Chero’s new team is perhaps a welcome development for LGBTQ and intersex Peruvians still awaiting their time in court.

Guerra tells the Blade many cases of Peruvian queer and trans people who are victims of multiple human rights violations but who have not been able to obtain justice at the national level.

Enrique Vega-Dávila, a queer pastor and academic, echoes Guerra’s call for justice by many LGBTQ and intersex Peruvians.

“There are lesbians who have suffered corrective rape,” Vega-Dávila said. “Also, the harassment of LGBTQ children and adolescents has never received any [official] sanction. The multiple offenses of the State provoke the systematic denial of our identities”.

Many issues remain for Peru’s LGBTQ and intersex community. But on the day he waited too long, Rojas was optimistic.

“Today is a historic day,” he said. “This is the new image, the new face of human rights… the beginning of what is to come.”