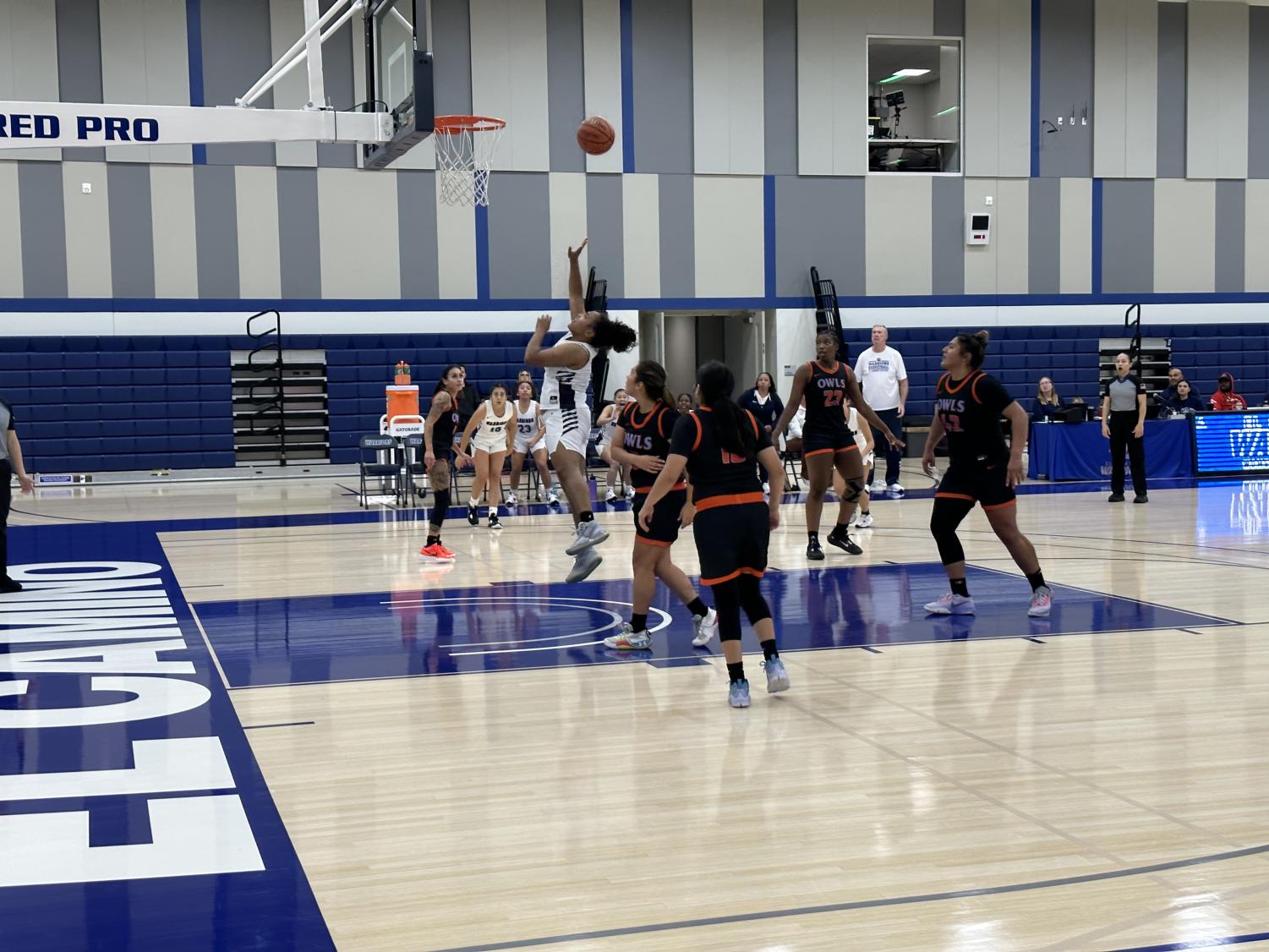 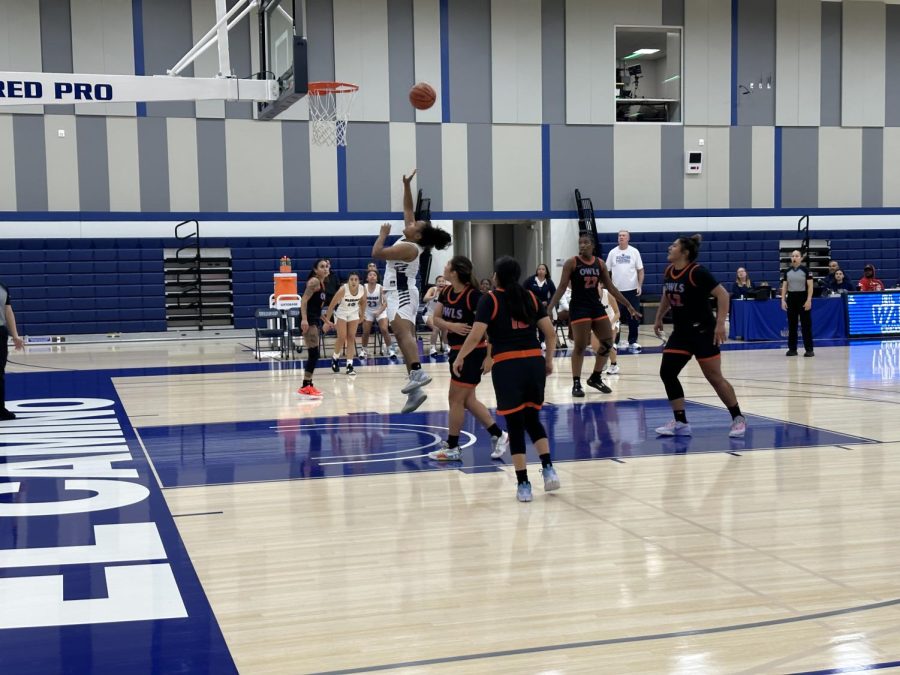 El Camino Warriors sophomore guard Shana Moten fires a shot that helps keep the game close during the fourth period on Friday, Nov. 11 at the ECC Gym Complex. El Camino was defeated by Citrus 49-46 and will play its next ECC Crossover match against Rio Hondo on Wednesday, November 16 at 5 pm at El Camino College. (Eddy Cermeno | The Union)

After a 15-point deficit late in the first half, the El Camino College women’s basketball team turned the game around against Citrus College, but ultimately fell short during their home game.

The home crowd applauded the Warriors’ efforts after a shot was made as the clock expired late in the third quarter to gain their first lead of the game.

Due to a strong defensive performance in the third quarter, the Warriors held the Owls to just four points, while they scored 20, and entered the fourth quarter with a 35-34 lead.

After both teams traded points during the fourth quarter, the game ended 49-46 as Citrus College narrowly defeated El Camino.

Warriors sophomore guard Shana Moten he made a shot to help maintain his lead, but moments later, on a subsequent possession, he landed awkwardly and had to leave the game apparently with a leg injury.

The Owls would go on to outplay the Warriors with some key shots from the second-year guard. Reanne Reola and second ahead Giselle Garcia-Nunez.

Warriors coach Stephen Shaw said the team didn’t have a great first half as they struggled to shoot away from the basket.

“Sometimes we shoot too fast, we have to be more patient and have a balance on offense,” Shaw said.

Shaw said the Owls were giving the ball to their shooters. García-Núñez made effective shots taking advantage of the Warriors’ repeated missed shot attempts.

“They make it very difficult for you, especially when they give you [Garcia-Nunez] the ball,” Shaw said.

The Owls’ offense came primarily from Reola, who scored 21 points and García-Núñez, who had a team-high 22 points along with 12 rebounds.

Being outscored by the Owls 46-34 made the game difficult for the Warriors, as the Owls were able to create shot-taking opportunities every time they missed an attempt.

Despite his first-half struggles, Shaw made adjustments during halftime by switching to his zone defense, helping the Warriors come back for a chance to win the game.

“I have been impressed with our performance at the end of the last two quarters and our communication,” Shaw said.

The Warriors will play their next home game on Wednesday, November 16, where they will face the Rio Hondo College Roadrunners.