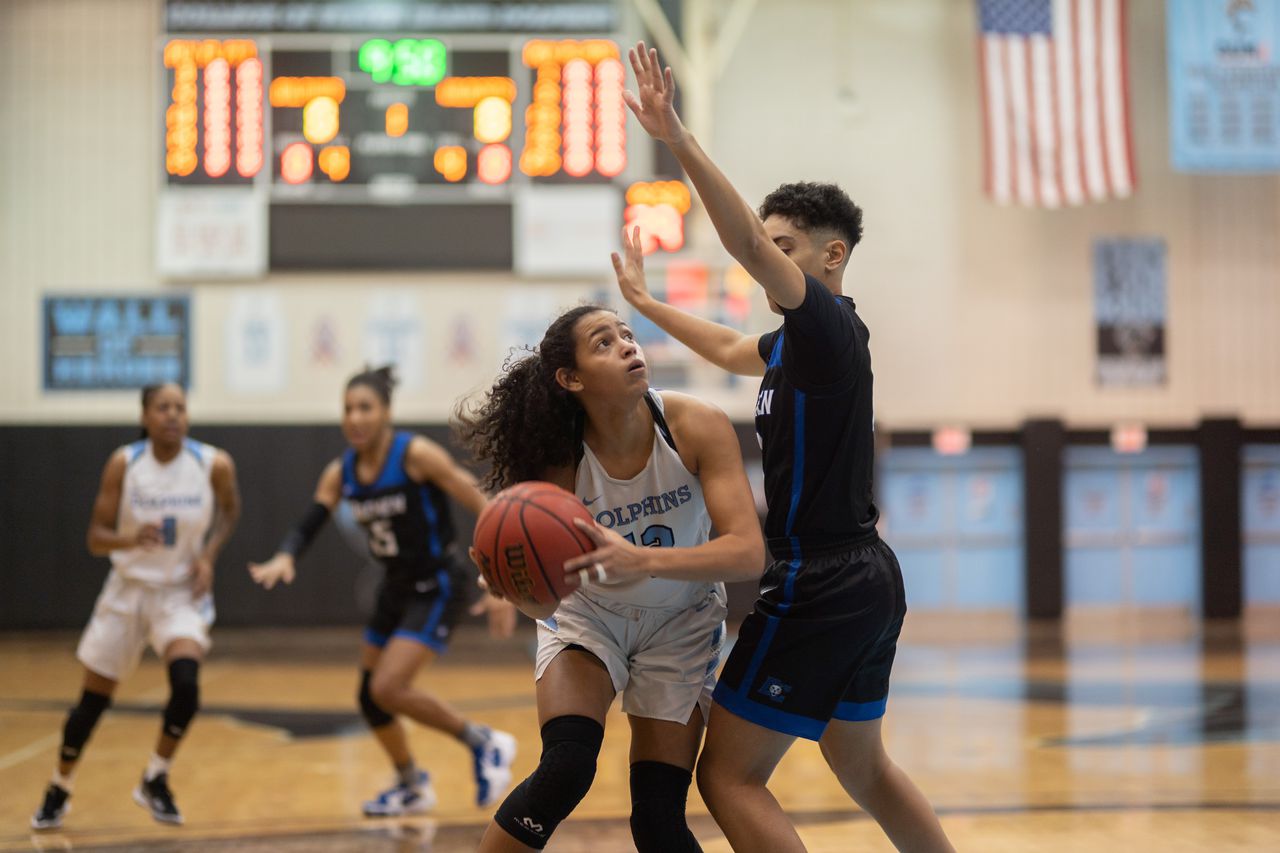 In trying to make Staten Island University’s women’s basketball program seaworthy for Division II, Nicole Sarcone is taking her progress where she can find it, understanding that it never comes fast enough.

Fifth-year coach brings a small, young, fast team to the Dolphins’ first season, after a three-year trial, as a full Division II and Coast Conference playoff-eligible member East. Eight of their 12 players are returnees. Six are sophomores. None is older.

That kind of youth almost always shows up on the win-loss record. CSI went 6-20 overall last season and 4-14 in the ECC. It wasn’t an easy ride, but the season also provided real opportunities for some of Sarcone’s youngsters.

“They’re just more mature,” Sarcone said. “They have a year behind them. They all got big minutes as freshmen and I think going into games, having that experience will help us.”

As for the Dolphins’ shortcomings, well, that’s not a bad choice of words. CSI isn’t a particularly tall team, with only one player over 6 feet and everyone else listed as 5-9 or under. That was most noticeable last year in the cup, as CSI was outscored by eight rebounds per game.

“Our conference is more about ‘tweens,’” ​​Sarcone said. “They play on the perimeter. They defend below. (But) we need to bring more size.”

Heading into Saturday’s season opener against Holy Family (CSI Conference Challenge opener), Sarcone hopes to see some growth in other areas, better shot selection, to name one. CSI shot 33.5% from the field last season (opponents shot 39.7%) and was outscored by 11 points per game. An overreliance on the 3-point shot, Sarcone thought, was at the root of those problems.

“There were games where we stayed because of 3-pointers, but we weren’t shooting a high percentage (31% for the season),” Sarcone said. “That’s where we need to grow individually… understand the game situation better. (If) we missed 3-pointers in the last five possessions, maybe (another three) it’s not the best shot for us.”

And the coach hopes to make a more diversified game.

“We’re trying to put a little bit more on his plate as far as IQ,” the coach said. “We can’t go into every game where the opponent knows (we’re) playing pack line defense for 40 minutes, we don’t push. We are trying to add more variety for them to learn to make adjustments and changes. And that our arsenal is a little heavier.”

See also  This is the average net worth of 40-somethings. How is compared?

The abundance of minutes played by last year’s freshmen is why Sarcone believes that progress is achievable.

“We put a lot on (Alarcon’s) plate last year,” Sarcone said. “There are not many free minutes. She is equipped for it. She doesn’t think she’s equipped for it. She was never asked to play that kind of role. But she should be confident because she did a lot. (Lambert) was very consistent. Lofaro started the hot season. (Massingue) grabs boards, plays with energy, was great in man-to-man defensive rotations.”

There will be some creativity involved. One of the realities of Division II ball is the need to set up a system that suits the players. The Auriemmas, Staleys and VanDerveers of the world make players adapt to their systems. The Sarcons are not working in that universe.

“The offense that we’re running is going to be good for our staff,” Sarcone said. “It’s going to help us in the games. We had great scoring droughts (last year). We bet on the three-point shot. We were so stuck. ‘Let me take this photo. I will try to fix it. This offense is more (oriented) to get into the lane.”

The Dolphins are picked to finish eighth in the nine-team ECC. It’s a pretty strong women’s league, with last year’s champion Daemen reaching the Eastern Region Division II finals. Covid ended the 2020-21 CSI season, so this is only the Dolphins’ second season of playing in nothing but Division II competition. Sarcone is optimistic and realistic at the same time.

“Last year everyone was new to college basketball,” Sarcone said. “It’s still only a year. (Lambert and Esposito) are the only ones with several years (of playing in college). I think we’ll be harder to protect if we can stay consistent and build on this (offense). We’ll see when we get to the field.”