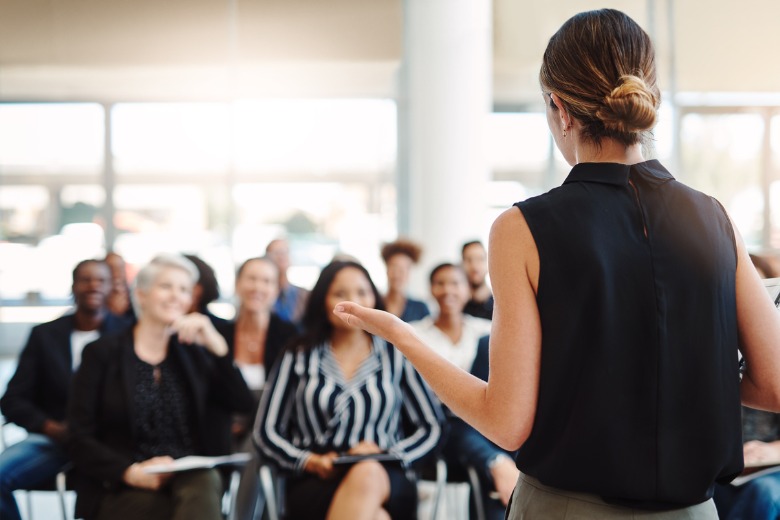 About 70 government agencies and departments are enrolled in a program run by the LGBTQ advocacy group ACON, raising concerns about the impartiality of public services.

ACON spearheaded the successful campaign for marriage equality and has increasingly taken up advocacy for transgender people, which some critics say resurrects regressive gender stereotypes and potentially erodes the rights of women and LGB people.

ACON describes itself as a health promotion organization and denies being a lobbyist.

“Describing ACON as a lobbying group is disingenuous and denies a sectoral advocacy approach that is common to non-governmental health organizations working to improve the health and well-being of marginalized people,” a spokesperson said. government news.

But while ACON says its programs try to promote inclusive workplaces, critics say initiatives like Pride in Diversity (PID) and the Australian Workplace Equality Index (AWEI) try to embed the ideology of one interest group into what is they are supposed to be impartial public institutions.

In addition to training and support, Pride in Diversity offers members preparation to enter AWEI, which ranks organizations based on their support for LGBTQ issues in the workplace and rewards the best.

The spokesperson said that “dozens of government agencies and departments at all levels of government” are currently members of Pride in Diversity, but did not provide specific numbers.

The AWEI “had the participation of several government agencies and departments”.

Federal government departments are not included in the current list of members, however files show that as of October there were 35 members of the Australian government, including the Commonwealth Ombudsman’s office, the NDIA, the department of the Prime Minister and Cabinet, the federal Department of Health, the APSC and the ATO.

See also  Your Libra horoscope for December 2021 is here

invoices seen by government news show that ASIC, ATO and Services Australia each paid $6600 for PID membership this year, although they are not listed on the website.

The invoices also show that ASIC paid $2,470 in June for a ‘Train the Trainer Program’, and that ATO paid $11,000 in February for the ‘Australian LGBTQ Inclusion Awards Luncheon 2022 – Silver Sponsorship’.

The spokesperson said the federal government listing was removed from the website because members were being “targeted and targeted by anti-trans activists.”

ACON describes the PID as a “non-profit employer support program for all aspects of LGBTQ inclusion in the workplace.”

“Pride in Diversity are specialists in human resources, organizational change and workplace diversity dedicated to improving the health and well-being of LGBTQ people by reducing exclusion, invisibility, homophobia and stigma in the workplace” says ACON.

Pride in Diversity are specialists in human resources, organizational change and workplace diversity dedicated to improving the health and well-being of LGBTQ people.

“As a member-based programme, Pride in Diversity works closely with human resources, diversity professionals and LGBTQ network leaders on all aspects of LGBTQ inclusion within all sectors of the Australian workforce.”

Pride in Diversity offers training and consulting services on LGBTQ inclusion in the workplace as part of Pride In Diversity membership, as well as for a fee-for-service to non-members.

ACON manages the AWEI scheme as part of the PID. The scheme, described as “the definitive national benchmark on LGBTQ inclusion in the workplace”, surveys participating organizations on their implementation of LGBTQ-positive practices, ranks them on their responses, and awards prizes.

ABC Managing Director David Anderson won CEO of the Year and ABC won Best External Media Campaign for its Innies and Outies podcast, which explores stories from LGBTQA+ people about coming out or staying in.

See also  'Till' review: Danielle Deadwyler is heartbroken as a mother whose grief helped galvanize the civil rights movement

ACON says Pride in Diversity, launched in 2010, was established with the assistance of UK LGBTQ advocacy organization Stonewall UK.

However, several UK government agencies, including the UK Cabinet Office and the Equality and Human Rights Commission (EHRC) have cut ties with Stonewall’s Diversity Champions scheme, on which it is modeled Pride in Diversity, amid an investigation by BBC journalists Stephen Nolan and David Thompson. .

Nolan and Thompson argue in a ten-part podcast series released last year that, as a lobby group, Stonewall has every right to lobby. But the research raises the question of whether it is right in a democracy for a pressure group to have so much influence over the government and government policy.

“Why did (these public institutions) bring in (Stonewall) and allow them to influence their own policies? And can they then say that they are truly independent?

“Then why did they bring them in and allow them to influence their own policies? And can they then say that they are truly independent?

“All public institutions that should have their own thinking should step back and tell themselves if this is in line with our spirit, our policies.”

Holly Lawford-Smith is Associate Professor of Political Philosophy at the University of Melbourne, whose current research focuses on the conflict between gender identity and the rights of women and gay, lesbian and bisexual people.

Dr. Lawford-Smith says she supports moves to encourage diversity in the workplace, but is concerned that an interest group like ACON would “embed” itself in government institutions.

Promoting diversity in the workplace is a good thing, but… it is quite another thing to confuse it with the roots or cooking of an ideology.

“It is especially concerning when it comes to government institutions, because a large part of their mandate is to provide public services in an impartial manner,” he said. Government News.

Dr Lawford-Smith says there are lessons for Australia from the Stonewall experience.

“The BBC report did show that there was serious concern with the perception of bias, that these institutions that should be neutral are essentially paying to be pressured,” he said. government news.

“Here we have an organization, ACON, that is explicitly based on the Stonewall program and that is integrated into the institutions in exactly the same way.”

Cordelia Fine, Professor of History and Philosophy of Science at the University of Melbourne, was the academic leader on a recent panel discussion called Pride and Prejudice in Politics that looked at what Australia’s public institutions could learn from the Stonewall controversy. .

She says it’s important to understand that the debate is not about the right or wrong of ACON’s position on a particular issue.

“It is about the fundamental principles and values ​​of government agencies and departments,” said Professor Fine. government news.

“Pride in Diversity can offer valuable advice to organizations, and many of the recommendations suggested in AWEI to promote LGBT inclusion are very useful.

“However, there is a problem if only one group in those disputes enjoys the role of expert and rates and scores the performance of organizations according to their own criteria, beliefs and values.

“Government agencies and departments must be independent, impartial and transparent.”

In a statement on its website, ACON says the PID program has been misunderstood and attacked by opponents of LGBT equality.

“Diversity and inclusion programs are just as important in the public sector as they are in the private and nonprofit sectors,” it says in the statement.

Comment below to give your opinion on this story.

If you have news or an advisory, please contact [email protected]