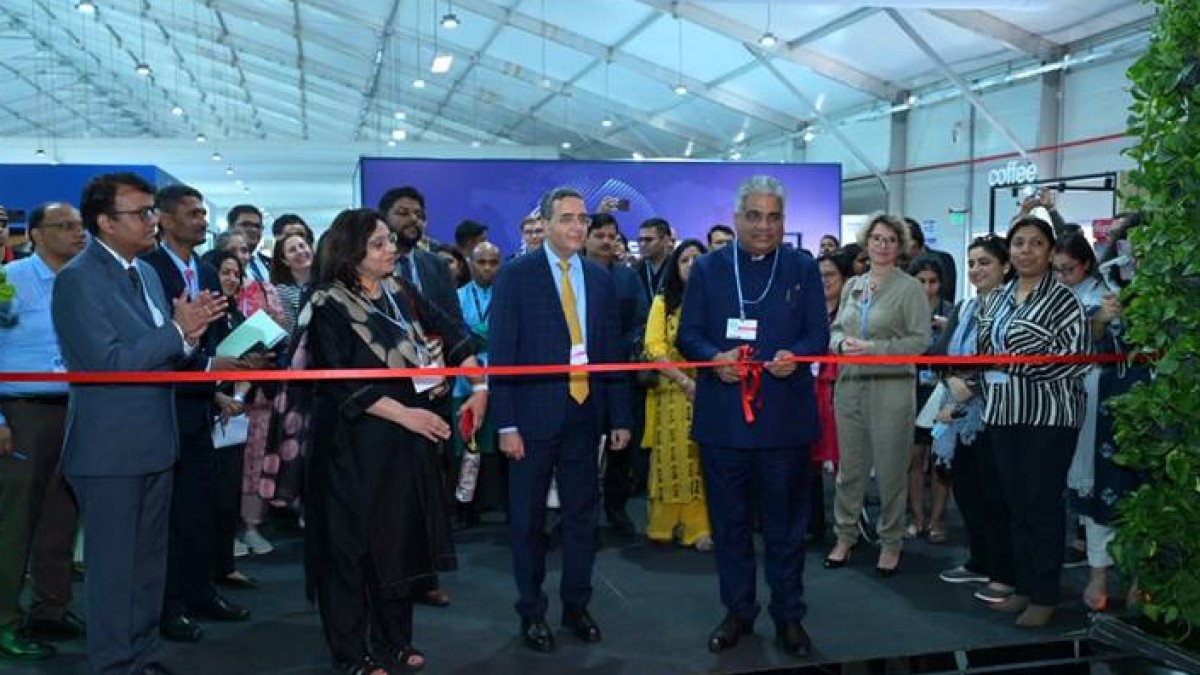 The United Nations climate change summit opened in Egypt on Sunday with the inclusion of “loss and damage” financing on the official agenda and India hoped that fair negotiations would follow on the matter. COP27 is scheduled to take place from November 6 to 18.

More than 120 heads of state and government are expected to attend the conference, including US President Joe Biden and UK Prime Minister Rishi Sunak.

Prime Minister Narendra Modi will not travel to Egypt. The Indian delegation is led by Union Environment Minister Bhupender Yadav, who will address heads of state at the Sharm El-Sheikh Climate Implementation Summit on November 7-8.

Yadav will speak at the UN Secretary General’s High Level Round Table to launch the “Executive Action Plan on Early Warnings for All”. He will also speak at an event on the Middle East Green Initiative.

For the first time since the adoption of the UN climate convention, the Parties agreed to introduce #loss and damage financing as an agenda item at the climate conference. (1/2) #COP27 pic.twitter.com/Ct8Q6WVnd0

India’s position on the “loss and damage” debate

Financing or a new fund to deal with loss and damage, for example the money needed to relocate people displaced by floods, has been a long-standing demand of poor and developing countries, including India. But rich countries have avoided discussions about it for more than a decade.

“With the inclusion of this agenda item, India will constructively and actively engage on the issue during the course of discussions at COP27 and look forward to fair negotiations on loss and damage to follow,” read a blog post written by Yadav.

“India welcomes the adoption of the ‘Loss and Damage’ agenda item at COP27,” the minister said.

Loss and damage is a term used to refer to consequences of climate change that are beyond what people can adapt to, or where options exist but a community does not have the resources to access or use them.

Accessing the financing of these mechanisms is complex and takes time. Financing for adaptation is grossly inadequate and financing for loss and damage has been almost negligible. Taking note of the situation, India, along with other countries, has been seeking the adoption of an agenda item on financing loss and damage, the minister said.

“India believes that COP27, under the banner ‘Together for Implementation’, should become the ‘COP for Action’ in terms of climate finance, technology transfer and capacity building. “The scale of the problem facing the world it’s huge. Action cannot be delayed and therefore concrete solutions must emerge and implementation must start with COP27,” Yadav said.

The 27th edition of the UNFCCC Conference of the Parties (COP) will also see the country seeking clarity on the definition of climate finance.

See also  Here are 5 things you might not expect, but absolutely need to prepare for

The absence of a definition of climate finance allows developed countries to greenwash their finances and pass off loans as climate-related aid.

“India is very clear that the world needs a multilaterally agreed definition of climate finance. India does not recognize loans as climate finance because it pushes vulnerable countries further into debt. Our focus at COP27 during our negotiations is therefore to concessional and climate-specific grants,” Yadav said.

He said India upholds the power of individual action, but reiterated that those historically responsible for the climate crisis can no longer shirk responsibility.

“We also look forward to the introduction of new technologies and new collaborations to facilitate technology transfer,” a statement from the Union Environment Ministry quoted the minister as saying.

Union Minister @byadavbjp inaugurated the India Pavilion at the 27th Session of the Conference of the Parties to the UNFCCC (COP 27) Sharm El-Sheikh, Egypt, today

In the talks, India will also emphasize that it is one of the few countries to have achieved the 2015 climate targets set in Paris, and will emphasize climate justice and sustainable lifestyles through Prime Minister Narendra’s ‘LiFE Movement’. Modi, which means “Lifestyle for Environment”.

LiFE stands for “Lifestyle for the Environment”, an effort for people and the planet that seeks to change the world from mindless and wasteful consumption to the conscious and deliberate use of natural resources.

Yadav said that India believes that climate action starts at the individual level and that Prime Minister Modi through the “LiFE movement” has provided a simple solution to the complex problem of climate change.

He said that India believes that climate action starts from the individual grassroots level and therefore designed the India Pavilion with the theme of “LiFE – Lifestyle for Environment”.

Yadav said that the Indian Pavilion at COP27 will continue to remind delegates that simple lifestyles and individual practices that are naturally sustainable can help protect mother earth.

Climate mismatch between the developing and developed world

At this year’s conference, developed countries are expected to pressure developing nations to further step up their climate plans.

On the other hand, developing countries would seek the finance and technology commitment needed to address climate change and resulting disasters.

This year’s UN climate summit is taking place in the shadow of Russian aggression in Ukraine and the related energy crisis that has tested countries’ abilities to urgently tackle climate change.

COP27 will actually kick off on Monday with a World Leaders Summit, where heads of state and government will deliver five-minute speeches outlining their efforts to combat climate change and what they expect from the conference.

(With contributions from the PTI)