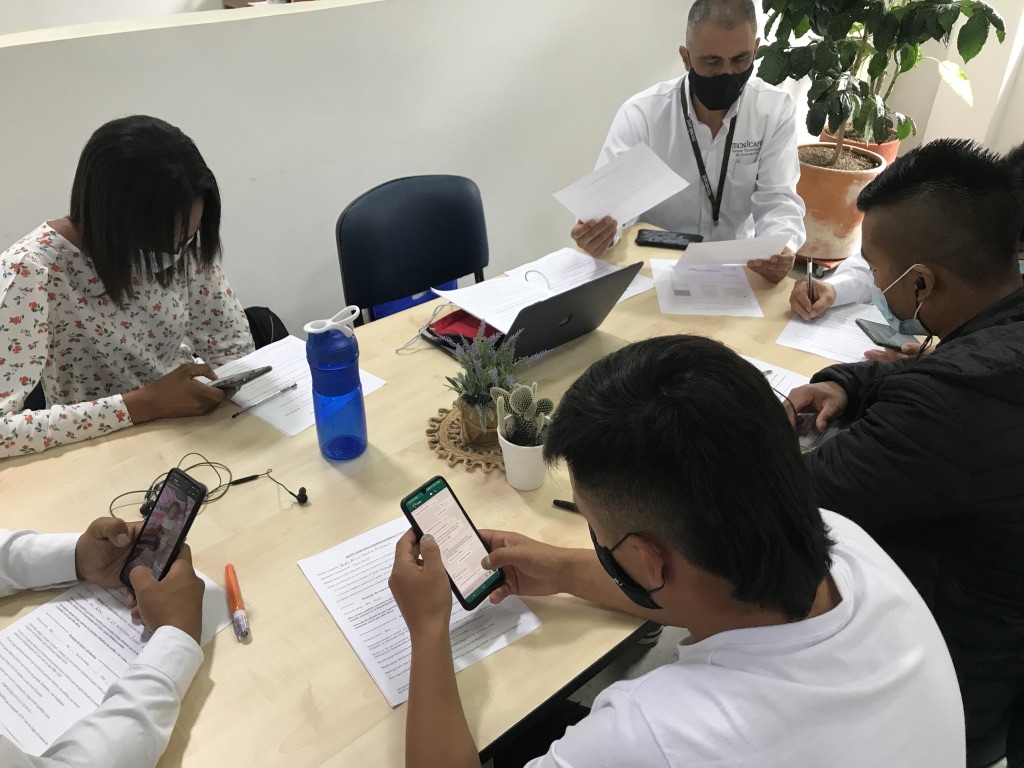 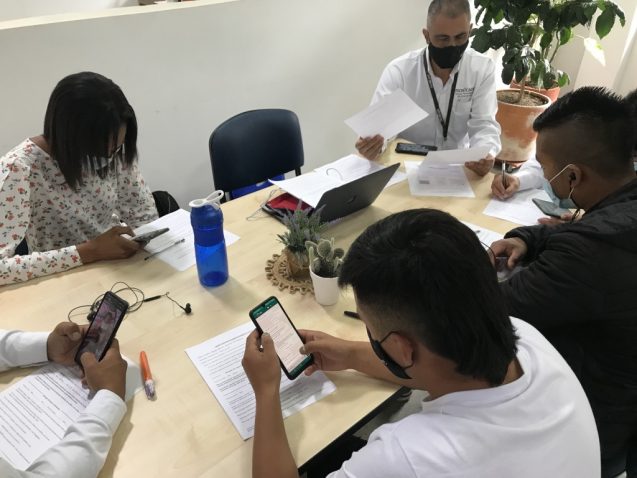 Coffee farmers in southwestern Colombia play iKON, a phone game that is designed to help create better insurance products for the region. Courtesy of Tecnicafé and Caficauca, November 2021

ACtoday is a Columbia World Project that aims to combat hunger by increasing climate awareness in six countries that are particularly dependent on agriculture and vulnerable to the effects of climate variability and change: Bangladesh, Colombia, Ethiopia, Guatemala, Senegal and Vietnam.

ACToday’s work with country partners to develop sophisticated forecasting systems and new climate services tailored to agriculture has enabled the World Bank and World Food Program scale significantly its provision of affordable index insurance to more than one million farmers in several countries.

Index insurance is an innovative and affordable type of insurance based on a weather index, such as precipitation measured by satellites or a local weather station. If the amount of rainfall during critical stages of a crop’s growth cycle does not reach a preset threshold, farmers who purchased the insurance are automatically compensated without having to file any claims. This innovation has significantly reduced transaction costs and risks for insurance companies, allowing them to keep premiums low and enable millions of farmers to access coverage not previously available to them. In times of drought, insurance helps farmers and their families keep food on the table. In years without drought, insurance coverage helps farmers feel secure in obtaining loans to buy fertilizer and other inputs that can significantly increase their yields and income.

In order to offer insurance protection to even more small farmers, in 2021 ACToday began testing open collaboration mobile apps that tap into the experiences and memories of farmers themselves.

“We know from our decades of work that index insurance programs cannot scale successfully if they don’t include farmers in the design process,” said Daniel Osgood, who leads ACToday’s work on insurance.

Farmers help improve the rate that underlies the insurance they are buying. If a poorly designed index does not capture the reality on the ground accurately enough, farmers may not get insurance payments when they deserve them. Not only would this cause unnecessary hardship, it would also damage the credibility of the insurance program.

“We ask farmers what they have experienced in the past few years and what they are experiencing in the current season, and see how that matches up with the climate data we have from weather stations, satellites and forecasts,” Osgood said.

“If they agree, we know we can safely use our insurance models to help farmers in times of drought. If they disagree, we work to find out why and resolve that issue if we can.”

Ultimately, this process leads to a more reliable index, which leads to greater community trust and acceptance of insurance.

ACToday’s insurance team knew that information could never be obtained from tens of thousands of farmers in the six project countries through traditional in-person community visits, even in the absence of a global pandemic.

“This kind of bottom-up approach has never worked before on a large scale. We’ve never had a framework that allows millions of local people to drive decision-making on a project designed to benefit them, and it’s still entirely science-based.” — Daniel Osgood, I.R.I.

As a result, they developed a phone-based game to do so and piloted it in 2021 with around 200 Colombian coffee farmers. Participating farmers were asked questions such as [translated from Spanish]:

“Guess which year was worse, based on most of your neighbors and rain gauge and satellite data sets: [Year 1] either [Year 2]?”

Once they chose, the game would tell them the answer and then ask them the same question for a couple of different years. The game is designed in such a way that farmers can learn which years were the worst based on official records, and the researchers learned which years showed significant disagreement between farmers and historical records.

While the results won’t be fully analyzed until later in 2022, preliminary indications are very encouraging. For example, the game was widely shared among farmers, who played an average of 200 rounds (comparing 200 pairs of years) during the four days of the pilot. The team is expanding the game to Guatemala and other ACToday countries in 2022.

The phone game is part of a suite of new ACToday crowdsourcing technologies that have recently been successfully tested around the world for projects reaching millions of people.

“What’s exciting is that this kind of bottom-up approach has never worked before on a large scale,” Osgood said. “We never had a framework that would allow millions of local people to drive decision-making on a project designed to benefit them, and it’s still entirely science-based. It’s like artificial intelligence, but it’s really human intelligence or community intelligence.”

this story was originally published by the International Research Institute for Climate and Society at the Columbia Climate School.