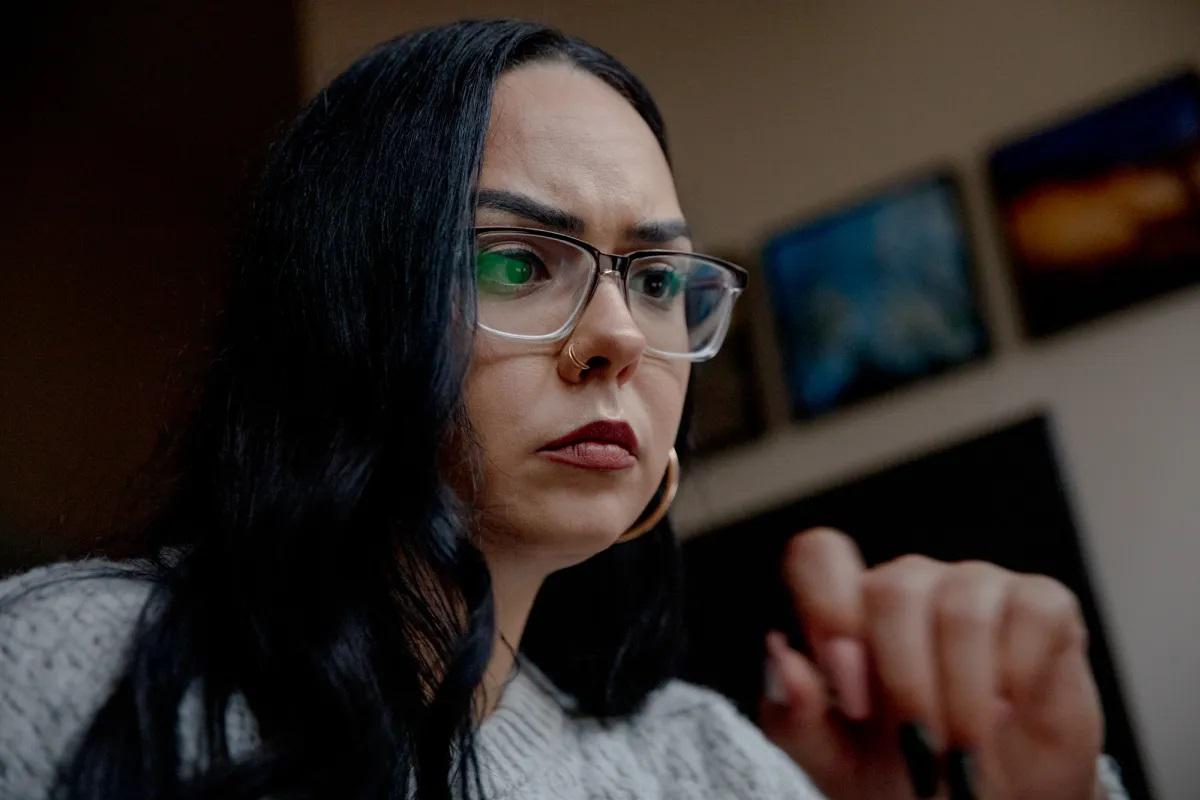 Brandi Kennedy prefers to focus on the positives in life. Between her master’s degree courses, her full-time job at a Middletown nonprofit, her internship at the Connecticut Women’s Legal and Education Fund, and raising her two sons, the 31-year-old single mother is sparsely.

But she believes in the work she’s doing as an advocate for victims of family violence at the Middletown Community Health Center.

“For nonprofits not to fall into a pretty depressing dead end, it’s going to take people to stand their ground and really fight and advocate for that sector,” said Kennedy, who is working toward a master’s degree in social media. . she worked at the University of Connecticut.

But hanging on is hard for someone like Kennedy, who will be $100,000 in student loan debt once he graduates in May.

She has no idea how she is going to return it.

According education data, Connecticut residents owe, on average, $35,448 in student loan debt. Kennedy is so overwhelmed by the prospect of paying hers that she can’t bring herself to log on to her student loan website to check her balance.

“I’m trying not to look into it until absolutely necessary, [or] I’ll get stressed,” he said.

There were at least six bills proposed at the beginning of the session that would ease the financial burden of student debt. One of them, HB 5130, would repay student loan debt for nonprofit employees in the health care or human services fields up to $5,000 a year. To be eligible, a person would need to work in the field or earn their college degree from a state school. within a year of the end of the pandemic.

The bill is currently before the Appropriations Committee.

Rep. Brandon Chafee, a Democrat from Middletown, a co-sponsor of the bill, said student loan debt is “out of control” in Connecticut and across the country.

“Unfortunately, it doesn’t look like the federal government is going to do much, and it specifically targets nonprofits, especially healthcare workers. [is important],” he said. “I think people who are working during the pandemic deserve some kind of support more than just verbal praise.”

Chafee said this is the right time to pass the bill because state finances are stable.

“We have surpluses right now, we’ve had a lot of federal stimulus and support,” he said.

One bill this session that would help student loan borrowers is HB 5121. HB 5121 would provide an income tax deduction for student loan interest. There’s also SB 33 that would fund a state ombudsman to guide students through the student loan process. Other, SB 271would subsidize interest rates on the authority’s loans for students working in health care.

Repaying student loans will not only help attract and retain new residents, but also help keep nonprofits from feeling trapped by their debt — employees like Kennedy, Chafee said.

Kennedy knows she could probably make more money elsewhere, but she said she’s passionate about working for a nonprofit.

“It’s a sector … that does really important work for some of the most vulnerable populations in Connecticut,” he said, adding that there is a catch.

“The nonprofit sector is always going to have jobs, but the other side of the coin is that they are not high-paying jobs,” he said. “And, you know, they’re overworked. People who work in nonprofit organizations are undervalued.”

Rep. Josh Elliott, D-Hamden and co-chairman of the Committee on Higher Education and Employment Promotion, said bills like the six pending in the legislature are important because there are so many different factors to paying off student loan debt being passed on. for high.

“A lot of the cost of going to school is not just the cost of school, it’s all the extra costs,” he said. “It’s the inability to work, or the difficulty of having a full 40-hour-a-week job and therefore not receiving that money while you still have your expenses, your living expenses, whether it’s food, gas, your livelihood . expenses of your house or apartment. And that’s something that I think is also lost in the conversation. It’s just that the cost of living is getting more expensive.”

Chris DiPentima, president and CEO of the Connecticut Business and Industry Association (CBIA), said Connecticut is in a workforce crisis and needs to figure out how to attract potential residents to take skilled jobs. vacancies. DiPentima said the state needs to attract new residents and convince residents who already live here to stay.

DiPentima said Connecticut needs to focus on attracting and retaining young talent. However, he says, there are many barriers that push young people out of state, such as poor public transportation and high taxes.

“So anything we do from a legislative standpoint to break down those barriers to keep Connecticut talent here would be tremendous, we [the CBIA] fully support it,” DiPentima said.

As Kennedy approaches her graduation in May, she said she’s still not sure where her future will take her.

“I have family in Texas and Nevada,” he said. “So I’ve looked at the job markets in your states and the cost of living and it’s much, much more affordable. So I always have that in the back of my mind.”