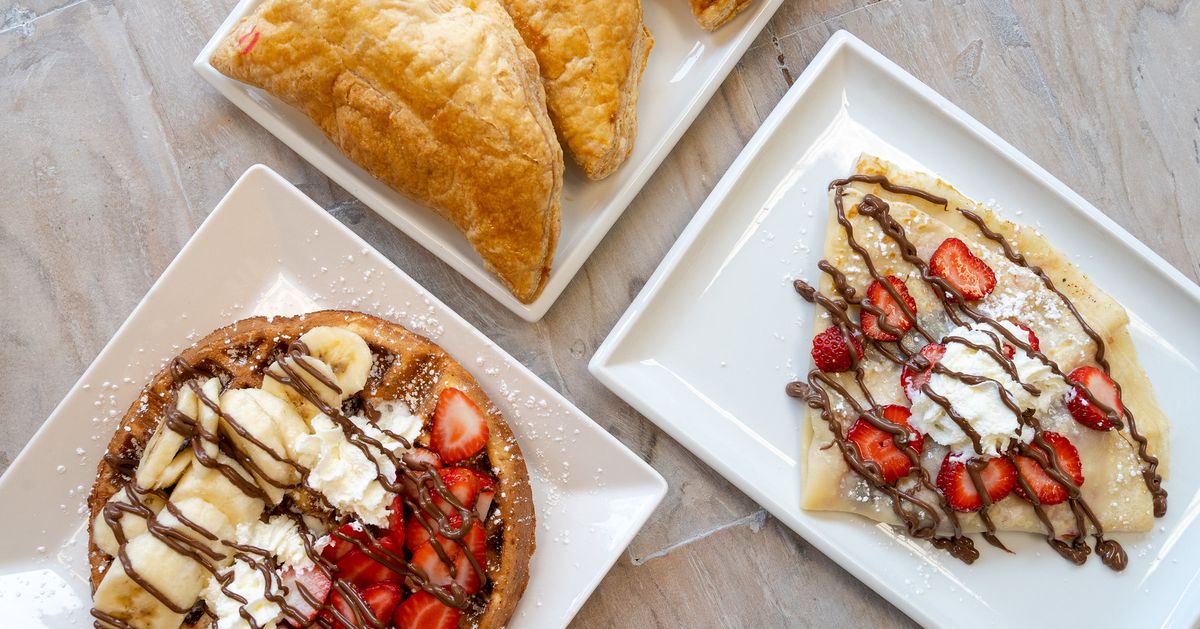 Claudia Quiñonez started drinking coffee when she was just six years old. It is not that unusual, he says, to develop a taste for caffeine when you are so young, at least not in his family’s home in his native Guatemala. However, her early habit ended up sticking with her when he immigrated to Chicago 27 years ago. “I love coffee,” Quiñonez says. “Here in the United States, it is not common for children to drink coffee. When you’re Latino, that’s fine!”

Today, she and her friend Carmen Aguilar are co-owners of Cultura Ccafe in Avondale. No, that’s not a spelling error. The two C’s are a nod to the first letter of her first names, while “Culture” is a reference to her different cultures: Guatemalan for Quiñonez and Ecuadorian for Aguilar. The cafe, which opened July 28, is a welcome addition to the burgeoning street that also has places like DMen Tap, TriBecca’s Sandwich Shop, Kuma’s Corner and Caravanserai nearby. Seating is soft and food is plentiful, unlike some newcomers to the rapidly gentrifying neighborhood.

Although the two grew up drinking coffee, they didn’t know the ins and outs of working in a cafe until they took a barista class in Mexico a few years ago, says Aguilar. That’s when they decided to take their newfound knowledge to Chicago and take a bold step toward their ultimate dream of opening a restaurant. “I love to cook,” Quiñonez says. “My dream is here: to open a restaurant. However, it is very difficult, so I thought I would start small with a coffee shop.”

While Cultura offers a wide range of typical cafeteria food, including espresso, lattes, teas and matcha, the centerpiece of the cafe is the empanadas, a mainstay in the homes of Aguilar and Quiñonez growing up. The cakes are locally sourced from a friend of the couple whose identity they want to keep a trade secret, and come in sweet and savory options. They’re also so buttery and flaky that they give their fellow Avondale empanadas, Café Tola, a try. “I went and ate my friend’s empanadas and I love them,” says Aguilar. “So I wanted to take them to my coffee shop.”

The pair have also been experimenting with new drink concoctions. During slow hours, patrons can see Quiñonez in the back mixing up new drinks like a wizard with potions. Luckily for everyone, she is more than willing to share her creations. One of the standouts is the sweet (and habit-forming) horchata frappe, which offers a refreshing respite on a hot summer day.

It’s so good, in fact, that the frappe was the drink of choice for Green Day when they stopped by the store during their time at Lollapalooza in July, a celebrity appearance that almost went unnoticed by the owners until they spotted a customer taking photos of the band. “I didn’t even know who they were,” Aguilar says with a laugh. “When I saw people asking for photos, I also had to ask for one just in case. My daughter explained to me later that they were famous.”

90s pop-punk bands aside, Culture aims to put the Avondale community first. It’s a neighborhood the two of them have fallen in love with, and he’s fallen in love with them too. “I love this neighborhood,” says Aguilar. “To my surprise, everyone is very supportive. They keep coming back and it’s beautiful. Customers have brought us gifts and we’re like, ‘What?’ They support you.”

In the end, that is what the two try to do with Culture: create a welcoming space. With Latin music softly playing in the background, vibrant decor and comfortable seating, Aguilar and Quiñonez wanted it to be reminiscent of their family homes in Guatemala and Ecuador. It’s a place where you can walk in, sink into a couch that feels like a cloud, and stay for a while, and maybe eat a few dozen empanadas while you’re at it.

“I want people to come here and feel like they’re coming home to their family’s house,” says Aguilar. “This is a place to sit back, relax and enjoy a cup of coffee and an empanada. Stay as long as you want. You are welcome here.