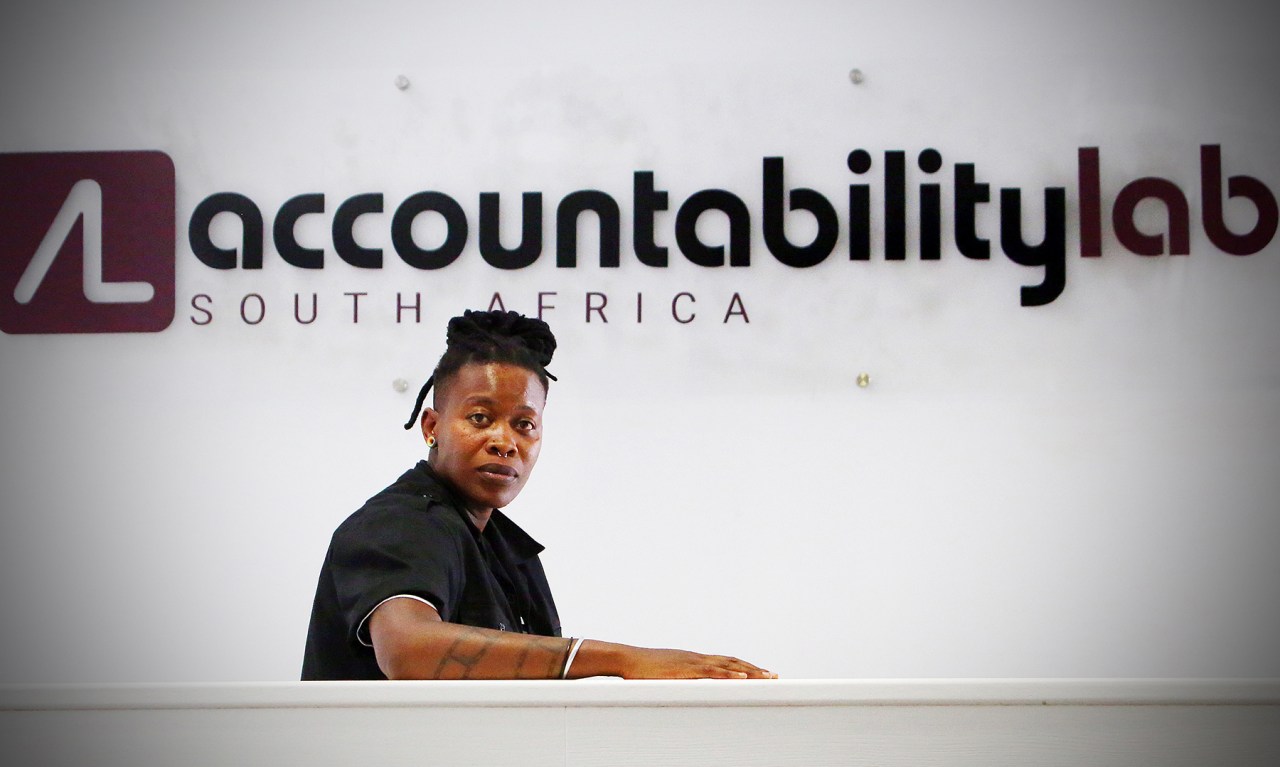 “My name is a human rights activist and a queer rights activist,” says aspiring filmmaker and photographer Deekay Ndoni Sibanda, who is the 39-year-old program officer for the Accountability Lab. Icon of Integrity Campaign. The initiative seeks to highlight the often overlooked good work being done by public servants. She said maverick citizen that he is very passionate about media advocacy work for her passion for documenting and telling activist stories.

Growing up on Johannesburg’s East Rand in Katlehong Township, she describes herself as a fighter who has always had a spirit of activism within her.

While still at school, Ndoni Sibanda joined a lesbian soccer team, through which, she says, she began her activism by attending workshops on human rights, sexuality and gender identity organized by the team. Later, she moved to the Forum for the Empowerment of Women.

She shared her experience of being the target of a hate crime and still bears the scars from being beaten and having her teeth scraped across the pavement until they broke. She says it was the result of a big fight that broke out between her and her friends and men from a neighboring town. Ndoni Sibanda says that she was the only one who was really hurt when they reviewed the incident and the men who beat her made it clear that it was because she is a lesbian.

However, it was while working at the LGBTQIA rights organization Iranti that Ndoni Sibanda says the traumatic number of experiences queer people face really took a toll on his mental health, to the point where he had to stop working entirely in order to focus. about healing her.

“Most of the time we document really brutal hate crime stories against LGBTI people and most of the time we document really hurtful stories, especially lesbian women at the time. Up to a point where I had a breakdown and had to stop and focus on myself, but I couldn’t because now I had to work on the One in Nine Campaign where my project was mainly about survivors of gender violence,” she said. Ndoni Sibanda said this led her to recognize that the traumatic impact her job was having on her led her to accept that she just needed to take time off to care for herself for about a year.

When she was ready to return to the activist space after her break and therapy, she began working with Accountability Lab. “I worked with public servants like police officers and people from clinics when I was at the Women’s Empowerment Forum, sexual orientation and gender violence and I saw how they treated people and I didn’t like working with them.” She said maverick citizen that Icon of Integrity gave him a different perspective on public servants.

The energetic Ndoni Sibanda admits that before coming to the Accountability Lab she never would have thought she would have such a favorable view of people in public service after experiencing the dark side of the sector.

“When I say that I am an activist, I am on the ground, I am a street activist. I’m not sitting at a desk, I want to go where things happen,” she said. maverick citizen that she saw working at the Accountability Lab as an opportunity for her to pursue her desire to document the positive work people were doing in their jobs and also highlighted how connected they were to their communities.

He says that he has had to re-examine his perception of public servants “because now I have time to talk to them and ask them questions about their work, why is it that they sometimes get lost with people looking for services and a lot of the time is due to lack of of resources and the pressure they face. So I had to forgive them because I’ve seen how they work while filming.

“We all want to see change, we want to work for and with marginalized groups, whether it’s LGBTQI or people with disabilities. What I am enjoying this time is that we are telling positive stories. I know good news doesn’t sell, but it should.”

When asked if he thought integrity is something that can be taught, Ndoni Sibanda said maverick citizen that the question is part of an ongoing conversation, but that it informed the Integrity Icon project in the sense of encouraging people to have and show integrity to achieve positive results.

Ndoni Sibanda also heads the Icon of Integrity Film Scholarship which gives young people the opportunity to get started in filmmaking by documenting not only the Integrity Icon finalists but also their own activists in the community.

In 2012, Ndoni Sibanda was named LGBTI Youth Activist of the Year and featured in the South African women’s mail book and tutor in 2013. She is a member of the Association for Women’s Rights in Development, an international feminist organization committed to achieving gender equality, sustainable development and women’s human rights. DM/MC