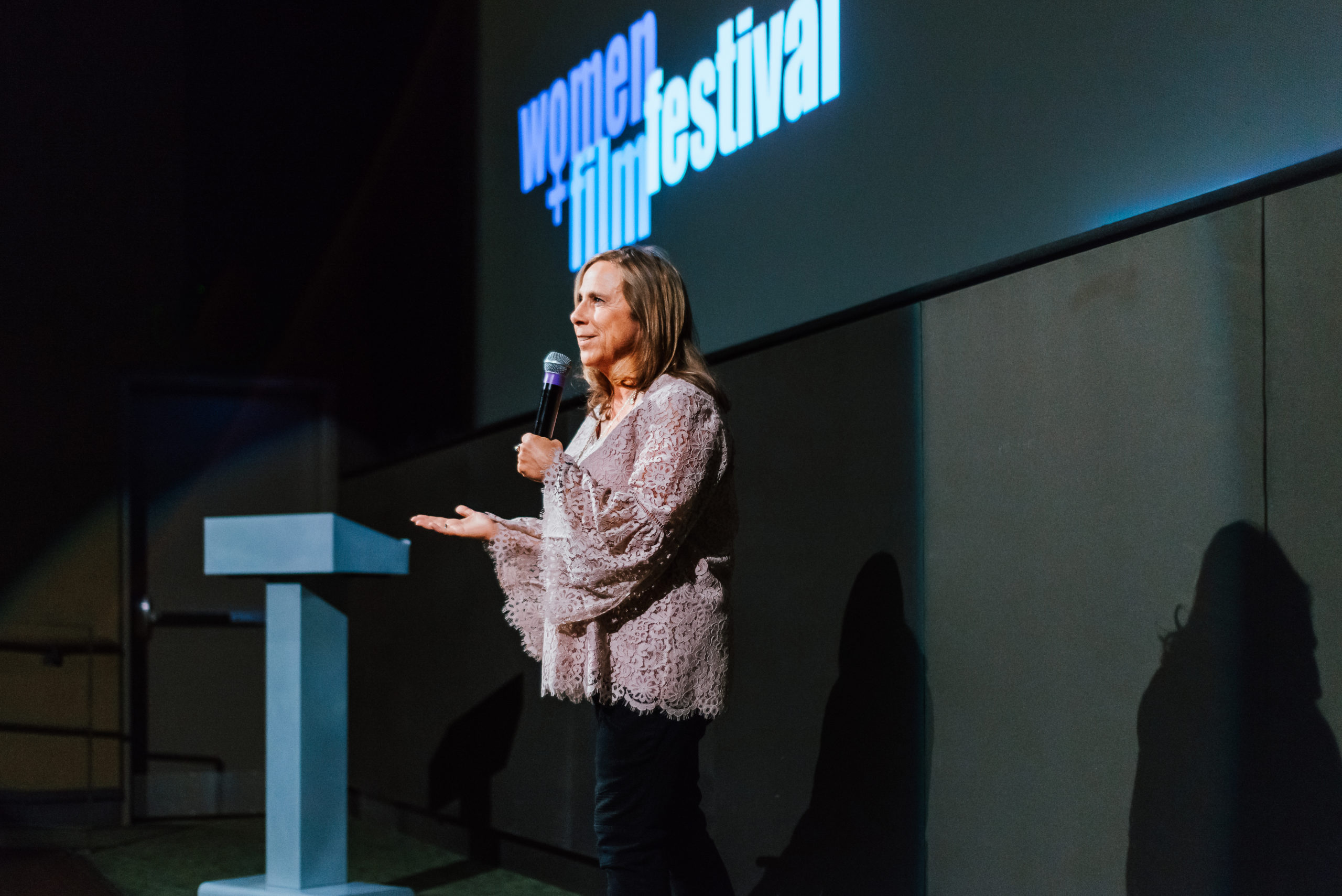 In 1914, Lois Weber was the highest paid film director in the world; she even was the first filmmaker to have her own studio. However, as a few select companies like Universal Pictures centralized the industry in Southern California and gained control over who could make movies, the landscape for women in film changed. That trend continues to this day: In 2021, of the top 100 highest-grossing movies in the US, only 17 percent were led by women.

“In the beginning, women were such an integral part of the entire film industry,” she says. barbara bridgesthe founder of Denver Women + Cinema festival. “Then the Hollywood studio system came into power and women were pushed out.”

Bridges, a longtime businesswoman and philanthropist, hadn’t given much thought to women in the film industry. That changed at a 2004 breakfast with Donna Dewey (Oscar-winning filmmaker and Colorado resident) to talk about how Bridges became an executive producer on the film. looking for sunday. The job piqued Bridges’ interest in movies, and soon after, he accepted a position at the Denver Film Society meeting. Her first suggestion to the organization: We need to support women filmmakers.

That support came in the form of Women + Film, which began as a panel during the Denver Film Festival in 2006. After securing some big names like producer Abby Disney and Doris “Granny D” Haddock, the star of the documentary run granny runTickets for some of the first talks were sold out.

“Because of the success of the panels, we decided to start doing one-off monthly projections,” says Bridges. In early performances, Bridges remembers anxiously counting the number of people in the audience. Eventually, though, those too started selling. “It became clear that people love to watch this type of programming,” says Bridges.

In 2011, former Denver Film Society Executive Director Tom Botelho noticed the success of Women + Film and proposed the idea of ​​a small six-day festival. The event has only grown since then: this year, the festival will include its first awards luncheon, as well as its “premiere circle” club for donors who support the program (perks include discounted movie tickets). . “We like to show women’s lives and women’s strength,” says Bridges. “And the ultimate goal is to maintain quality and continue to grow.”

And of course, continue to give women who fill a variety of roles on film sets the space to show their films. “Even if the statistics for women in the film industry were 50/50, we would hold this festival to showcase women telling their stories,” says Bridges. “That’s what’s important.”

This year, Women + Film, which runs from Tuesday, April 5 through Sunday, April 10, features 22 exciting films written, directed and produced by women. Here, we highlight three that you won’t want to miss.

fire of love
The opening film of this year’s Women + Cinema festival is a visually spectacular documentary about two French volcanologists who fell in love and died together in 1991 while out in the field. Throughout their lives, the couple captured hundreds of hours of footage showing the phenomenon of the eruption. Sara Dosa’s film features an archival collage of the lovers’ adventures in the lava. Tuesday, April 5, 7:00 p.m.; with a pre-recorded Q&A session with Sara Dosa in the lobby of the Sie FilmCenter

Exposition
The world’s global temperature continues to rise, making expeditions to the North Pole increasingly dangerous. In this film, Holly Morris follows an expedition team of women from the Middle East and West as they battle frostbite, water shortages, helicopter crashes, rapidly moving Arctic sea ice and more during a journey to the frozen tundra at the top of the world. The film is a story of resilience, adventure, and mood lighting. Thursday, April 7, 7:00 p.m.; hosting a live Q&A with director Holly Morris at Sie FilmCenter

charlotte
This animated film from Tahir Rana and Éric Warin tells the harrowing story of Charlotte Salomon (voiced by Keira Knightley), a young Jewish painter who comes of age in Germany at the start of World War II. Desperate to become an artist, Charlotte struggles to navigate the dangerous reality of living in Berlin. To escape the Nazi regime, Salomon flees to the south of France, where she paints her life story in the autobiographical painting series. Life? or Theater?providing the backdrop for a story about identity and the awesome spectacle of the human spirit. Sunday, April 10, 4:15 p.m.; reception after the screening at the Sie FilmCenter Lobby