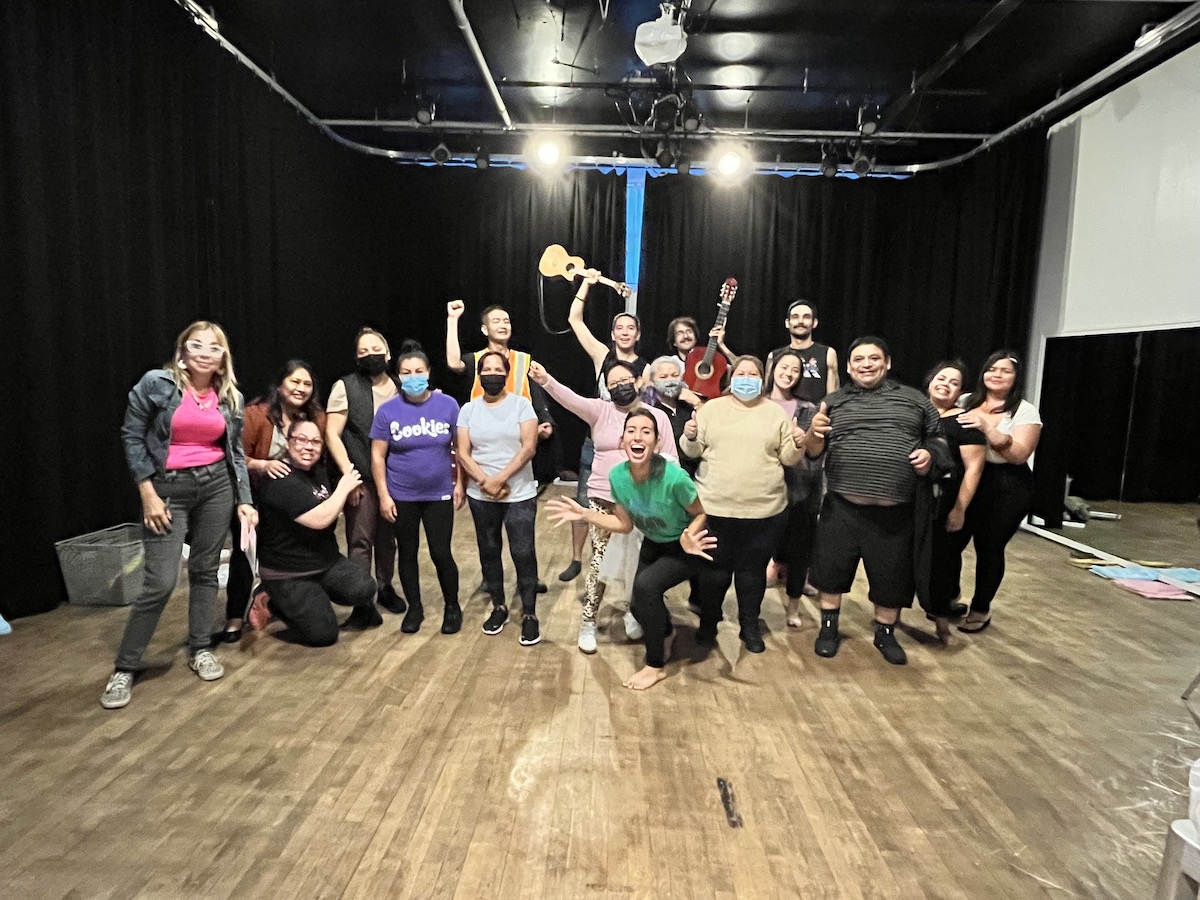 When she landed in San Francisco at age 20, María Aguilar was practically a different woman. She had left behind two small children in Guatemala, she didn’t speak English and she didn’t know anyone.

She found work cleaning houses and began sending money home. “In the beginning it was very difficult for me. I felt alone, lost.” Aguilar, 42, said in Spanish. Today, 13 years later, she speaks confidently about her rights as a domestic worker and as a woman, and about her upcoming debut as a dancer.

Aguilar is one of 11 domestic workers from La Colectiva who will perform alongside two workers from the Day Laborer Program on Saturday, September 24 at the Dance Mission Theater. Through music, theater, poetry and dance, the show entitled “Our Work, Our Dignity” will shed light on the experiences of workers, their experiences as immigrants and their self-empowerment.

Under the artistic direction of Andreína Maldonado, the 13 workers have been practicing for two months in preparation for the big day, Aguilar said.

She has practiced yoga and performed at festivals such as Carnival for the last three years through the dance collective “Cuerpos Sanos, Mentes Sanas” between Dance Mission Theater and La Colectiva.

“But this is different from the others, this is like our debut as artists,” Aguilar said with sparkling eyes.

In a statement, Maldonado said the program hopes to allow immigrant communities, and particularly women, not only to express themselves, but to understand and recover from their history and impacts. “These artistic tools are critical to shifting our perspective toward a vision where we determine the future of our communities and our bodies,” she said.

See also  Selling old clothes is a $175 billion industry. Now the brands that make the garments want a cut | Fashion

Even the music, directed by the musician José Lobo, uses the language of the questionnaires that the workers answered.

“Every word that is in the songs was written by the workers,” he said, except for a chorus of his own that he added at the end.

Stylistically, Lobo took the music in many directions: it will range from waltz to folk, from cumbia to classic rock. He will perform alongside the 7-piece Inti Batey band, which will play various instruments including the Puerto Rican Bomba Barrel and the Peruvian Cajon.

Lobo, who met several of the workers at a protest songwriting workshop in 2019, said that part of what he wants in writing this kind of music is to transport the listener to where the song is about.

“It mentions thinking about your loved ones that are far away and thinking about the fruits, the corn and the vegetables, and the landscape that you are missing,” Lobo said.

When she was alone in a foreign place, Aguilar said she found a new family in La Colectiva. “We are from different countries, but we are one,” she said. “Because we all come to this place with one goal, our family.”

Back home, Aguilar’s children are now mostly adults. In her spare time she dances, in part to show them what is possible.

“We are not just women, we are not just cleaners. We can be more than that.” she says. “Now [my kids] look at all these projects that I do, look at my work, see that they don’t lack money for food. Then they can say, ‘my mom has been an example: if she could do it, I can do it too’”.

For tickets, or more information about the show, Click here.