Azure McFarlane began his career on the Power Platform while working in the pharmaceutical industry, where he held a variety of manufacturing-related roles for nine years. She will share her experiences and achievements in the industry in a session at DynamicsCon Live, which will take place on September 15 and 16. 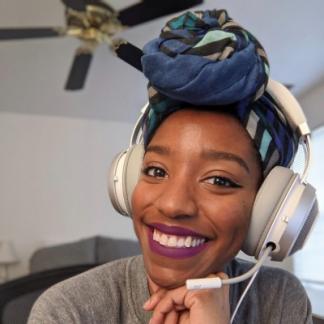 McFarlane, who is now a Microsoft HSO partner consultant and Microsoft MVP, told MSDW that her work on Power Platform at GSK spanned several of the roles she held over the years, including manufacturing operator, regulatory affairs, analyst data manager and project manager. Because the pharmaceutical manufacturing environment combines regulatory demands, precise processes, and IT complexity, bringing in a new service like the Power Platform presented both opportunities and obstacles. She will talk about both perspectives in her session, she says.

I’ll explain how over time this Power Platform effort grew in terms of what we could add to it, including an app I built for a regulatory team on our site, capabilities for different facets of manufacturing, not necessarily just focused on Dynamics 365 F&O, but also how we might use the Power Platform in the larger scheme of things, in environments that people might not think about.

When she became a resident expert on Power Automate at GSK, McFarlane ran a boot camp and trained other employees on the technology. And her involvement in the Microsoft community has also expanded over time. She is an inaugural member of TechStylersa women in tech group that started in 2020 and continues to host online events on a variety of topics, from career advice to tech demos to mentorship.

See also  Serena has always been herself, allowing others to do the same.

The community has continued to play an important role in his career at Microsoft, he says.

I don’t know what my life would be like without him, I’ll put it that way. I was introduced to the community maybe six months after my trip and previously I was only [focused on] internal to work. And it really helped me grow as an individual in terms of exposing myself to everyone. There are always people willing to help. Twitter was my way into the community. They told me to write a blog or update my LinkedIn profile, and I thought that’s too public for me. I’m not going to do any of that. And Twitter was really where I started and where I could post some of my work. But it was also really cool to have this scope of people working in the same space, whether you actually work for a consulting firm, have your own business, or are a developer turned analyst at a company like me. .

There are always people around who are there to help and they are your cheerleaders, and then you give back too. Then the circle is closed because now I can also contribute when people have questions. Whether you’re a beginner or unfamiliar with a certain API, I can give you my 99 cents.

As the Power Platform continues to grow rapidly, newcomers still tend to be focused on one service and overwhelmed trying to understand the full scope of what’s possible, says McFarlane.