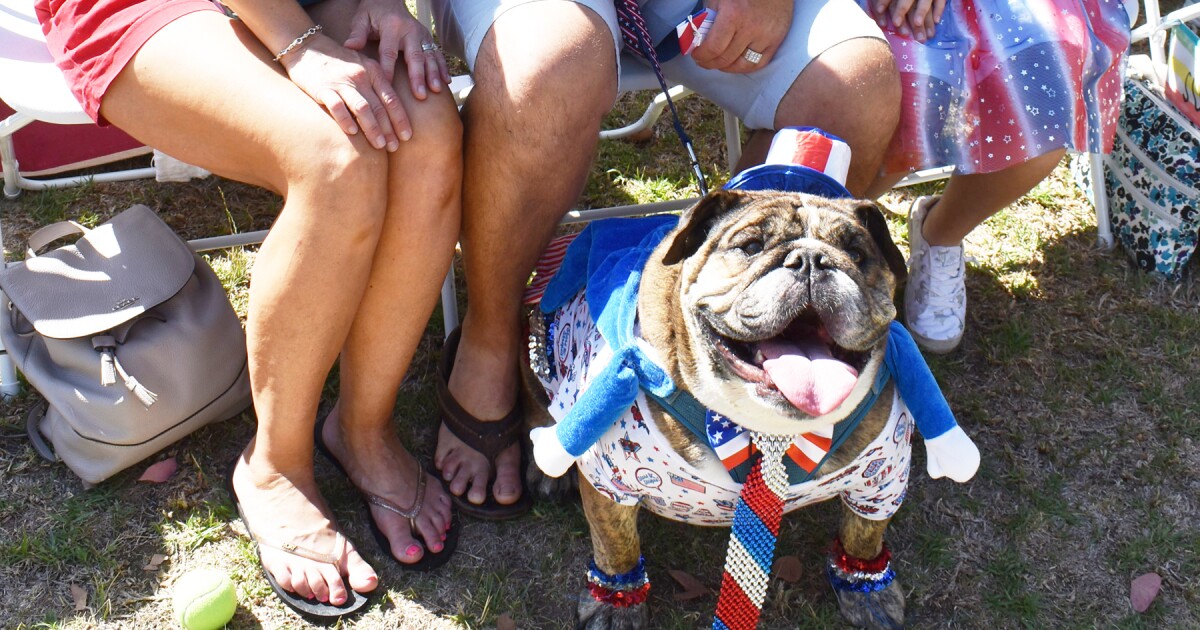 Bentley, an English bulldog “who loves America,” according to his owner Audrey Bowder, was named Rancho Bernardo’s “most patriotic pet” Monday morning.

Decked out in a red, white and blue ensemble, Bentley was among several dogs of all sizes and a cat dressed up by their owners for the 12th Annual Larry Himmel Memorial Patriotic Pet Contest.

From Lady Liberty to a cowboy, to a hot dog (to represent many people’s favorite 4th of July food) to a kitten in a bow tie, there were plenty of “awws” and laughs as owners tried to keep up their pets’ costumes and win. on the applause of the audience to receive prizes of toys and treats for pets.

The dogs were separated into small and large categories.

The winners of the small dog division were Jojo (in patriotic attire) and Kilo (as Lady Liberty), owned by Josephine Zosa. Second place went to Teelu, the cowherd, brought in by Tuhina Lal. The third place award went to Sienna and Isabella Tan, who dressed their dog Lily in a hot dog costume.

They joined Bentley as finalists in the Scout big dog category, with their owner Claire Tickner receiving second place. Third place honors went to an Irish Wolfhound named Rory of Roscommon, who turned 1 on Monday according to owner Joanne Murphy. Both dogs were dressed in red, white and blue outfits.

The only entrant in the “other pet” category was Kelly Batten’s 4-month-old kitten named Saint, who was wearing a hat and large bow tie.

He returned as emcee Jeff Zevely of CBS 8. He has held the position for many years, following the late CBS 8 reporter Larry Himmel, who served in the duties until his death in 2014.

Himmel was a resident of Rancho Bernardo for several decades. His son, Miles Himmel, was in the audience and Zevely called him up on stage to briefly talk about his father.