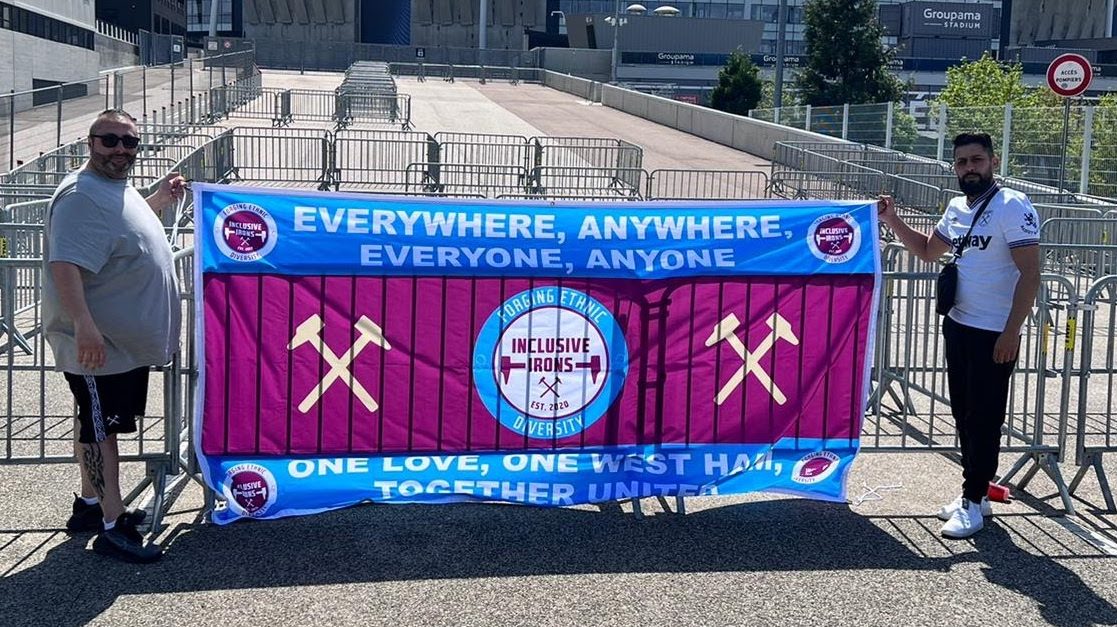 “I think the coverage has been fair. Alex Scott wearing the OneLove bracelet on the BBC was welcomed and it was also good to hear the support from Roy Keane on ITV.

“I never really considered boycotting it as such because I always thought, what is one little man in the UK going to achieve? What is the benefit of boycotting?”

Going to Qatar wasn’t even an option for Carr, who says: “I feel like you’re supporting a regime that doesn’t accept you.”

And he adds: “When the World Cup arrives it is a great occasion, but this time I had almost no enthusiasm.”

Carr feels there has been hypocrisy about people’s approach to LGBTQ+ rights. “It feels like the same people who say, from an LGBT point of view, ‘If you want to go to Qatar, you have to respect their culture,’ who are now in an uproar about not being able to drink in stadiums,” she said. she says she.

Your support changes lives. Find out how you can help us help more people signing up for a subscription

“The stadiums look incredible, but that has had a consequence”

Chauhan is the founder of Villans Together, a Birmingham-based fan group for the club that promotes equality and diversity.

“I will be watching England all the time, regardless of which country it is in. Obviously, I don’t agree with the way it was conducted and that side of the tournament,” she says.

“The stadiums look amazing, don’t get me wrong, but there has also been a consequence. And it’s a huge, huge shame to hear what happened to the migrant workers there.”

See also  Both sides of the Ohio abortion debate prepare for life after Roe V. Wade

Preparation for the tournament was, for Chauhan and many other fans, flat. “It doesn’t happen that often, and you want to have that buildup and that excitement,” he says. “Because it’s not there, it’s a bit devastating.

“We want the same kind of sentiment that we had for the Lionesses.”

Despite England and other teams not wearing the One Love armband after a threat from FIFA, Chauhan believes it has made an impact. “It’s great to see the One Love bracelet being so powerful even when FIFA banned it,” he says.

Apart from his love for Villa, Chauhan is a passionate England fan and has seen England play at Wembley before. “I was going to go to Qatar, but the cost put me off, so I didn’t,” he says.

“But I plan to go to the next world cup in the United States, Mexico and Canada.”

“I’m watching it… but through gritted teeth”

“I would be lying if I said that I am taking a position that I am not seeing it, I am doing it. But with clenched teeth,” says Lee Vehit, a West Ham fan.

“And, if anything, I’m watching it from afar to see how different this World Cup will be.”

Vehit is the founder of the Inclusive Irons, an ethnically diverse group of West Ham supporters. “I don’t always think boycotting is the right way, I think there are other ways we can show support and solidarity, and try to figure out what’s going on and how we can learn from it,” he says.

He was disappointed by the decision not to wear the One Love armband during England’s first match against Iran. “The first sign of any problem or conflict is that we have given up and given up, which is disappointing,” says Vehit.

“I feel like we should have been in a position where we should have stood our ground and we haven’t. It’s a huge kick in the teeth for our LGBTQIA allies. I think it’s a shame.”

“I understand that they have certain beliefs that must be respected: if people go there, they must understand how the country works and do the best they can to respect their wishes. But for me, I don’t think I would have gone and felt comfortable certainly knowing the history of human rights and things like that.”

“I’ve always been a big believer in that, if you’re trying to educate people about being more inclusive and understanding people of other backgrounds and beliefs, you have to open your mind to what their experiences are,” he says.