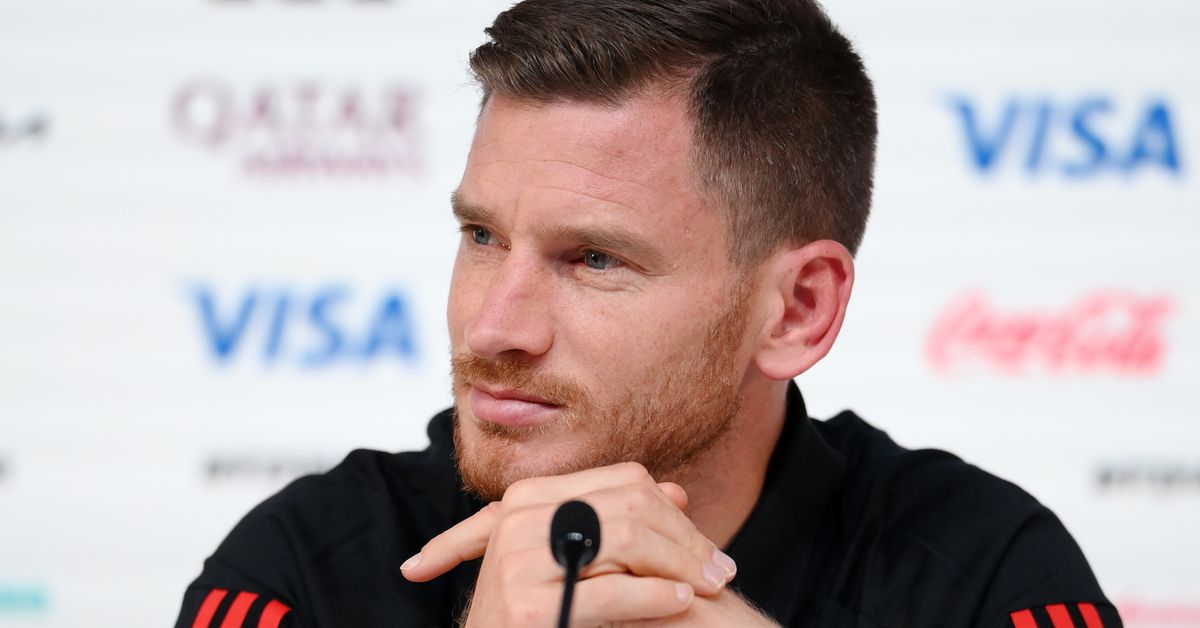 Jan Vertonghen perhaps said it best. previous tottenham hotspur The defender, who now plays for Anderlecht and a key defender for the Belgium national team, was asked about the ongoing and developing conflict between various European nations and FIFA over wearing the OneLove rainbow armbands during the World Cup in Qatar. . Vertonghen was careful in how he respondedbut it wasn’t hard to see how he really feels about the whole issue: he feels like athletes are being “controlled” and he’s not happy about it.

“If you make a statement wearing the bracelet, that would mean punishing yourself. I don’t feel comfortable, and that’s enough. We’re in a bind, and I’m afraid that if I say anything about this, I might not be able to play and that’s a situation I’ve never, ever experienced in football, and I hope I never, ever have to. re-experiment because it is not good.

“We are being controlled. I don’t like to make political statements. We’re here to play soccer, and if we can’t even do that because we’re making a statement and just saying normal things, like ‘no to discrimination’ or ‘no to racism’, and you can’t say that, then hey, can you? and that?”

“I shouldn’t be saying anything about it because (on Wednesday) I want to report for kickoff at 10 o’clock, so I’ll leave it at that and that’s enough.”

Vertonghen is right: it shouldn’t be a problem to use something in your kit that promotes inclusion. These are almost universal concepts that are apparently embraced by FIFA itself, “normal stuff” as he puts it, that shouldn’t even be considered controversial, and players shouldn’t be caught in the middle between massive forces that are almost entirely above their own. they.

But they are. What started as a fairly small protest from several European nations agreeing to wear a rainbow “OneLove” bracelet with a rather generic and nondescript “inclusivity” statement has turned into something that could have major implications. The nine European nations that joined the OneLove campaign last year, which includes Belgium, England, Denmark, France, Wales and Germany, applied to FIFA for permission to wear the armbands weeks ago and never got a response. The majority (in particular, excluding France) had signaled that they were willing to challenge FIFA’s ban against “non-standard” teams and pay a fine.

That was until after the tournament started. With 24 hours to go before England played their first match against Iran, FIFA cracked down, hard, against teams planning to wear the OneLove armbands, threatening national team captains who defied FIFA rules with, at the very least, a preventive yellow card. There were unconfirmed suggestions that FIFA’s sanctions could have been even harsher, including suspensions, had they been pushed. All of the OneNation countries eventually backed out; England and Tottenham captain Harry Kane basically hinted that he had no say in the matter and was told not to use it.

Then FIFA went even further, turn down Belgium away kits that have a tag on the inside of their collars that reads “LOVE.” The world soccer body claimed the shirts were rejected due to the kits’ commercial links to the Tomorrowland music festival, but that excuse rings pretty hollow, especially when the Belgium kits were publicly released a few weeks ago. It’s quite revealing when even promoting “love” is banned in a world soccer tournament.

All of this, of course, takes place against the backdrop of a World Cup awarded in large part through bribery and corruption to a Middle Eastern nation with a history of human rights abuses and criminalizing homosexuality and gender identity. non-heteronormative gender. There have been numerous reports that both fans and team staff have been harassed for carrying rainbow flags or wearing garments in a rainbow color scheme. Qatari officials, despite their promises to the contrary, continue to at least try to enforce their ban against LBGTQ+ people or anything that supports queer-friendly causes. It’s not hard to extrapolate FIFA’s increasingly draconian efforts to clamp down on anything, even indirectly, associated with LGBTQ+ causes with intense pressure from the Qatari tournament and national officials now weighing in knowing the tournament it will take place regardless of what happens within its borders. .

The bracelets were a small, symbolic protest, hardly worth making a fuss about in many ways. But the whole situation has now spiraled almost out of control. The UEFA nations in particular are FURIOUS. The German and Danish federations have already said they will not support FIFA president Gianni Infantino’s leadership in his re-election campaign next year. The German FA is considering legal action against FIFA over this and other matters, and the German team held an alternative protest, collectively covering their mouths for the team photo before their match against Japan today to symbolize how they have been silenced by the OneLove bracelet issue.

Denmark are considering an even bigger move, noting in the breaking news this morning as reported in Athletic (£) that are “open to discuss” with member nations about leaving FIFA altogetheraccording to the president of the DBU, Jesper Moller.

“It is not a decision that has been made now. We have been clear for a long time. We have been discussing it in the Nordic region since August. I’ve thought about it again. I imagine there may be challenges if Denmark goes off on its own. But let’s see if we can’t talk about things.

“I have to think about the question of how to restore confidence in FIFA. We must assess what has happened and then we must create a strategy, also with our Nordic colleagues.”

Tempers are clearly high right now, and it remains to be seen if any of the above threats come to pass when the tournament ends. But there seems to be a growing sentiment that FIFA’s current path is untenable, and a major course correction is needed to avoid a schism within its member countries. UEFA, or even some European nations, leaving FIFA feels strange, but much less so than it did, say, a year ago. And if Denmark, which has hinted that it has the support of other nations in the Nordic region, can get additional support, it’s not out of the question that, at the very least, some much-needed reform of FIFA could be on the horizon. Or who knows, maybe even the creation of a new world governing body for all of sport.

Not bad for a simple rainbow bracelet, huh?