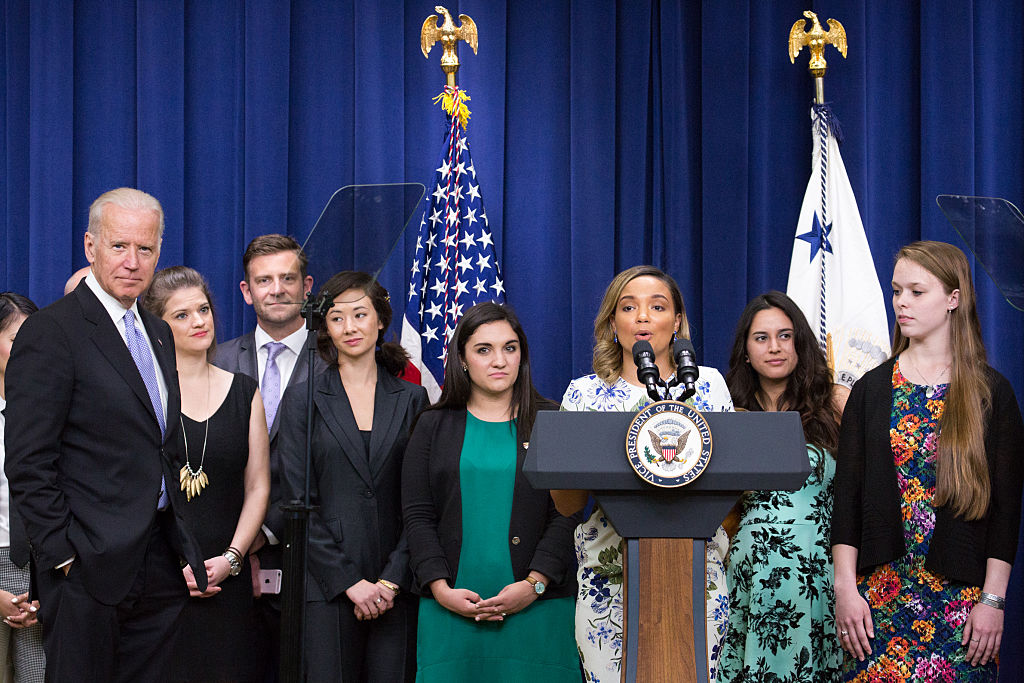 Opinions on Title IX differ widely by gender and party, especially when it comes to the impact of Title IX on sports.

“No person in the United States shall, on the basis of sex, be excluded from participation in, be denied the benefits of, or be subjected to discrimination under any educational program or activity receiving Federal financial assistance.”

—Title IX of the Educational Amendments of 1972

This year marks the 50th anniversary of those few words that dramatically changed the landscape of educational opportunities for girls and women over the last half century.

Although it covers all educational programs, most people associate Title IX with athletics, where it has certainly had a profound effect on girls and women. Before Title IX, women and girls were virtually excluded from most sports opportunities in schools. Only 7 percent of all high school athletes were girls, and women received a measly two percent of school sports budgets. Athletic scholarships for women were simply non-existent.

There is no doubt that the law changed school sports programs and practices, but has it changed the way people think about gender and equal opportunities in sports? To find out, the Pew Research Center in Washington, DC did a national survey to measure knowledge and attitudes about Title IX 50 years after its passage.

While much of the survey is encouraging, it also shows that there is still a long way to go when it comes to full public support for equal opportunities in sport for women and girls. To begin with, many are simply not paying attention. Of the original sample of 9,388 people chosen for the survey, only 50 percent had “heard or read” about Title IX (37 percent said “a little” and only 13 percent said “a lot”).

Women over the age of 50 were more likely to have heard of the law than younger women. (It’s a safe bet that a large number of those women over 50 were banned from participating in school sports before the law was passed.)

Simply put, among those who know about Title IX, there are political and gender gaps in the way they think about it. Racial or ethnic information was not included in the survey.

Given that men are undoubtedly still the majority when it comes to keeping up with sports in general, it’s disheartening that almost a third of them say that equal treatment should depend on “how much money a guy brings in.” team”. School sports are supposed to be about opportunity, not money. Regardless of the impropriety of using the almighty dollar as the yardstick of value to begin with, men’s sports had a 100+ year head start in fan development and revenue generation. It is very unfair to expect women to catch up instantly.

As in most struggles for gender equality, the work is not done yet. But there is still reason to celebrate the successes and positive attitudes about Title IX 50 years later. Without it, boys and men would still own sports, and girls and women would still be relegated to cheering them on with pom-poms and cute smiles from the sidelines.

If you found this article helpful, please consider supporting our independent and truth reporting for as little as $5 per month.