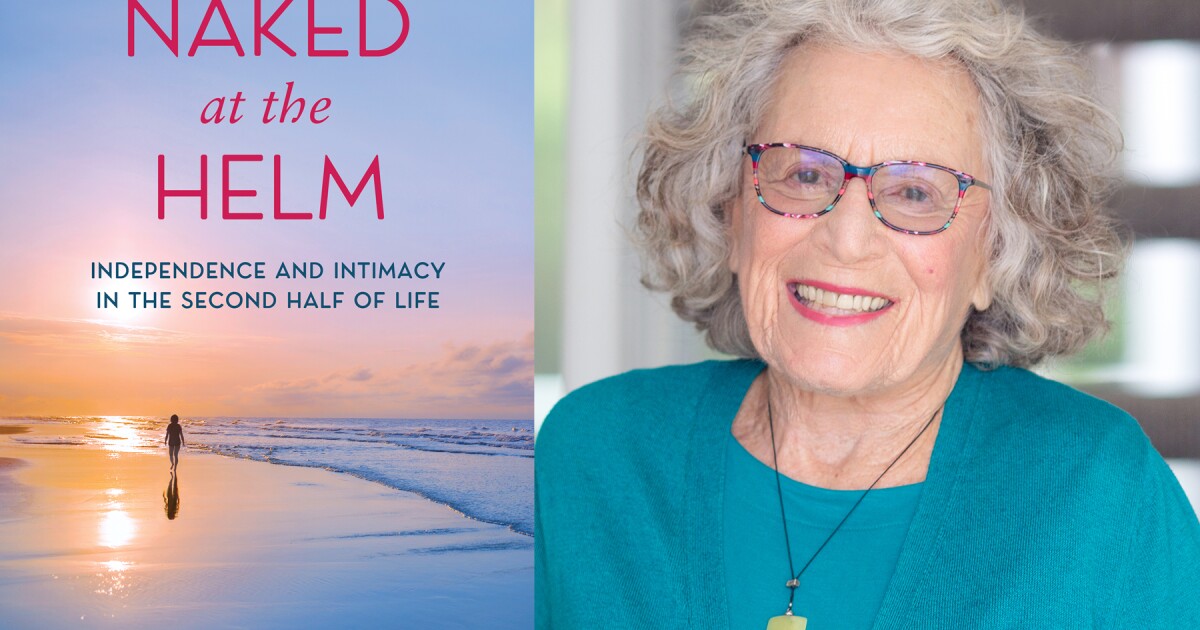 get complete details of For local author Suzanne Spector, it’s never too late for new challenges.

Eighty-year-old Suzanne Spector is not afraid of change, or starting over.

In her debut memoir, Naked at the Helm: Independence and Intimacy in the Second Half of Life, the local author writes about her family, her career, and her personal challenges. The book is scheduled to be released on Tuesday, August 9 and is available for pre-order at Amazon, Barnes & Nobles and other websites.

“At 43, the midpoint of my life, I left my marriage, suburban family life and my career in education,” Spector said. “In therapy for three years, I shed cultural prescriptions and expectations for women of my generation and learned to listen to my own inner voice. That voice has guided me, step by step, to try new things: live fully in the present instead of worrying or dreaming about the future. That way of being has added up to a wonderful and interesting second half of life.”

Spector was the founder and director of the Center for Open Education in New Jersey and became director of the Person Studies Center in La Jolla, which says it aims to “maintain/build/create an environment where each of us can be heard, where we can be fully ourselves, where we accept and embrace each other just the way we are” .

Spector began writing in the late 1970s and considers it his third career. She was the winner of the 2019 San Diego Memoir Showcase writing contest. Her entry, “Dancing Hearts Emoji,” was published in the award-winning anthology “Shaking the Tree: Brazen.” Short. Memory. vol. 3.”

She answered questions from The San Diego Union-Tribune:

Q: Why did you want to write these memoirs?

A: I decided to write this memoir when the younger women in my writing group reacted to my stories with surprise, even shock. Her reaction to my red-hot love affair at age 80 illuminated rampant misconceptions about aging that exist today. Many people fear getting old and think of aging as a fall. For me, it has been an upward ladder with a satisfying new activity every few years.

Q: What is your favorite decade of your life?

A: I’m tempted to say that my 50s were my favorite decade because it was filled with work, play, and unforeseen international friendships. But every decade has been great because I’ve kept doing new things.

Q: How did your divorce affect you and your three daughters?

A: My divorce freed me to join the next generation of women who were riding the feminist wave. The separation from the family was not easy, but the most important thing was that I felt that I was a role model for my daughters, as a woman who lives my truth.

Q: Talk about your professional careers.

A: I had planned on being a stay-at-home mom, but returned to a career in education starting as a parent volunteer at a Montessori daycare. That led to coordinating the American Montessori Teacher Training Program. I created a post-Montessori open classroom nursery and elementary school, and later added a teacher training program and then a secondary school. When I ran out of new challenges, I retired.

Three years later, I moved to California. I felt a “call” to the Center for Person Studies, the humanistic psychology organization in La Jolla. I joined the faculty and started working internationally and was elected CSP Director. I got my Ph.D. in psychology and worked with clients individually and in groups.

In September 1991, I brought a CSP team to the Soviet Union. There were Russian professionals on fire to facilitate free expression, just as the Iron Curtain was coming down. I consider it the pinnacle of my career as a person-centered psychologist.

Q: How has therapy helped you?

A: Since diving deep into therapy to find myself, I have been on a reflective journey of psychological and spiritual growth. That path has enriched my life and provided me with a foundation on how to live my best life.

Q: What did you learn about yourself while taking multiple art classes at Liberty Station in Point Loma?

A: When I was 60 years old, I retired from psychology and started taking classes. I learned that I had no talent, but I had fun and my products adorn my home.

In my early 70’s I discovered art as an expressive spiritual practice. Intuitive painting led to soul collage and art journaling, eventually sparking a desire to write. I took my first writing class at 77. My first writing coach pushed me to take classes at Writers Ink at Liberty Station. My memories reflect how I lived life, one step at a time, while remaining open to new possibilities. His message: it’s never too late.

Q: What is your current passion?

A: My eyesight and energy lasted long enough. I am excited to prepare for my book launch and future book club and other events. As for what comes next, who knows?