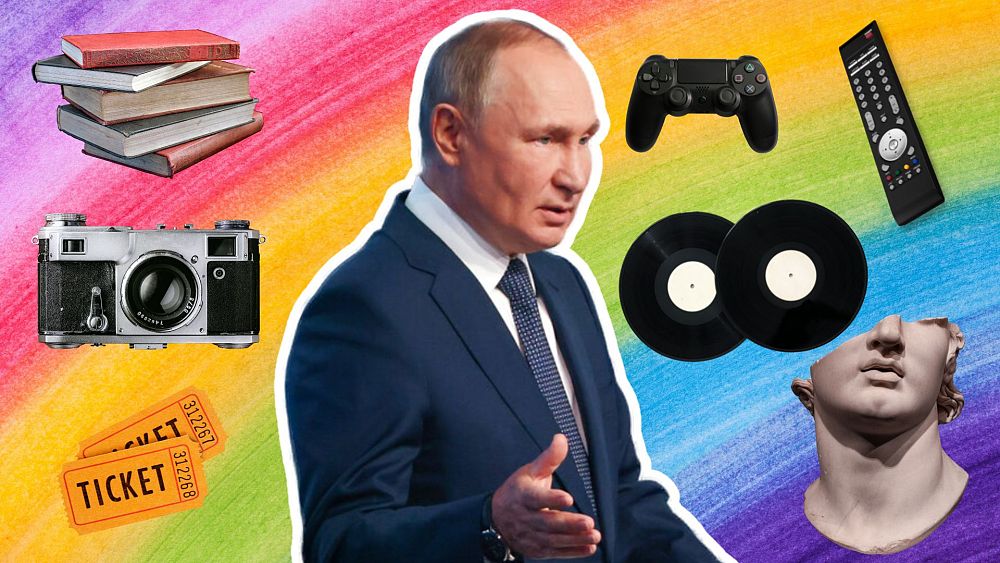 The museum included three dozen objects, including sculptures, tableware and books, that help tell the repressed story of the LGBTQ community in Russia.

“I plan to send the collection abroad, so it can be displayed independently or in association with a European queer museum,” Voskresensky said.

Elsewhere, the recent bill will cause drastic changes to other Russian cultural instructions. It will affect online resources, theater productions, movies, video games, books, and music festivals, and will essentially make the topic of gay sexual orientation taboo in Russia.

What laws were passed?

Russian lawmakers gave final approval on Thursday, November 24, to a bill that significantly expands restrictions on activities deemed to promote gay rights in the country.

The new bill is another step in a years-long crackdown on the country’s embattled LGBTQ+ community.

It was adopted by the Kremlin in 2013 in an effort to promote “traditional values” in Russia.

This year, lawmakers took steps to ban the dissemination of such information to people over the age of 18.

The bill was approved in its third and final reading on Thursday by the State Duma, the lower house of parliament.

It has been dubbed the “Blinken Answer” law, after United States Secretary of State Antony Blinken criticized it as a “blow to free speech.”

“This is the best answer for Mr. (US) Secretary of State (Antony) Blinken. Do not impose other people’s values ​​on us. Have you destroyed yours (values)? We will see how it will all end, but it will definitely end sadly, because it is Sodom, ”he said.

“You cannot call it otherwise. And the United States of America has become the center of this Sodom in the world. Let them live there, but do not bother us,” Volodin added.

The law also expands existing restrictions by prohibiting information on gender transitions from being disseminated to minors and prohibits information that is considered propaganda promoting pedophilia.

Violations are punishable by fines and, if committed by non-residents, can result in 15 days of detention and expulsion from Russia.

A return to Soviet-style censorship

Booksellers will have to hide controversial novels under plastic covers, something that Alexey Ilyin, founder of the Alpina publishing group, believes will have consequences for the books that are published.

“From now on, most publishers will take this law into account when making a decision on publishing new books,” Ilyin said.

“Most likely, they will just drop those books, even if they are some potential best sellers,” he added.

Russian publishers at a major Moscow book fair said they were “very concerned” about the new restrictions and feared a return to Soviet-style censorship.

Yevgeny Kopyov of the big publisher Eksmo said he was concerned about the “broad interpretation” of the LGBTQ propaganda law. He warned that “it can affect a lot of literature, including the classics.”

“Everything will depend on our interaction with the regulatory authorities,” he concluded.

Many publishers like Kopyov are waiting for the authorities to clarify what they think is LGBTQ “propaganda” or not.

But some St. Petersburg bookstores have already gotten rid of “problematic” books by offering discounts of up to 50 percent, according to local media.

Tatiana Stoyanova, brand manager at publisher Kompas-Gid, said the restrictions could lead to a revival of the Soviet practice “samizdat” that saw the clandestine publication of banned books.

“There is this mentality in Russia where the more prohibited it is, the more interesting,” he said.