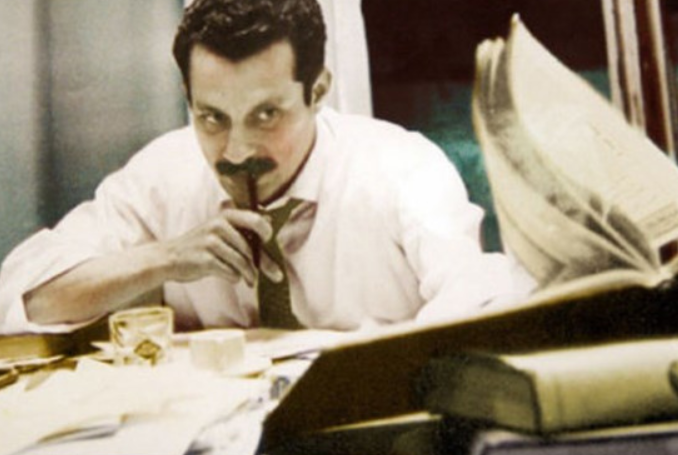 In the run-up to the election, Joe Biden declared that what unites the United States and Israel goes beyond the exchange of arms, although that is an important part of his agenda. Instead, it is the much more abstract notion of a “shared soul” between the two countries, “generation after generation.” In fact, he wasn’t so wrong.

For many people in this country, and for those abroad who have been victims of US foreign policy, what is most troubling today has a history that goes back much further. recent decisions of the Supreme Court (SCOTUS).

On June 24, SCOTUS reversed its landmark Roe v. Wade in 1973, ruling that the US Constitution does not guarantee the right to abortion; on June 23, the Supreme Court ruled that people have the right to bear arms in public for self-defense; In a 6-3 ruling earlier this week, the court ruled that Congress does not have the authority to give the Environmental Protection Agency (EPA) the authority to do what it is supposed to do, namely impose its own regulatory standards; and finally, on June 29, SCOTUS ruled against tribal sovereignty in Oklahomav. Castro Huertaa case that could have far-reaching consequences beyond Oklahoma.

All these decisions have been criticized for taking away freedoms conquered in the last 50 years. There is concern that SCOTUS is going after voting rights, LGBTQ rights, and all other rights that are not specifically stated in the Constitution. This has sparked justifiable outrage, but to some it is just a continuation of the ills various communities have experienced since even before the founding of the country.

Now more than ever, the words of the late civil rights activist Fannie Lou’s Hammer are important. Speaking before the National Women’s Political Caucus in 1971, she proclaimed that “no one is free until everyone is free”, a call for the liberation of all people, not just those who are currently in the spotlight.

Hammer’s work focused on voting rights at a time when blacks were being denied the ballot. A major stumbling block in Mississippi at the time was the state Democratic Party, so he organized the Mississippi Freedom Democratic Party(MFDP) with the ultimate goal of challenging Democrats nationally. However, their efforts were thwarted by President Lyndon Johnson, who placed the party above principle, a problem that frustrates activists to this day.

At the same time, kwame ture (Stokely Carmichael) was going beyond electoral politics by institutionalizing the term Black Power and founding the African People’s Revolutionary Party (AAPRP), a mass organization that internationalized the black rights movement. In what would have been his 81St. birthday on June 29, after dying of cancer at the age of 57, Turé’s name continues to be associated with radical grassroots communities organizing against capitalism and corporate privatization.

Kanafani also understood the importance of political education, a goal that Turé also supported. Brehony quotes him as saying:

“The goal of education is to correct the course of history. For this reason, we need to study history and grasp its dialectic in order to build a new historical era, in which the oppressed will live, after their liberation by revolutionary violence, from the contradiction that captivated them.”

In his most recent tribute, Ramzy Baroud reminds readers that Kanafani always emphasized the importance of context when discussing the Palestinian cause. “The role of the Palestinian intellectual,” Baroud recounts, must include that of “unpacking historical, political, and geopolitical facts for others,” rather than leaving that role to others who also “often speak on behalf of the Palestinians.”

Returning to the Court, it is not enough to focus on the present, as Turé and Kanafani knew. Both highlighted the need for political education, learning about the past to contextualize the present. They also saw the need for international liberation connecting the dots around the world.

As Ilan Pappé wrote in the foreword to The Last Land: A Palestinian History (2018) by Ramzy Baroud, Al-Nakba al-Mustamera (Ongoing Nakba) describes the period after 1948 when events are not just what happened in the past, but rather a very important part of the present (p. xi). In this age of collapsing time, it is more important than ever to place contemporary issues within a larger historical context.

In that sense, as Kanafani wrote, “the Palestinian cause is not a cause for Palestinians only, but a cause for all revolutionaries”, there should have been more outrage when Ayelet Shaked I call for the killing of Palestinian mothers who give birth to “little snakes.” Written many years before the reversal of Roe v Wade, Shaked’s call for the genocide of the Palestinian people through the murder of her mother was surely an attack on women’s reproductive rights. If the recent SCOTUS decision is put into historical context, then it is clear that there is a long history of attacks on women’s rights, and this one was made by a woman who saw all Palestinians as enemies.

If the same analysis is applied to the orchard decision, which gave states the authority to prosecute non-tribal members who commit crimes against Native Americans on Indian land, it is clear that attacks on tribal sovereignty have a history. Like scholar/activist Nick Estes of the Oceti Sakowin Oyate (Great Sioux Nation of the Nation of the Seven Councils of Fire) tweeted: “SCOTUS accomplished today what white supremacists attempted with termination,” specifically, the period from 1953 to 1968 when Concurrent Resolution Chamber 108 he strongly encouraged natives to leave their reservations for urban areas where there was rampant racism and few opportunities.

If, as Kanafani put it, the Palestinian struggle is shared by all “the exploited and oppressed masses of our era,” then native activists know how to link their struggle to the Palestinian one. “All Israeli bombs and bullets used against Palestinians and paid for with US dollars have been consumed by the blood and soil of American Indians.” tweetedEstes, thus linking the indigenous struggle in Palestine with his own.

In fact, in a recent decision, Israel’s high court approved the forcible relocation of more than 1,000 Palestinians in the Masafer Yatta area of ​​the southern West Bank. As Maureen Clare Murphy points out, if carried out, this will be “one of the largest expulsions of Palestinians since it occupied the West Bank and Gaza Strip in 1967.”

“Many of us can recall some of the most famous sayings of Palestinian revolutionary intellectual Ghassan Kanafani,” writes Omar Zahzah, “but current events also provide each of us dedicated to Palestinian liberation with an opportunity to begin to engage to these feelings through practice.”

Hopefully the above examples provide some context, while the mapping project discussed below provides the tools. As Zahzah describes in his article, the effort is a collective of activists who wanted to put a material face on the connections between “local institutional support for the colonization of Palestine and the damages that [the project sees] as linked, such as surveillance, US imperialism, and ethnic cleansing/displacement.”

As such, Zahzah states that the project provides “a detailed, locally derived index of collaborating institutions that, with varying degrees of visibility, are directly involved in or helping to refine and support the violence work of colonial surveillance across borders.

“Much like Kanafani observed decades before,” Zahzah concludes, “the ongoing struggle for full liberation and return requires a ruthless understanding of how local systems of violence take on global dimensions.”

With so many tools at hand, there is no longer an excuse to ignore the global links between what Zahzah calls “our shared oppression across the imperialized world.” On the anniversaries of his death and life respectively, Kanafani and TurThis It would be a pleasure if his work continued in the hands of current activists.

– Benay Blend earned his Ph.D. in American Studies from the University of New Mexico. His scholarly works include Douglas Vakoch and Sam Mickey, Eds. (2017), “’Neither Homeland nor Exile Are Words’: ‘Situated Knowledge’ in the Works of Palestinian and Native American Writers.” He contributed this article to The Palestine Chronicle.