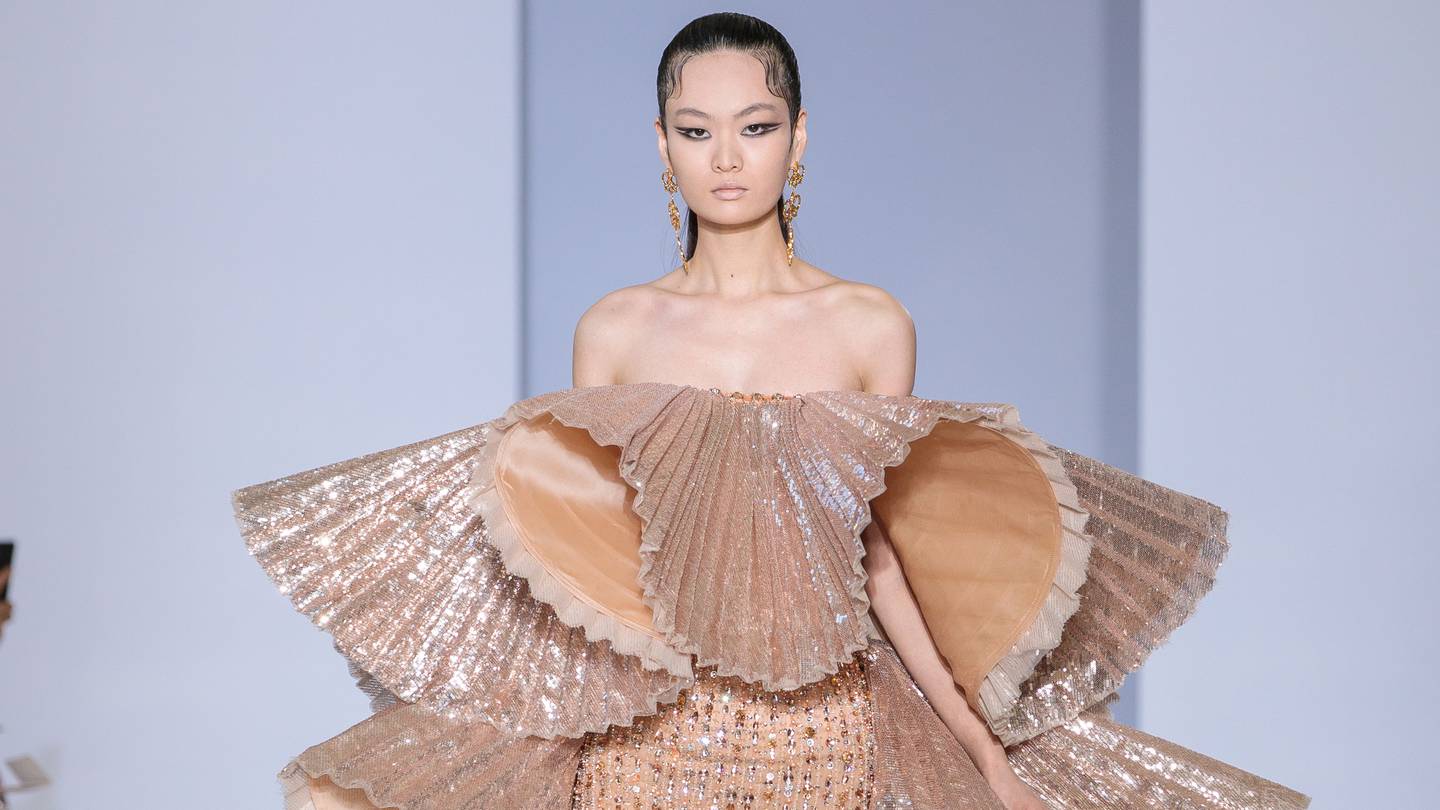 Georges Hobeika presented his fall/winter couture collection in Paris on Monday, and it was a family affair.

The Lebanese fashion house announced earlier in the week that Jad Hobeika, son of founder Georges, would join as co-creative director.

“Jad has been involved in the house’s creative process since 2019, beginning with the Birds of Paradise collection for fall/winter that year. Now he and his father will work on an equal footing, sharing responsibilities for collections and business strategies alike,” a company representative revealed on Instagram.

Scroll through the gallery above to see images from the collection.

The announcement coincides with the 27th anniversary of the house. Georges Hobeika launched his namesake brand in Lebanon in 1995. It was first presented in the French capital in 2001 and has been a regular at Paris Haute Couture Week ever since.

“It is an honor to be part of this journey, to contribute to the evolution of a fashion house that is brimming with dreams and creativity,” Jad wrote of his appointment.

Called Eternal Gifts, the fashion house’s latest couture collection marked the duo’s official debut as a team. Dubbed “a love letter to planet Earth and humanity”, the collection was brought to life by the seamstresses of the maison’s Beirut atelier and referred to waterfalls, waves, flowers and the sun.

The presentation opened with a short white dress with sequins and feathers, which shimmered as it caught the light. This ethereal effect was carried over to look two, where silver sequins and crystal beads adorned a maxi skirt and crop top.

See also  'You can be feminine and strong'

Rare pops of color came in the form of an oversized, floor-length yellow bow, a yellow balloon dress with a single, barely visible strap consisting of a delicate strand of crystals winding over the shoulder, or a Short yellow cape dress with oversized crystal buttons.

There were body-hugging dresses in nude and white, and full, structured skirts paired with cropped, long-sleeved tops with beaded strands down the front.

Shimmering tassels lent a sense of movement to one diaphanous 1920s-inspired dress, while a 3D effect was created in another with floral shapes, spreading and curling around the bodice.

The palette eventually expanded to include soft shades of turquoise, the palest of pinks, mint greens and baby blues, in the form of a kaftan with huge feathered sleeves, and then to lime greens, fuchsias and peachy oranges. Long, flowing sleeves fell to the floor and were offset by thigh-high slits and midriff-baring cutouts, in an overwhelmingly sensual and feminine collection.