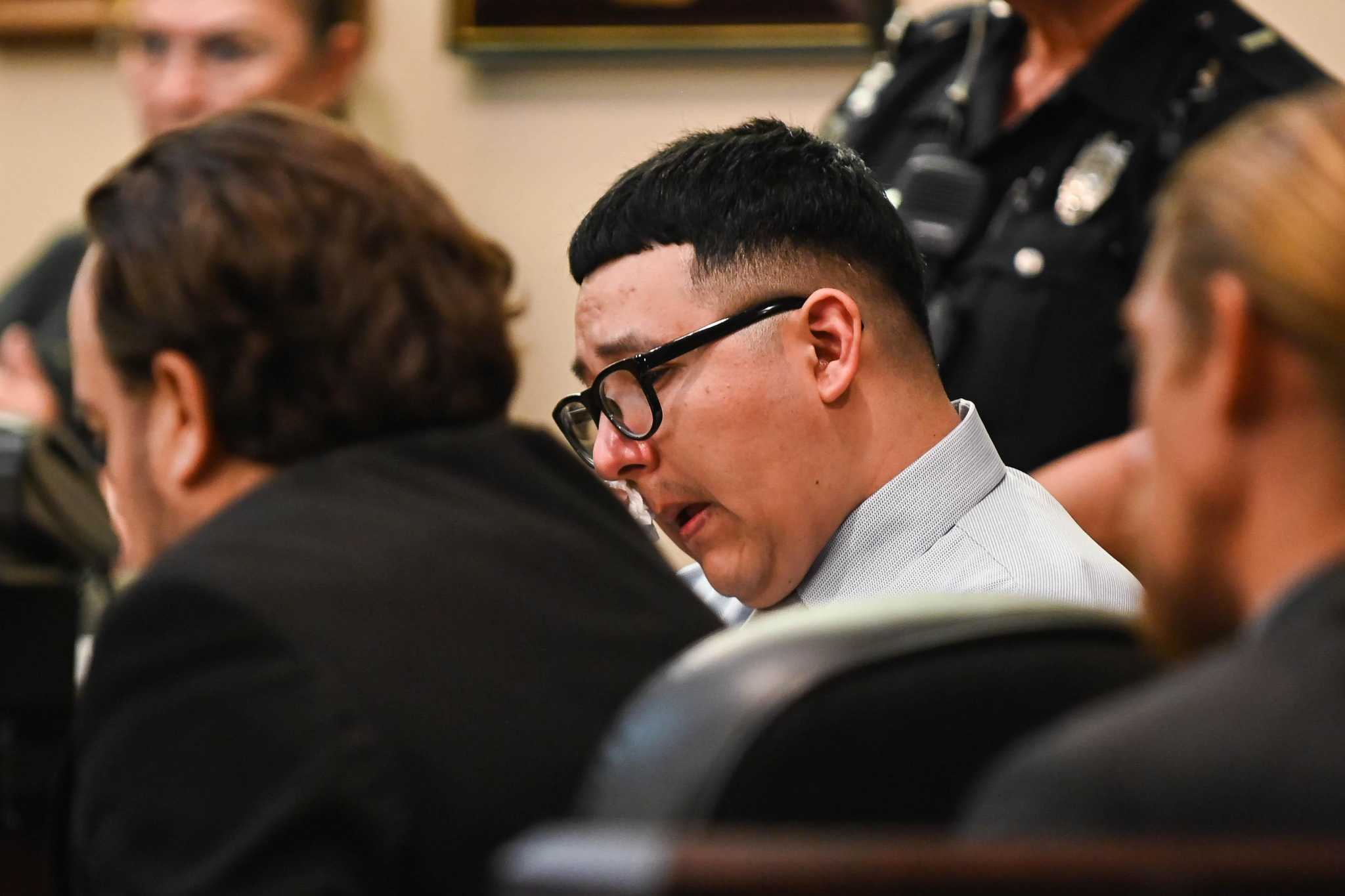 The testimony of two girls who found their mother lying in a pool of blood nearly two years ago marked the start of their father’s murder trial on Tuesday.

The oldest, now 10, said she texted her grandmother to say, “I think mom is dead.”

The girls are state witnesses in the trial of Jorge Izquierdo, accused of on-and-off shooting his girlfriend, 27-year-old Cora Ann Nickel, on August 20, 2020.

Izquierdo, 31, wept and wiped tears from her eyes at the defense table as her daughters walked by, each carrying a stuffed animal. Neither looked in her direction.

They are not being identified because they are minors. The youngest is now 7.

Prosecutor Kristen Mulliner said in her opening statement that Izquierdo and Nickel got into an argument as they were leaving a party for Izquierdo’s mother and when they got home, it spilled over into the house.

Mulliner said Nickel asked Izquierdo to leave, but he didn’t.

“Jorge leaned her (Cora Nickel) over the sink, put a gun to her head and fired,” Mulliner said.

The file: Local crime and court news delivered to your inbox weekly

She said Izquierdo fled, leaving her car in the driveway on Maverick Draw on the northwest side, and a neighbor’s surveillance camera caught someone running between the houses at that time, Mulliner said.

Defense attorney Jennifer Zarka implied the death was a suicide, saying Izquierdo was upset and left the state because “a beautiful young mother” had died “of a single gunshot wound to the head.”

She said the evidence against her client was circumstantial, there were no witnesses to the shooting and no gun was found at the scene.

The oldest daughter said that Izquierdo had picked her, her sister and their mother up to go to Izquierdo’s mother’s birthday party.

“We had a good time,” but when they got back in the car to leave, “mom and dad started arguing,” the 10-year-old said. “My mom told my dad to go away.”

The girl testified that Nickel put both sisters to bed in their upstairs master bedroom. Before she and her sister fell asleep, she said, she heard a door open, then close, and then she heard someone enter.

The girl said she woke up at 4 am.

On ExpressNews.com: Murderer of ex-wife in San Antonio gets 15 years

“I went downstairs because mom wasn’t in bed with us,” she said. “I saw her lying there, with liquid all around her. I thought it was a nightmare and went back to bed.”

Frightened, the girls went back upstairs and the oldest began texting and calling Izquierdo from her mother’s phone, she said. The phone went to voicemail, she said.

“I got scared,” said the older brother. “I called my grandmother and she came right away.”

The girl’s 7-year-old sister gave a similar testimony, adding that her father was drinking in the car on the way home from the party.

On cross-examination, Zarka asked each girl if she had ever seen her mother with a gun. Each said no, but she said they knew her father had a gun that he kept in her house and another in his car.

Her grandmother, Lynette Robinson, told the jury that she considered the relationship between her daughter and Izquierdo to be “toxic” as the couple repeatedly broke up and got back together. They shared a house for a time, but mostly lived apart.

Robinson said she missed her granddaughter’s phone call, and when she called back, the girl said, “Something happened, there’s red stuff all over the flat. I think mom is dead. They seemed distressed.”

Once Robinson arrived at the house, he went upstairs and immediately led the girls outside. Then he checked on his daughter.

“As soon as I walked in, I knew it,” Robinson said. “I had to physically touch her. She was freezing.”

When a prosecutor showed Robinson a photo of her daughter with her daughters for positive identification, Robinson wept.

“I saw my daughter lying on the ground surrounded by blood,” he told the jury. “She had wide eyes.”

The case is being heard in the 175th District Court, presided over by Judge Catherine Torres-Stahl. If he is convicted, Izquierdo faces life in prison.