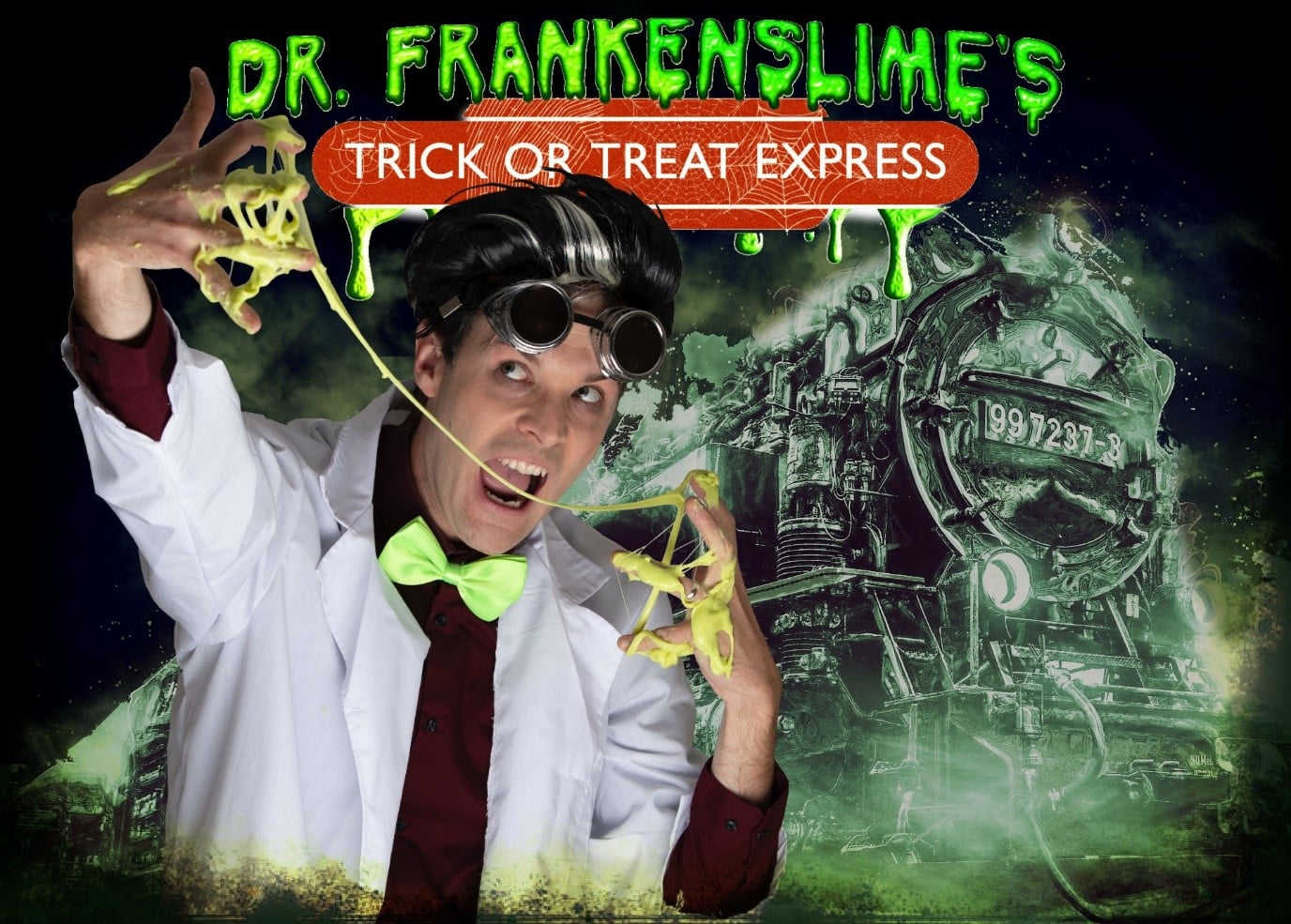 HALLOWE’EN draws a huge web over stately homes, farms and country parks alike, this October half.

There is a special service on the Spa Valley Railway on October 29 and 30, with Dr. Frankenslime traveling into madness aboard the steam-powered Trick or Treat Express service. He is trying to make himself a girlfriend, but if you somehow manage to get back to the station in one piece, the mad doctor’s experiments continue at Tunbridge Wells West station, with the production of glow-in-the-dark slime. Samples available to go! Halloween weekend plus Monday-Friday services during mid-term.

Groombridge Place and Once Upon a Wish Events open their doors on the other side from October 22-30. In ‘School of Witches and Wizards’, your potions training job includes making your own bubble snake! There are also the shows ‘Spooky Disco’, ‘Pumpkin Hunt’, ‘Pumpkins and Pixie Dust’, ‘Hallowe’en Show’ and more.

At Hever Castle, the costumes enter on the backs of children, galloping through a dead zone of witches, zombies, skeletons and bats, searching for the hidden letters to spell a mystery word. In the meantime, if the young visitors manage to escape the storytellers’ spell, they can pave the way for next year’s vampire EXCLUSION zones by planting garlic bulbs.

At Penshurst Place & Gardens, the outdoor garden path is structured around the story of ‘The Failed Witch Heist,’ in which children search for clues to help coven elder Agnes Clara protect her book of spells of thieves (October 24-28). Inside, come to the fireplace in the medieval Baron’s Hall to hear a “not-too-spooky” tale from the soothsayer Doctor John Dee (October 24-28).

On stage and screen

projection in Trinity Theater tonight at 8:00 pm (September 28) Vanessa van Zuylen’s ‘Eiffel’ offers viewers stunning cinematography in this fast-paced film of forbidden passion. As a collaborator on the Statue of Liberty project, civil engineer Gustave Eiffel is under pressure from the French government to design something spectacular for the 1889 World’s Fair in Paris, even though the only thing he wants to work on is the subway. Paris. Everything changes when he crosses paths with a woman from his past who inspires him to change the skyline of Paris forever…

Master of one-liners Milton Jones arrives at The Assembly Hall Theater next Monday (October 3), strangely without any costume as he plans to have a good gossip about his past career as a spy. He says, “Milton Impossible is a show about my career as a spy. Some people say they really love it, others that they can’t believe how many stupid jokes it contains, and an old man in Bolton said: ‘It’s just what we need right now.’ (None of them told me these things directly, but I still have a lot of powerful listening equipment.)”

The following night (October 4) at the Assembly Hall, Europe’s leading ABBA tribute group, Abbamania, put on a sensational two-hour show of timeless hits from ‘Waterloo’ to ‘Dancing Queen’. So dust off your platforms, put on your sparklers and come enjoy an unforgettable night!

Also on October 4 is the international award-winning smash hit ‘Bromance’ at the E.M. Forster Theater. The five-star circus sideshow has relationships at its heart, where handshakes turn into handstands and pats on the back turn into cartwheels. Bold, moving, exhilarating and soundtracked, this avant-garde performance of physical heroics blends the acrobatics of the circus with the emotional impact of the theatre.

Whether you’re looking for a place to showcase your talents or want an evening of music from newcomers, open mic nights at uniform flow on St John’s Road brings a new wave of entertainment to the city. Join the family-friendly record store and cafe this Thursday (September 29) and the last Thursday of every month, as you enjoy a drink or two and a bite to eat.

the gray lady Sessions have been running since August 2005 and offer an intimate candlelit live music experience. This Friday (September 30), enjoy two of the best original acts in the local area with a performance by Frances Yonge and Jennifer Lee Ridley. Doors open at 7:15pm and tickets can be purchased for £10. Arrive early at The Pantiles venue to enjoy the well-stocked bar and Mediterranean menu.

Ben Poole, internationally recognized recording and touring artist and award-winning guitarist, brings to Forum October 6. Nominated as one of the ‘World’s Best Blues Guitarists’, the singer-songwriter is very much at the forefront of the global blues-rock scene. Described as ‘the complete package’ by Maverick Magazine, this night is not to be missed and tickets can be purchased for £15.

See also  Here are 15 women's college basketball players to watch out for this season.

Join Mr. Tom Carradine in ‘Ol’ Joanna’ as he presents an evening of timeless songs with audience participation on September 30 at The Green Duck Cafe and Bar on Grosvenor Rd. Let your host lead you through a traditional Cockney sing-along, featuring classics from the music hall era, the World Wars, the West End stage, and traditional songs from across the decades. Tickets are £20 per person and include an antipasti board.

As the air turns crisp and we say our final goodbyes to summer, pack up your hiking boots and head to hever castle to enjoy the fall color throughout the month of October. Rich yellow, red, and orange leaves form the backdrop for castle events and activities.

autumn in Arty Farty Retreat in Southborough you see a lot of fantastic workshops for all ages. From creative expressions to ceramics and watercolors, children can be part of a creative community. Join the Retreat on October 4th for the Kids Create weekly after school club where kids can express themselves, socialize and collaborate and enjoy different projects each week.

There are only three days left to take advantage of the savings this September at drink water. Book now and save up to 50 percent on activities like kids’ bike rentals, camping, laser challenge and water park.