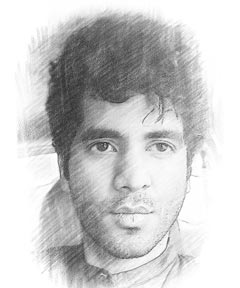 They had no idea what to do in the post-Soviet war era. When milked enough by non-state actors and global agencies, they had no choice but to become a pack of notorious hunters, who would now resort to taking advantage of anything that got in their way. However, this time, Savannah was traded with the vast expanses of Afghanistan, and the hunt was on.

Having withdrawn the Taliban’s whip, they learned the art of diplomatic and cold warfare, and this is how they persisted for decades. With no formal education, tech awareness or research excellence up their sleeves, they chose to outsource technocrats and this is exactly what they did last year. All they had to do was process a “Talent Acquisition Program”, where they managed to attract a fleet of like-minded “Islamic Technologists”. The rest is history. The self-proclaimed Islamic State grew exponentially and became a total responsibility on the shoulders of the United States of America, which smartly withdrew from the land of “Halals” and “Harams” and stopped raising the children it once they offered them space and food!

The income sources of the Taliban have been kept unknown during this intervention and honestly the one we know is “Haram” according to the book: Opium Cultivation in Afghanistan.

Time for a reality check: “Afghanistan supplies 80% of the world’s demand for opiates and heroin.”

The higher education minister was left with dashed hopes when he learned that the Grand Imam of al-Azhar University called his government’s decision bad.

“Opium cultivation in Afghanistan has increased by 32% over the previous year to 233,000 hectares, making the 2022 crop the third largest area of ​​opium cultivation since monitoring began. Income earned by farmers from opium sales tripled from USD 425 million in 2021 to USD 1.4 billion in 2022, the equivalent of 29% of the value of the agricultural sector in 2021.”

The Qur’an clearly says: “All intoxicants create drunkenness, therefore all intoxicants are prohibited.” However, despite claiming their reign as an Islamic empire, a slight “tampering” with the meaning of Quranic verses wouldn’t bother them as long as they pay their bills; and perhaps they would have someone on board who would pass a Fatwa in favour, considering that the former are struggling with hunger, poverty and an unprecedented economic downturn.

On the other hand, despite the clear mention of education for men and women as compulsory in the Qur’an, the unemployed Taliban thought that they should play a little with the associative matrix of Islam, and rather discard the orders and guess what is it happened to them. A week ago? They have decided to ban girls from all kinds of education in Afghanistan.

The news is that the Taliban-led government in Afghanistan has barred women from attending universities in part because female students failed to adhere to its interpretation of the Islamic dress code and interacted with students of different genders. Female college students were denied entry to campuses and told their access would be restricted “until further notice.”

Although they had been ousted from public and professional life since the Taliban takeover in 2021, the ideology monger thought his groundbreaking decisions should be broadcast in the global media, and here’s what they came up with.

Their decision drew a strong reaction from the Islamic intellectual diaspora, and they did not expect this. The higher education minister of the so-called Islamic empire swooned upon learning that Dr. Ahmed Mohamed Ahmed El-Tayeb, the Grand Imam of al-Azhar University, called his government’s decision to ban university education for women as contrary to Islamic principles. as poor and implored the authorities to check it out. He stated that “the decision has shocked the conscience of both Muslims and non-Muslims, and no Muslim leader should order such a shameful decree.”

This is not the first time the Taliban government has indulged them in public collusion with their clandestine agendas; essentially, they have gored the hearts of these girls many times in the recent past. This imposition not only marks his fixation on women’s empowerment, education, and grooming, but also shines a light on his deceitful pretensions, his intellect, his nuances, his hypocrisy, and his approach, and it certainly hasn’t impressed us. none of us with their pick of a few quotes from their book, they worked in their backyard, imposing the unsolicited regulations and snubbing what was originally commanded in the holy book they apparently follow.

The writer is a research based analyst and communication specialist from Islamabad. He can be reached at mbilal.isbpk@gmail.com.