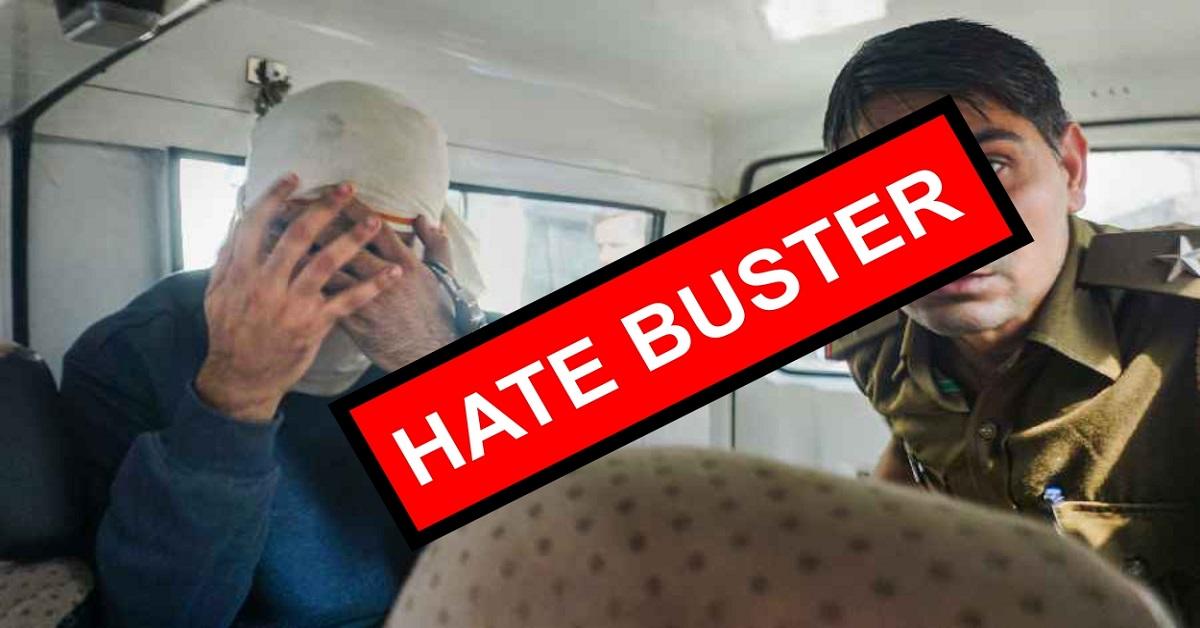 Claim: The speaker in the video, Gautam Khattar, claims that 99.9% of Muslim men have been involved in courting innocent Hindu women and getting them to fall in love with them. The announcer then says that of all these women, 80% of them have been murdered or raped, and the rest live in hell.

arrested! There are no such official statistics published by any authority or body, or even by any organization, to support Khattar’s unsubstantiated claims. The National Crime Records Office, each year, publishes a Crimes in India report that documents crimes committed against women, but they are not classified by community.

These numbers have just been declared to push the communal agenda, strike fear into the public mind and create disharmony in our country.

The case the speaker is referring to here is a gruesome murder case given a communal color by Hindutva groups. From a case of violence and murder of a woman, it has now been presented as a lesson for all those Hindu women who choose to cross the social barriers of segregating people based on their castes, beliefs and religions.

In the video, the speaker, Gautam Khattar, is seen referring to the recent murder case of Shraddha Walkar by her boyfriend, Aaftab Poonawala. In this particular case, her boyfriend and girlfriend were living together as a couple and had a fight. As a result, the boyfriend strangled the girl and then dismembered her body into 35 pieces. Since the couple belonged to different religions, the speaker in the video can be heard comparing this aforementioned case to a case of love jihad. To make his case, he cites certain percentages. As stated by him, 99.9% of Muslim men have been involved in courting innocent Hindu women and getting them to fall in love with them. He goes on to say that those Hindu women are suffering today and they are victims. The announcer then says that of all these women, 80% of them have been murdered or raped, and the rest live in hell. In addition to this, he says that for all this, neither the Muslim nor the parents of the Hindu girl can be blamed, who are trying to stop her. But, as the girl believes in her advanced thinking, she breaks the relationship with her own family and enters into a cohabitation relationship with the Muslim man. Reconnecting with the case, the speaker says that the girl then goes to Delhi, earns and eats alone and indulges in the drama of love. After a few days, the same girl is put in the fridge after being murdered.

Although it can be deduced from the facts of these cases that it is only a case of a crime committed against women, a communal color is being given to it.

India sees multiple cases of crimes against women on a daily basis. From sexual assault and abuse to rape, domestic violence and dowry death, crimes against women have been on the rise. While some of these cases are covered by the Indian mainstream, based on the caste, creed and religion of the woman, the case of Aaftab Poonawalla and Shraddha has been dissected by the media to propagate to the Muslims in the bad light.

To dispel the myth that only Muslim men indulge in killing a woman in such horrific ways, we have compiled a list of crimes committed against women in the recent past, in which the perpetrator was not a Muslim man. .

To show the prevalence of domestic violence in India, here are some revealing statistics on the same. The NFHS Fifth Round (2019-21) shows that 31.5% of Indian women in the 18-49 age group have experienced physical and sexual violence at least once.[1] The NFHS data further shows that multiple factors affect the likelihood of this type of violence against women, such as age, education, income, etc. their lifetime, this number increases with the age of women (to 35.3%) up to the age group of 30-39 years. It did decrease slightly in the age group of 40-49 years (35.2%). Compared to urban women, rural women are much more likely to have experienced physical or sexual abuse. Higher levels of education and income help reduce the likelihood of physical violence against women, but do not completely eradicate it, as the Shraddha case demonstrates.[2]

The World Health Organization Global Database on the Prevalence of Violence against Women provides a consolidated global database on the prevalence of intimate partner violence in 158 countries around the world.[3] These numbers are based on the latest nationwide surveys conducted during the period from 2000 to 2018. WHO data shows that 18% of Indian women aged 15-49 experienced at least one form of intimate partner violence in the previous 12 months. This figure puts India 33rd highest out of 156 countries for which a comparable estimate was available.

[3] Estimates of the prevalence of violence against women (who.int)

I hate Buster! Kolkata policeman was not killed by mob protesting against Nupur Sharma’s anti-prophet comments
Hate Buster: Conspiracy theories about the collapse of the Taj Mahal, once again
Hate Destroyer: No! Eating at Muslim-owned restaurants does not cause impotence
Hate Buster: Harsha Jingade’s sister does not support calls to boycott Muslim businesses
Hate Buster: Why is the right so afraid of Sai Baba of Shirdi?