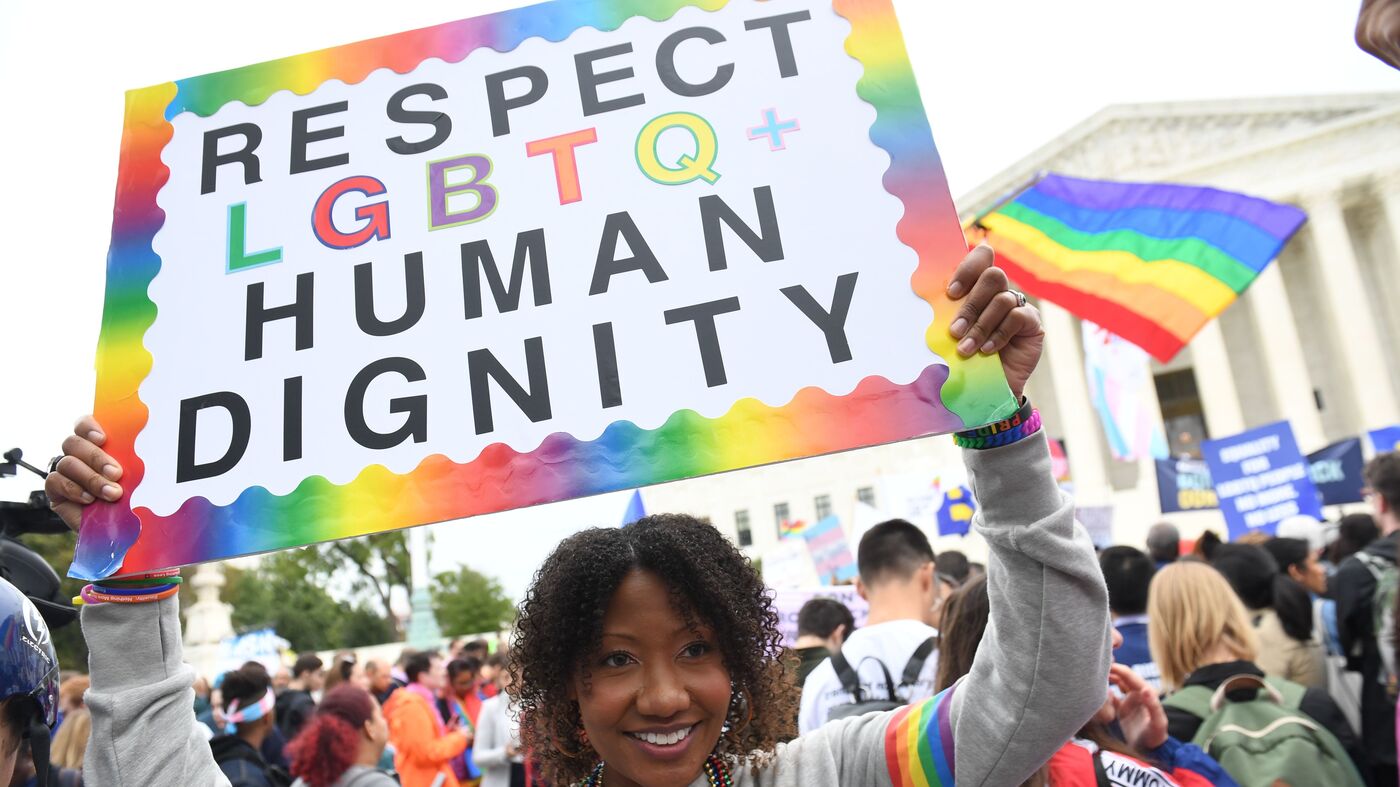 A new GLAAD report highlights the high rate of harassment and hate faced by LGBTQ users on social media. In this photo, protesters demonstrate for LGBTQ rights in front of the US Supreme Court in 2019.

A new GLAAD report highlights the high rate of harassment and hate faced by LGBTQ users on social media. In this photo, protesters demonstrate for LGBTQ rights in front of the US Supreme Court in 2019.

“Of particular concern, the prevalence and intensity of hate speech and harassment stand out as the most important issue in urgent need of improvement,” the organization focused on ending discrimination against LGBTQ people said in its inaugural Hate Index report. social media.

Sixty-four percent of LGBTQ social media users reported experiencing harassment and hate speech, a much higher rate than all other identity groups. Facebook users experienced the highest percentage of online harassment. About 75% of those who experienced online bullying reported that at least some of that bullying occurred on Facebook. Smaller actions experienced harassment or hate on Twitter (24%), YouTube (21%), Instagram (24%), and TikTok (9%).

In an interview with Axios on HBO that aired Sunday night, GLAAD President and CEO Sarah Kate Ellis said the organization planned to give each of the social networking sites a rating as part of its index, but abandoned that plan after determine that everyone would receive a failing grade.

Ellis said online hate speech and harassment can be linked to real-world fallout, including the recent wave of legislation targeting the transgender community across the country.

“I think there are hotlines, unfortunately, for suicides in our community,” he said.

Physical violence against the transgender and gender nonconforming community is also at its highest level since the Human Rights Campaign began tracking the phenomenon in 2013. The group reported than in 2020 at least 44 transgender or gender non-conforming people were fatally shot or killed by other violent means. Most of the victims were Black and Latina transgender women.

The GLAAD report noted several positives in the policy changes made by the social media giants as a way to improve behavior and reduce misinformation.

So far this year, Twitter and Facebook have announced new features with the aim of improving the behavior of the site.

In March, Facebook said it would allow users to limit who can comment on their posts and make it easier for users to fine-tune their news feed algorithm.

Last week, Twitter announced it would release a plugin that detects “bad” responses on its service before a user hits send. When such a tweet is composed, an automated message says, “Do you want to review this before tweeting?”

But social media can, and should, go even further, GLAAD said.

Among them, GLAAD calls for greater protection of LGBTQ users in community guidelines, better content moderation, mitigation of algorithmic bias, and an increase in LGBTQ hiring, inclusion, and leadership at these companies.

See also  The history of civil rights is American exceptionalism

The report said: “While Facebook, Twitter, YouTube, Instagram, TikTok and others must balance concerns about freedom of expression, it cannot be argued strongly enough that social media platforms must take substantive, meaningful and much more aggressively to prioritize the safety of their LGBTQ users and to stop the epidemic of hate and extremism.”