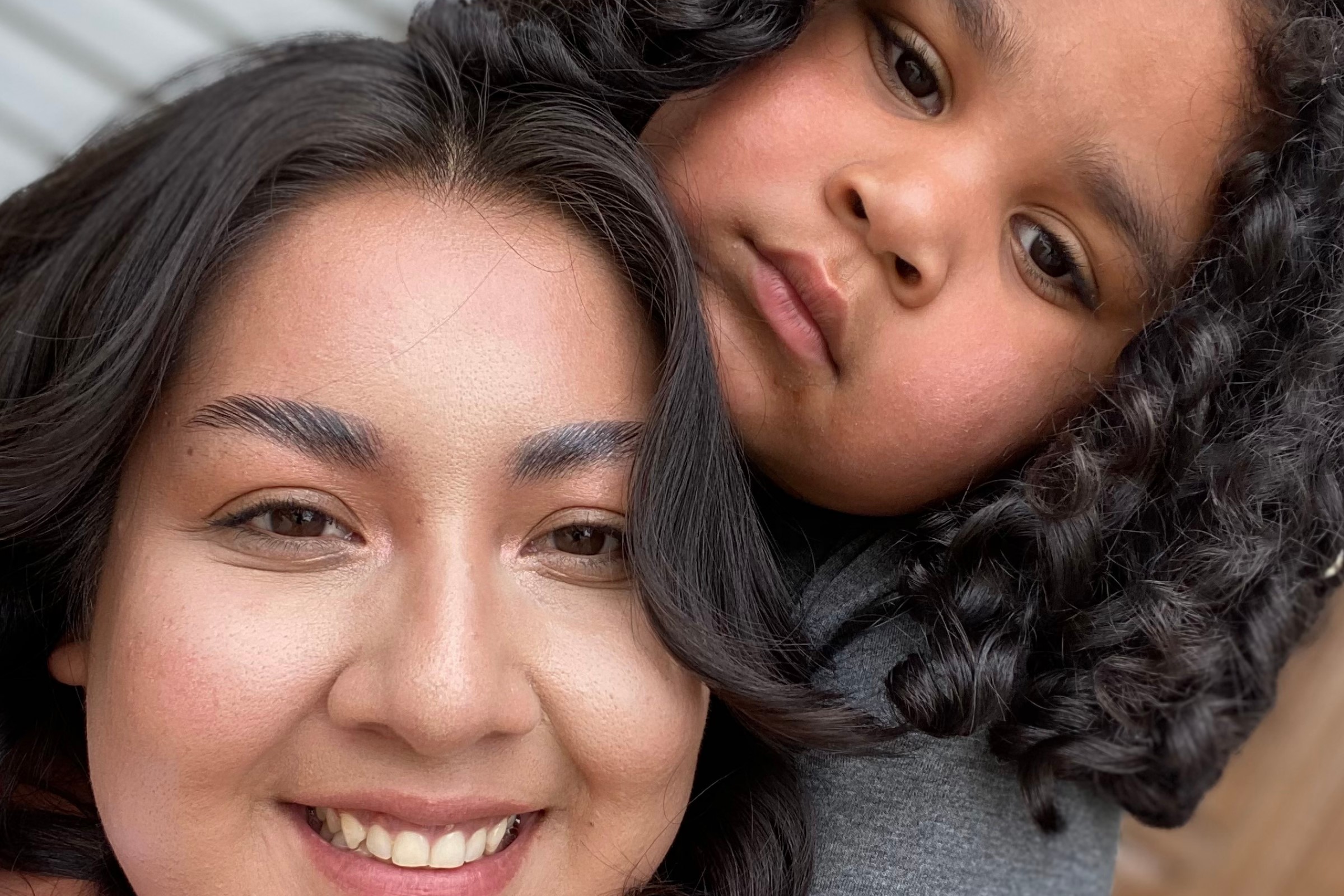 I always wanted to have five children. I grew up wanting to be a mom. So being pregnant was a really exciting time. I was 20 years old at the time, serving in the US Army in Virginia, and married. My husband and I were actively trying to have a baby, so we were thrilled to get pregnant. We were happy, excited and prepared.

My son Demetrious, we call him Demi, was born in 2018. Everything was going great; he was meeting all his milestones, some of them very early. But between a year and 18 months, we started noticing little skills, like blowing kisses and saying “bye-bye,” that started to regress.

Then came early childhood intervention, recommended therapies, and doctors telling us to check her hearing and her eyes, and anything else that might be causing her to regress. But he got great scores on all the tests, so for the first two years of his life, we just did occupational therapy at home and I worked on developing and developing his skills. Later, Demi’s father was ordered to go to Italy in his role with the army. We realize that Demi may not get the best care abroad. So my son and I decided to return home to Idaho to live with my family. A year after I moved back to Idaho, in December 2020, Demi was diagnosed with autism. He was prepared for it; He knew he was coming, but it was difficult.

Demi is now 4 years old. He requires a lot and sometimes having me is not enough for him. It can be overwhelming, because it’s just me; My husband and I decided to separate for a bit after Demi’s diagnosis. When Demi is looking for something to do, or someone to do it with, he comes to me. I have my family, because I live with them, but they are much older and my son is very strong. So it’s a battle. He is always hyperactive and always wants to be on the go. Sometimes I feel like I don’t have my own time. I am responsible for him, so when I do things for myself, I feel guilty.

I had just woken up on June 24 when I saw that Roe v. Wade had been overturned by the United States Supreme Court. It was incredible. I was shocked. That day on Twitter seemed like a day of division, it was really sad.

Of course, I started thinking, “What am I going to do? How am I going to avoid pregnancy?” I am a single mother and I live with my parents. I am currently a student getting my prerequisites to go to medical school for radiological sciences. So I couldn’t afford another baby and I can’t afford to travel for an abortion if Idaho’s trigger law prohibits it.

It had always been in my mind that if I got pregnant, it was okay, because I had access to a safe abortion if I needed one. So when I read the news, all I could think was: I can never get pregnant again. Because I know my son needs me.

I am now 26 years old and with all my son’s needs, I don’t have time for another son and I don’t see myself having time for the next five to 10 years. So I have definitely looked into tubal ligation; tying my tubes. It’s really something I’m considering.

I don’t plan on moving anytime soon because my family is here and they are my biggest support when it comes to my son and his disability. So I need to stay in Idaho, but I’m not going to have access to safe abortion. I wouldn’t be able to travel for an abortion and birth control doesn’t work for me. I feel like my only option is to get my tubes tied. I had never felt so separated from what I thought was my freedom.

I feel like America is going backwards. We are not progressing. I feel like we’re so focused on keeping things the way they are, that we’re never going to make any progress. Women’s rights are being stripped away. It’s almost terrifying to be a woman. Especially in a state like Idaho that is so Republican.

I go to a lot of support groups for moms with children who have disabilities, so a lot of them are in the same situation as me. Other friends I’ve talked to just don’t want kids, and that’s okay. They should have that option. But the punishment for having sex and potentially getting pregnant shouldn’t be that they are forced to keep their child. That’s not fair. My friends who don’t want kids now even joke about not having sex.

At the moment, permanent birth control seems to be my only option. It scares me and makes me a little sad to feel that this is my choice.

Right now, I don’t feel like I can even think about having more children. But I don’t know how far my son could progress. Perhaps in 10 years he will have progressed a lot and could think about having children. But if they tie my tubes I won’t be able to. And it will be because I felt, when my freedoms were stripped away, that I only had one choice.

Leslie Washington (née Bullon) is a makeup artist who lives in Idaho with her son, Demi. You can follow her on Twitter @_campleslo.

All opinions expressed in this article are those of the author.

As he told Jenny Haward.