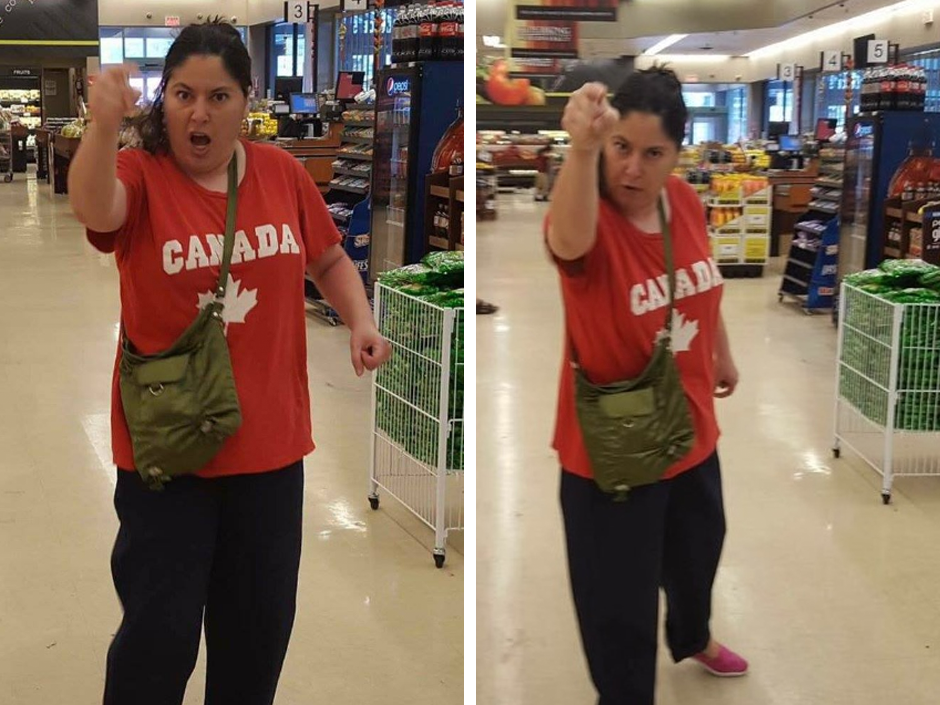 LONDON, Ontario — What started as a search for cheese and berries in a grocery store left a 25-year-old Muslim mother with a black eye, chipped teeth and heightened fear for the safety of women wearing hijabs.

“I am concerned about the safety of all Muslim women who wear hijabs,” the woman, who did not want to be named, said Wednesday.

“Before I thought it was just a statistic that would happen to people, but now I know it’s real and it happened to me.”

Police in London, Ontario, said Wednesday that a 38-year-old woman was arrested Tuesday night and charged with assault.

The Muslim woman is on maternity leave from her job as a pharmacy technician. She said she was beaten, spat on and ripped off her hijab.

She was shopping on Monday around 5:00 pm when she noticed a woman looking at her and muttering in a foreign language. She said that she asked the woman what her problem was.

I’m from here, I’m Canadian, you can’t tell me to go home (because) this is my country too.

The woman then approached the victim, who was tending to her four-month-old baby in a stroller. As five bystanders looked on, the woman cursed loudly in English, the victim said, and then spat at her.

She said she slapped the attacker as a natural reflex. She said the attacker pulled her by the head and dragged her away from her son’s head, which was left unattended. The victim said that she was pinned to the wall and hit up to three times on her face.

The victim’s hijab, a religious head covering, fell over her shoulders, exposing hair that had been covered for 16 years.

See also  COVID-19, climate crises create opportunities to promote gender equality by putting women at the center of recovery plans, listens to the Commission during the interactive dialogue - World

Two more shoppers joined the group watching the attack, but no one tried to help her, the victim said.

“I felt embarrassed because at that moment everyone was looking at me… I was alone, in shock.”

He called the police while watching the attacker walk towards the checkout. She said that she followed him and took a picture of her with her cell phone. The photo of an angry woman wearing a Canada T-shirt and pointing her finger spread wildly on social media Tuesday after the victim’s brother-in-law posted it on Twitter.

The victim said she agreed with local Muslim leaders who said the attack was motivated by hate.

The victim said she seeks solace from her family and her five siblings, three of whom also wear hijabs.

She suggested that the act of aggression was motivated by misrepresentations of Muslims in the news.

Despite feeling left out, she said she is a fourth-generation Canadian whose great-grandparents moved to Canada from Ireland before laying the foundations to start a life in London.

“I’m from here, I’m Canadian, you can’t tell me to go home (because) this is my country too.”

See also  10 defining phrases of the decade made by women