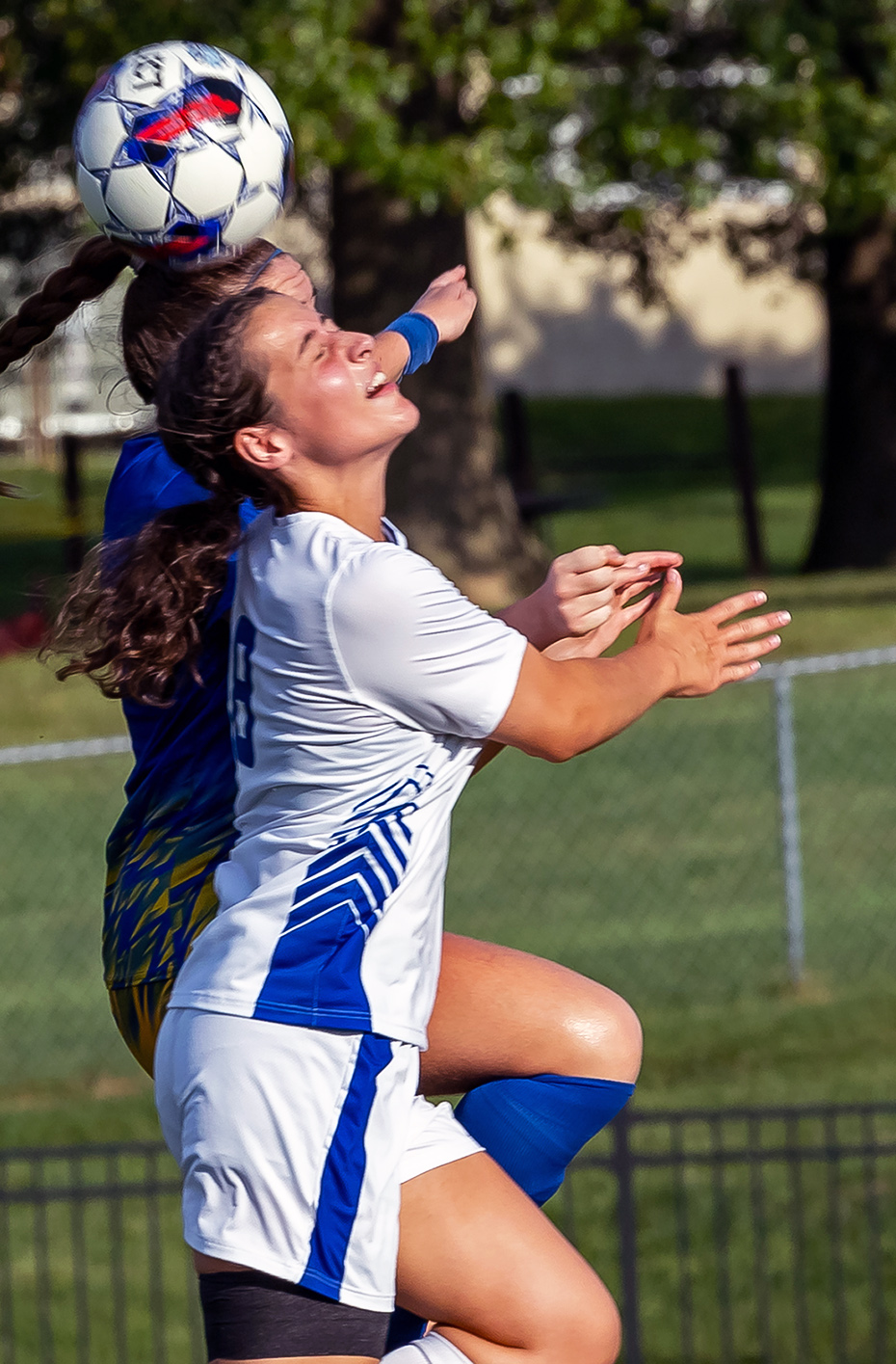 GODFREY – The Illinois Central College women’s soccer team presented LCCC with “What goes around comes around” on Wednesday.

After seeing the Trailblazers lead early 1-0, the Illinois Central rallied to tie the score at halftime, then rolled in the second half for a 5-1 Region 24 win at Tim Rooney Stadium. .

The victory kept the Illinois Central undefeated and gave the Cougars a stranglehold to gain home-field advantage throughout the postseason. It also held Lewis and Clark winless in Region 24 play.

It is uncharted territory for everyone.

Just last season, Lewis and Clark defeated Illinois Central 2-1 to win the Region 24 Tournament in East Peoria before falling one game shy of their seventh trip to the NJCAA Division I Nationals, where they hoped to go. after his third national championship. .

Illinois Central is 8-0 after Wednesday’s win and 4-0 against Region 24 teams. LCCC is 1-4 overall and 0-4 against regional teams. The regional standings are used to determine the seeds for the Region 24 Postseason Tournament.

Last Saturday, Lewis and Clark went head-to-head with the Illinois Central in East Peoria before falling 1-0 on a Cougars penalty kick. And even on Wednesday, the Trailblazers started like gangsters with an early goal.

But the Cougars stayed the course and wore down an injury-plagued Trailblazers team that has depleted a handful of players off the bench.

“We had two girls that had to miss out due to concussion protocol,” LCCC freshman head coach Justin Bernaix said. “And we had others out with other injuries. We’re just not deep enough to hang out with a team like ICC like that.

“We started well today, but congratulations to ICC. They kept reaching out to us.”

Anaé Roberts gave the Trailblazers their lead early, less than four minutes into the game, when she scored on an assist from Clara Dotigny.

The Trailblazers held that one-goal lead until midway through the half when the Cougars tied it 1-1 on a Valeria Duque penalty kick.

Duque earned the penalty kick when Erin Sylvester of the Trailblazers brought her down inside the LCCC penalty area. Her penalty kick was high and straight at LCCC goalkeeper Kendall Chigas, but she had enough behind to deflect off his hands and into the goal.

It didn’t take long for the Cougars to assume full control in the second half.

In the 51st minute, Meritxell Mena Borrull gave the Illinois center-back the lead, definitively. Eight minutes later, Borrull’s shot became the knockout blow as he hit a corner kick that went straight into the goal when Chigas failed to control a knuckle sunk into the near post.

“That was like the straw that broke the camel’s back, when they went ahead and then they put the goal in the corner,” Bernaix said. “It was quite difficult to recover after that.”

The Cougars added a Carolina Schultz goal with 2:30 left.

“ICC is a solid team,” said Bernaix. “They are undefeated and there are reasons for that. I just hope we can focus on the positives, work on what we need to work on and hopefully be good enough to get a third chance.”

LCCC will take on Region 24 foe Wabash Valley on Saturday at noon in Mount Carmel. The Warriors, who outscored the LCCC 1-0 earlier this season at Godfrey, were 2-2 heading into Wednesday’s game against Mineral Area College. On Saturday, they defeated Lincoln Trail College 3-1.